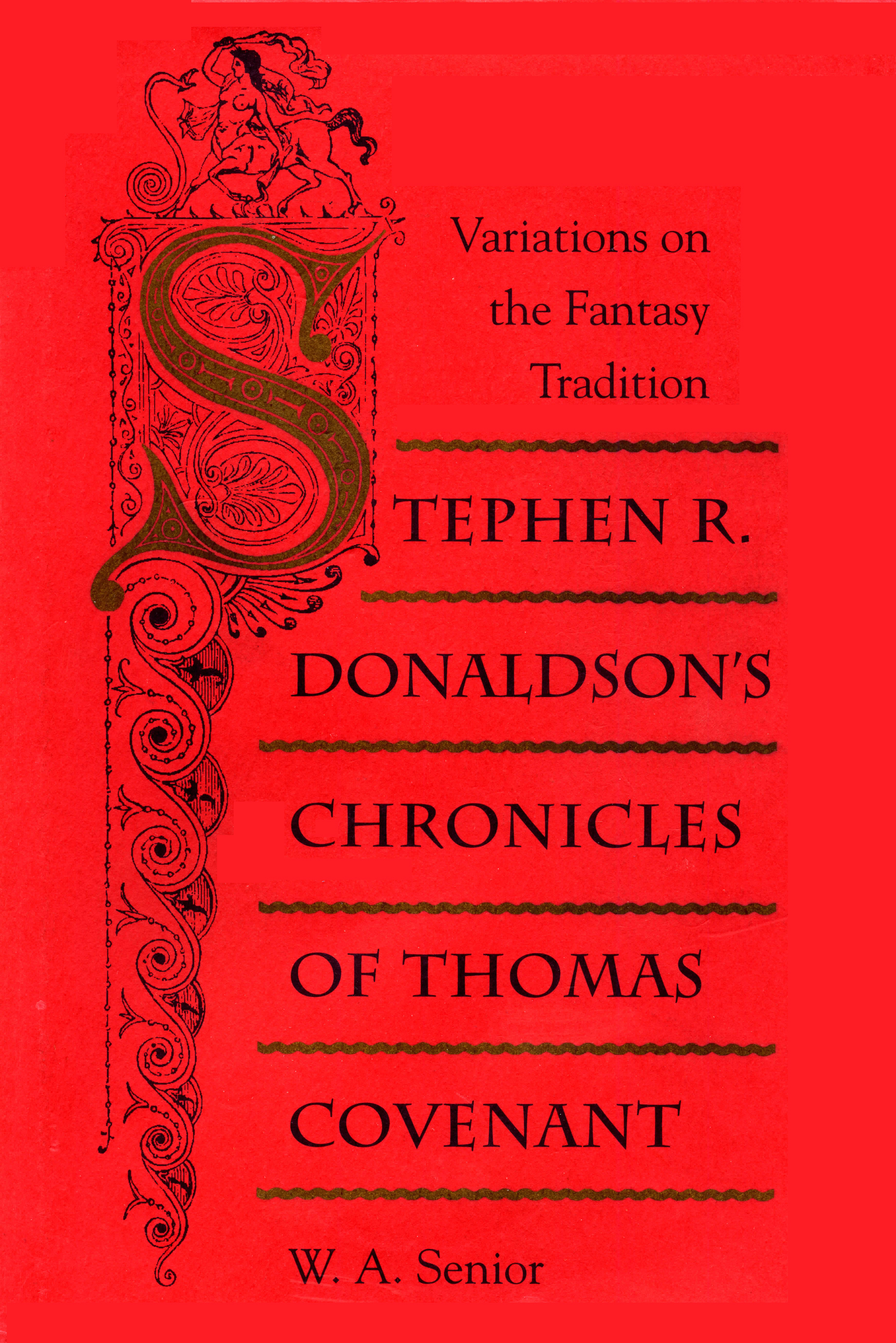 Stephen R. Donaldson's Chronicles of Thomas Covenant examines Donaldson's first three novels in an attempt to define their place in the fantasy canon. The book begins with an extensive introduction to the fantasy genre in which W.A. Senior eloquently defends fantasy against charges of being mere escapism, or simply juvenile, and not warranting serious critical considerations.

The heart of the text treats such issues as Donaldson's debt to Tolkien, the use of myth and the creation of sustaining mythologies within the novel, and the theme of life and death—a topic that fantasy, by its very nature, can explore in radical fashion. In chapter seven, Senior discusses the Second Chronicles of Thomas Covenant. He concludes that Donaldson has cerated an important contribution to the canon because of his serious intent and adult concerns, his powerful mythopoesis, and his manipulation of the conventions of epic fantasy.

As appendixes to this work, there are two illuminating interviews with Donaldson in which the author of the Covenant series reveals his own views on questions raised by Senior's study. Stephen R. Donaldson's Chronicles of Thomas Covenant will be of great interest both to devout Donaldson fans and to general readers of fantasy.