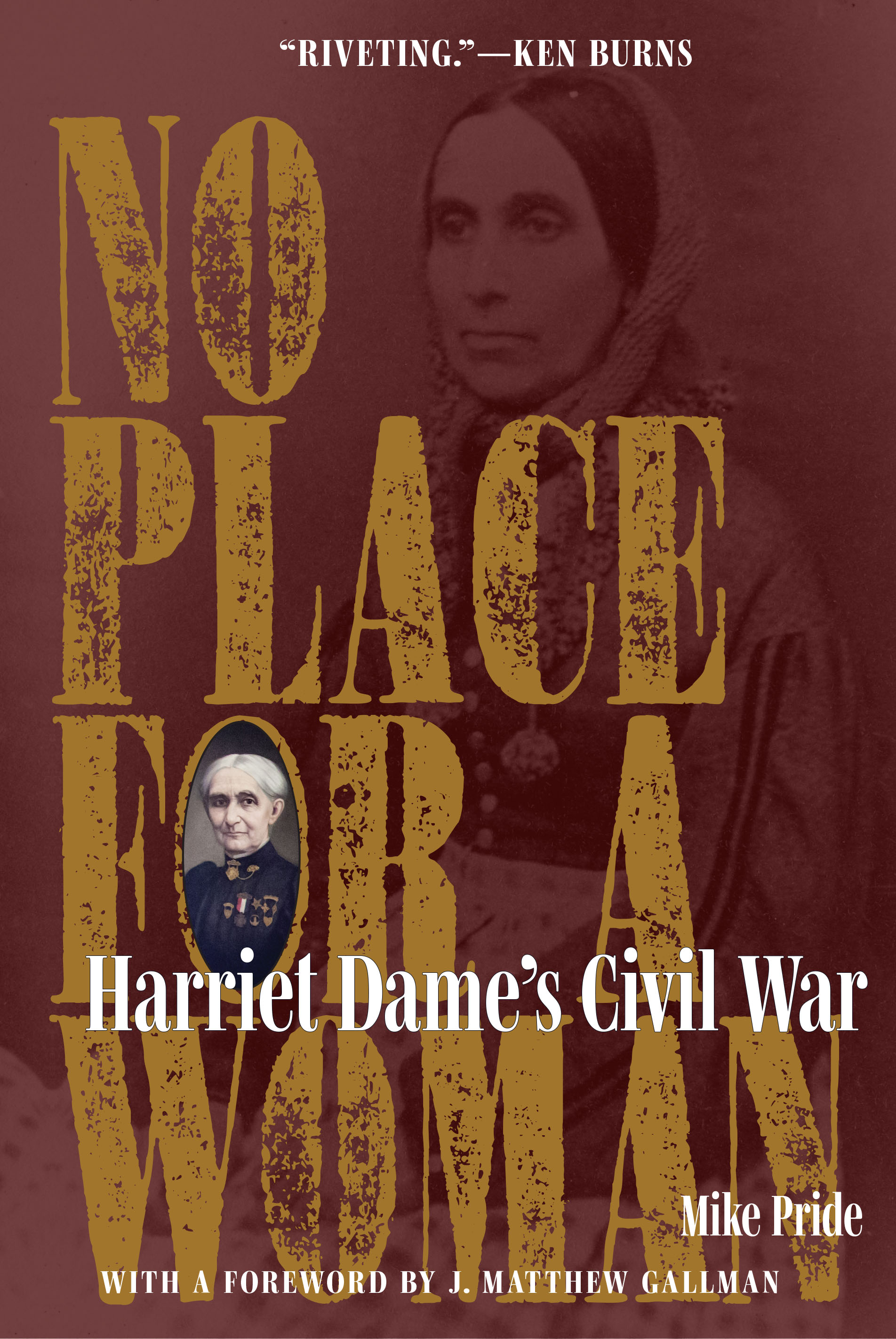 No Place for a Woman

Examining the life and career of Harriet Dame, Civil War battlefield nurse, and her major contributions to the Union cause

In June of 1861, 46-year-old Harriet Patience Dame joined the Second New Hampshire Volunteer Infantry Regiment as a matron. No Place for a Woman recounts her dedicated service throughout the Civil War. She camped with the regiment on campaign, nursed its wounded after many major battles, and carried out important wartime missions for her state and the Union cause. Late in the 19th century, she battled alongside her friend Dorothea Dix to overcome prejudice against bestowing pensions on women who nursed during the war.

Historian Mike Pride traces Harriet Dame’s service as a field nurse with a storied New Hampshire infantry regiment during the Peninsula campaign, Second Bull Run, Gettysburg, and Cold Harbor. Twice during that service, Dame was briefly captured. In early 1863, she spent months running a busy enterprise in Washington, DC, that connected families at home to soldiers in the field. Later, at the behest of New Hampshire’s governor, she traveled south by ship to check on the care of her state’s soldiers in Union hospitals along the coast. She then served as chief nurse and kitchen supervisor at Point of Rocks Hospital near Gen. Ulysses S. Grant’s headquarters in Virginia. Dame entered Richmond shortly after the Union victory and rejoined her regiment for the occupation of Virginia. After the war, she worked as a clerk in Washington well into her 70s and served as president of the retired war nurses’ organization. She also became a revered figure at annual veterans’ reunions in New Hampshire.

No Place for a Woman draws on newly discovered letters written by Harriet Dame and includes many rare photographs of the soldiers who knew Dame best, of the nurses and doctors she worked with, and of Dame herself. This biography convincingly argues that in length, depth, and breadth of service, it is unlikely that any woman did more for the Union cause than Harriet Dame.

Mike Pride is a journalist, writer, and historian. He is the editor emeritus of the Concord Monitor, where he ran the newsroom for 30 years, and the retired administrator of the Pulitzer Prizes. Pride has written, cowritten, or edited seven previous books, including My Brave Boys, a history of the Fifth New Hampshire Volunteers, and Storm over Key West, a history of the Florida Keys during the Civil War.