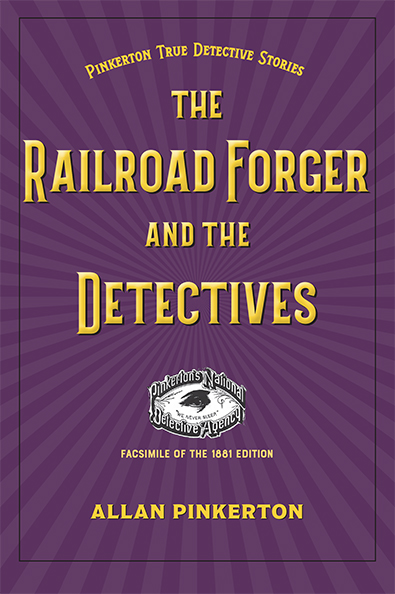 The Railroad Forger and the Detectives

In The Railroad Forger and the Detectives, real estate agent Thomas H. Cone vanishes suddenly. At the same time, the Pinkerton Detective Agency’s Philadelphia branch, helmed by Mr. Linden, is hired by the Adams Express railroad company to investigate a draft forgery case. Two checks totaling more than $1,200 had been intercepted in the mail and falsely endorsed by none other than Mr. Thomas Cone!

As the investigation heats up, Linden discovers that this crime is just the latest in a string of similar forgeries, which initially do not seem to be connected; the forgers are scattered across the country and seemingly have no relation to one another. Linden retraces Cone’s whereabouts, beginning with his rented office space. The deserted office initially yields few clues until Linden spots Cone’s blotting sheet. From a tangle of ink stains, Linden uncovers the address for a William R. Wales in Redrock, Ohio.

Sensing a pattern, Linden is determined to find out if there is a gang of forgers, if William Wales is somehow involved, or if Cone has acted alone under a variety of aliases. A thrilling, fictionalized account of crime in the railroad business, The Railroad Forger and the Detectives is a tale of greed and an elaborate scheme—one only the Pinkerton Detective Agency can bring down.