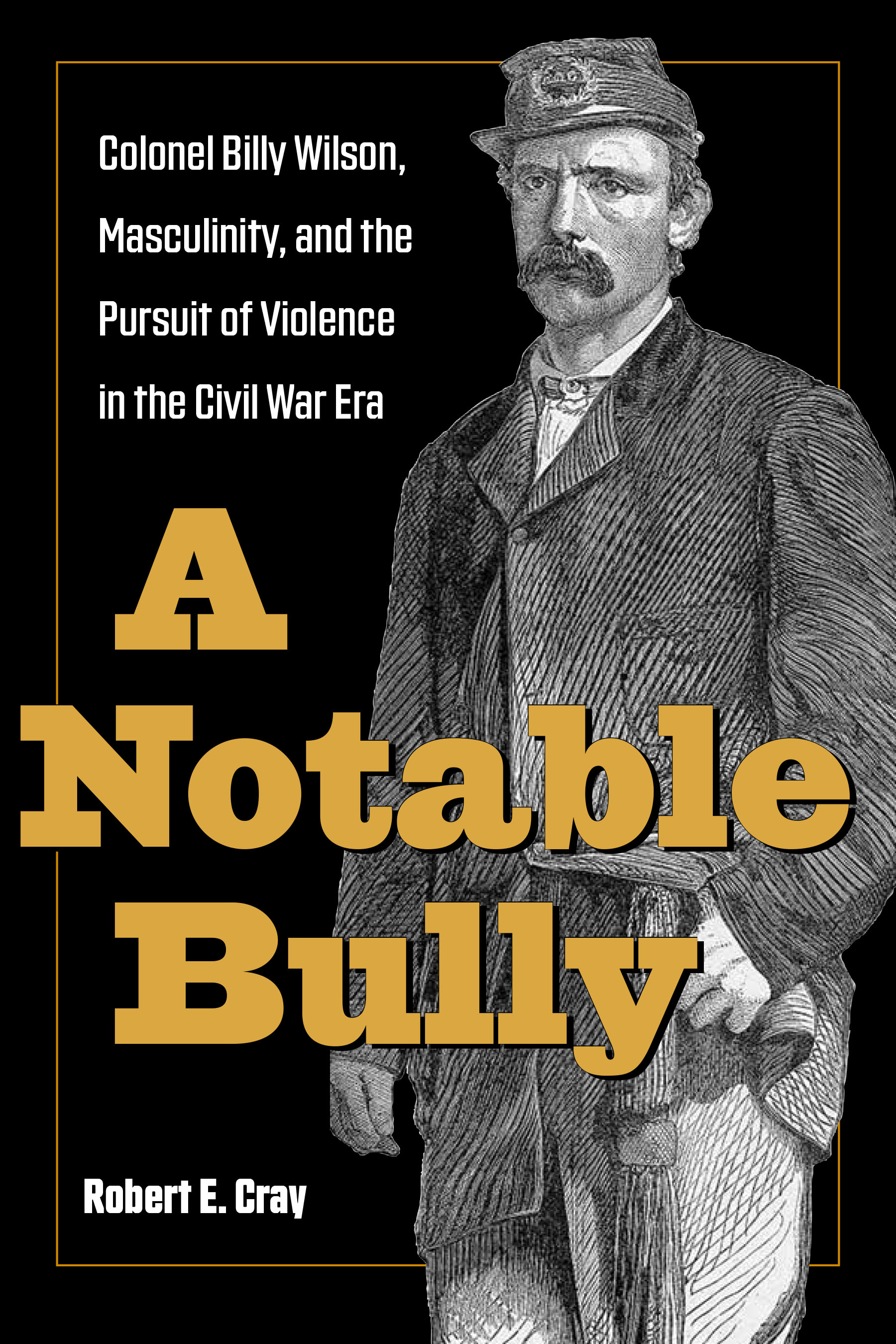 Colonel Billy Wilson, Masculinity, and the Pursuit of Violence in the Civil War Era

The definitive biography of a Civil War scoundrel and streetwise politico

Largely forgotten by historians, Billy Wilson (1822–1874) was a giant in his time, a man well known throughout New York City, a man shaped by the city’s immigrant culture, its harsh voting practices, and its efforts to participate in the War for the Union. For decades, Wilson’s name made headlines—for many different reasons—in the city’s major newspapers.

An immigrant who settled in New York in 1842, Wilson found work as a prizefighter, a shoulder hitter, an immigrant runner, and a pawnbroker, before finally entering politics and being elected an alderman. He harnessed his tough persona to good advantage, in 1861 becoming a colonel in command of a regiment of alleged toughs and ex-convicts known as the “Wilson Zouaves.” A poor disciplinarian, however, Wilson exercised little control over his soldiers, and in 1863, unable to maintain order, he was jailed for a number of weeks. Nonetheless, Wilson returned home to a hero’s welcome that year.

Wilson left behind no personal papers, journals, or correspondences, so Robert E. Cray has masterfully woven together a record of Wilson’s life using the only available records: newspaper stories. These accounts present Wilson as a fascinating but highly unlikable man. As Cray demonstrates, Wilson bullied his way into New York, bullied his way into fame and politics, and attempted to bully his way into military greatness. His story depicts the New York City and Civil War experience in bolder, darker hues. As Cray shows us, it was not always a pretty tale.

Robert E. Cray is professor of history at Montclair State University in Upper Montclair, New Jersey. He is the author of Paupers and Poor Relief in New York City and Its Rural Environs, 1700–1830; Lovewell’s Fight: War, Death, and Memory in Borderland New England; and various articles.