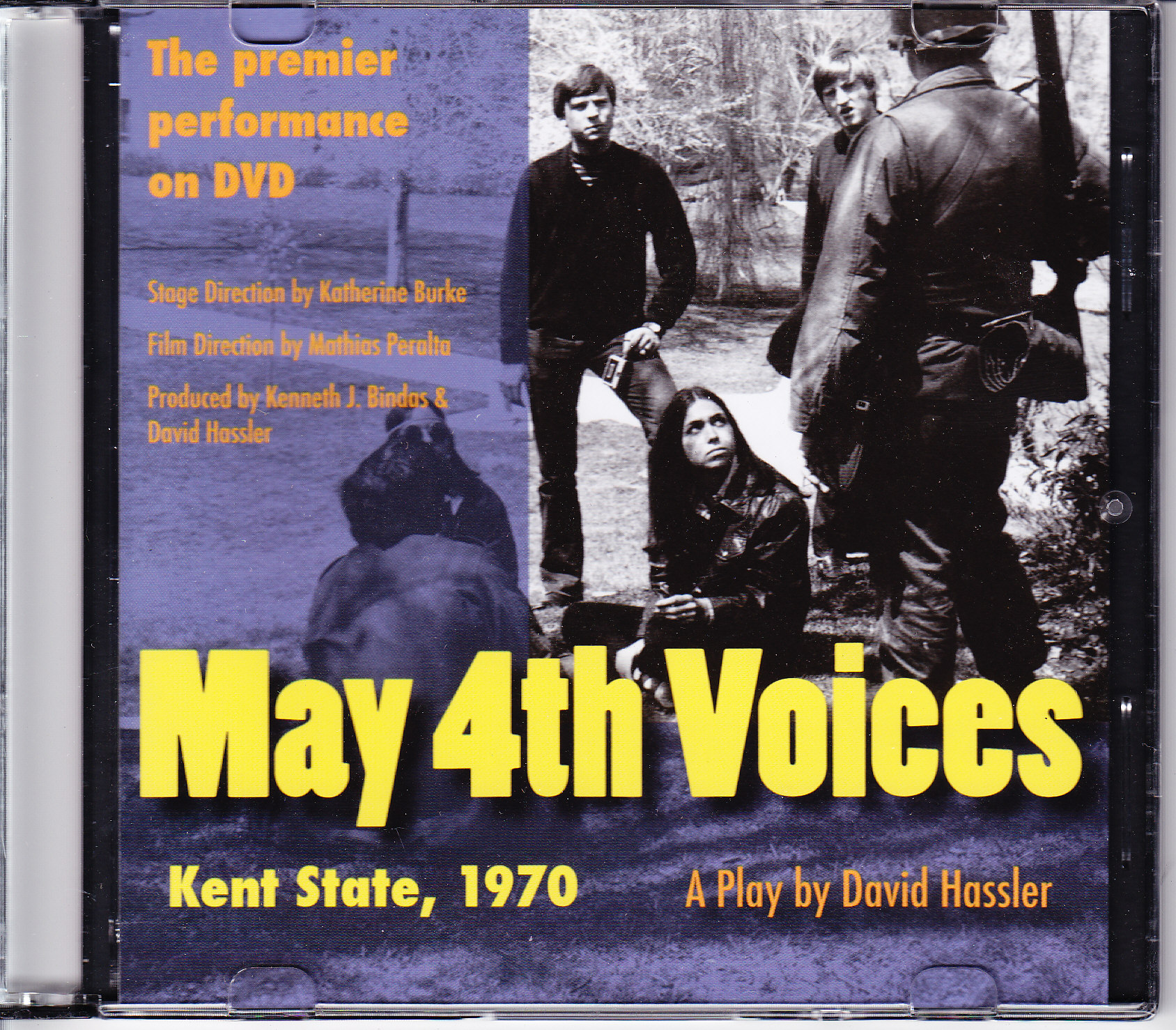 Stage Direction by: Katherine Burke Filmed by: Mathias Peralta Written by: David Hassler Co-produced by: Kenneth Bindas & David Hassler On October 12, 2012, the play, May 4th Voices, was featured at the annual Oral History Association Conference in Cleveland, Ohio. Over the next month, film director Mathias Peralta and stage director Katherine Burke worked with the cast to create a film version of the production to accompany A Teacher’s Resource Book for May 4th Voices. The film received its debut at the Modern Language Association annual meeting in Boston on January 5, 2013 and will receive its broadcast debut on Western Reserve Public Media on PBS channels 45 and 49 and made available for national distribution in late spring 2013.

David Hassler directs the Wick Poetry Center at Kent State University and is the author of two books of poems, most recently Red Kimono, Yellow Barn, for which he was awarded Ohio Poet of the Year. He is the author of Growing Season: The Life of a Migrant Community (The Kent State University Press, 2006) and coeditor of Learning by Heart: Contemporary American Poetry about School, After the Bell: Contemporary American Prose about School, and A Place to Grow: Voices and Images of Urban Gardeners.