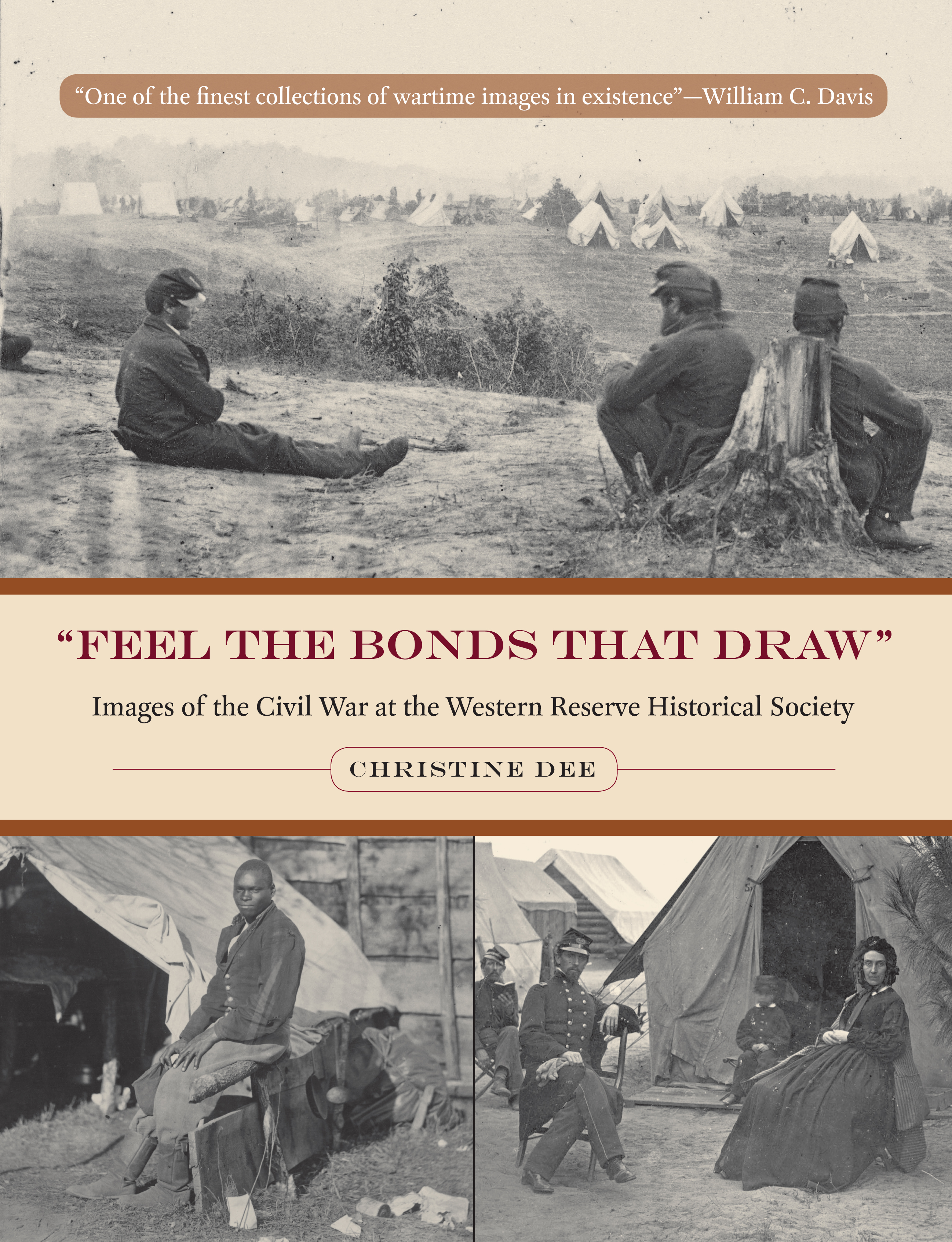 Feel The Bonds That Draw

Images of the Civil War at the Western Reserve Historical Society

For a century and a half, images of the Civil War have allowed millions of Americans to experience, commemorate, and reinterpret the conflict. Photographs, engravings, lithographs, and original artwork have revealed heroic volunteers, mobilized regiments, battle preparations, and the war’s grim aftermath.

“Feel the Bonds That Draw” presents nearly 200 images from the extensive Civil War photographic collections of Cleveland’s Western Reserve Historical Society, complementing author Christine Dee’s reflections on topics such as historical memory, the war as economic engine, and the impact of mobilization and combat on civilians and the environment.

Included in the volume are stirring images by Mathew Brady, preeminent Civil War photographer, and by Henry Moore, who documented military fortifications and soldiers, particularly at Fort Pulaski on the Sea Islands of South Carolina and Georgia. Moore photographed troops in traditional poses and groupings, and he captured the likenesses of formerly enslaved African Americans. These latter pictures played an important role in shaping public opinion in the North in support of emancipation.

“Feel the Bonds That Draw” is a fine addition to the library of anyone interested in the history of America’s cruelest conflict.

“It is always a pleasure to turn the eye back to those magnificent images left behind by the photographers of the Civil War. Theirs was the first epic human event captured by the camera, and their daring, ingenuity, and scope of interest never fail to impress. The Western Reserve Historical Society has one of the finest collections of wartime images in existence, and Feel the Bonds That Draw gleans some of the very best, including some not before published. As we enter the Sesquicentennial of the Civil War, everyone would profit by taking a look at the faces of the men and women who actually lived it.” – William C. Davis, Director of the Virginia Center for Civil War Studies at Virginia Tech

“Feel the Bonds that Drawshowcases the stunning collection of Civil War photographs held by the Western Reserve Historical Society. That is reason enough to buy this book, but fortunately there is much more to be gained. Christine Dee's chapters provide a lively and informative context and commentary to understanding how photographers and the art and business of photography shaped the interpretation of the conflict for the generation who lived through the war, and for the generations that followed. A fascinating and enjoyable read!” – Joan Waugh, author of U.S. Grant: American Hero, American Myth

“This book is a welcome visual journey, an enjoyable ride through many regions, and among the civilians as well as with the soldiers, of the Civil War. I especially like the photographs that are here published for the first time, and the extensive commentary provided by the capable author of this new and important book.” - Earl J. Hess, Lincoln Memorial University, author of Into the Crater: The Mine Attack at Petersburg

“Feel the Bonds that Draw brilliantly explores how Americans discovered the brutal realism of organized warfare through Civil War photography. Although we often claim that seeing is believing, Christine Dee reveals that the act of seeing could be horribly deceptive. The Northern public thought they had had found the ‘real war’ in images of physical destruction, mangled bodies, and wrecked landscapes, but in actuality they were viewing the artistic expressions of photographers who created the illusion of war as a coherent, orderly, and knowable experience.” - Peter S. Carmichael, Fluhrer Professor and Director of the Civil War Institute at Gettysburg College

Christine Dee is assistant professor of history at Fitchburg State University in Fitchburg, Massachusetts, and is the author of Ohio’s War: The Civil War in Documents.