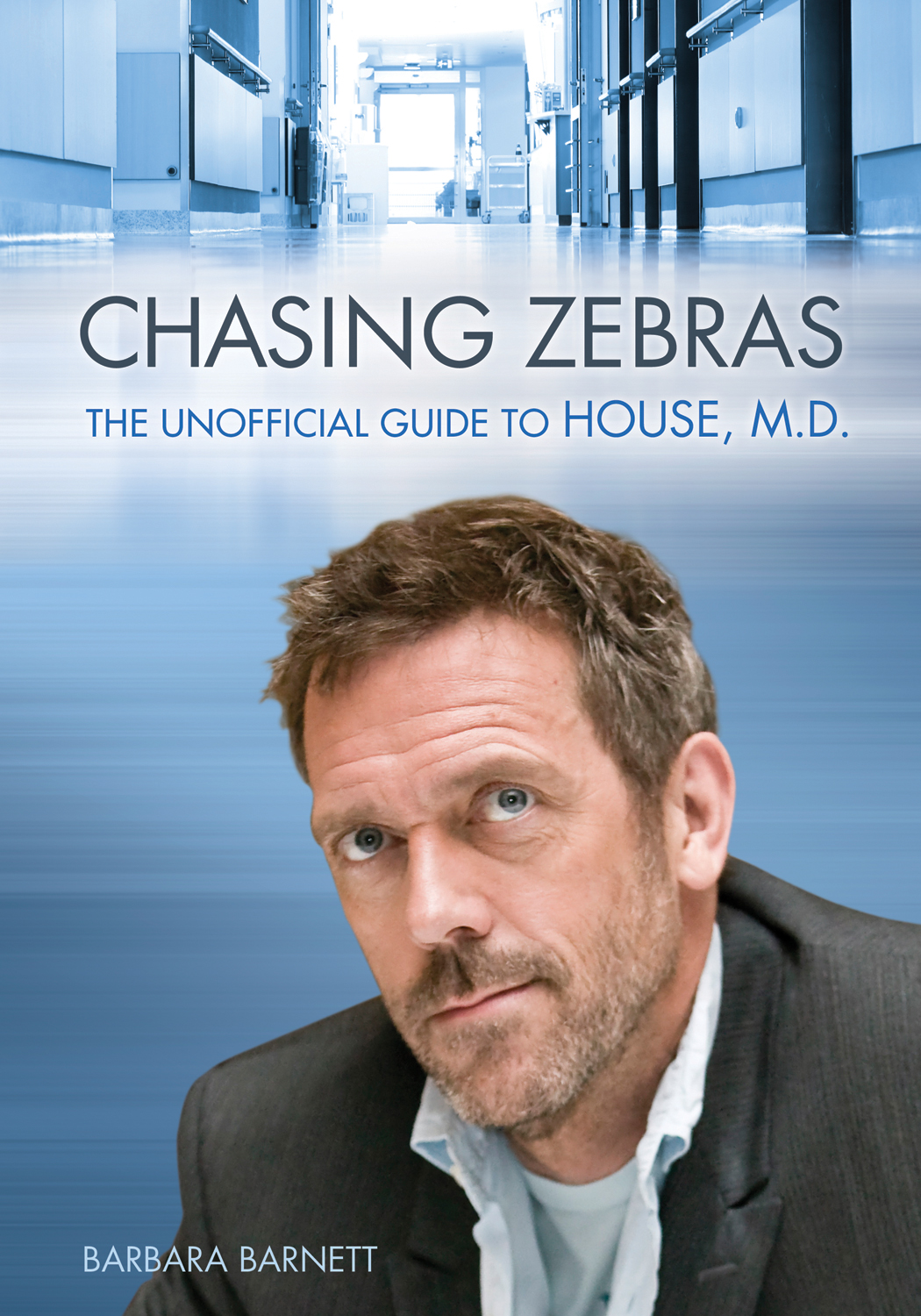 The Unofficial Guide to House, M.D.

“I look for zebras because other doctors have ruled out all the horses.” — Dr. Gregory House Medical students are taught that when they hear hoofbeats, they should think horses, not zebras, but Dr. House’s unique talent of diagnosing unusual illnesses made House, M.D. one of the most popular and fascinating series on television in the mid-2000s (and still today, as fans binge-watch via on-demand). In Chasing Zebras: The Unofficial Guide to House, M.D., Barbara Barnett, widely considered a leading House expert, takes fans deep into the heart of the show’s central character and his world, examining the way this medical Sherlock Holmes’s colleagues and patients reflect him and each other; how the music, settings, and even the humor enhance our understanding of the series’ narrative; what the show says about modern medicine, ethics, and religion; and much more. Complete with an episode-by-episode guide of the first six seasons and numerous interviews with cast members, producers, and writers, Chasing Zebras is an intelligent look at one of television’s most popular shows.

Barbara Barnett ?writes the regular feature “Welcome to the End of the Thought Process: An Introspective Look at House, M.D.” for Blogcritics magazine, where she also serves as a television and film editor. She and her husband Phillip live in the northern suburbs of Chicago.