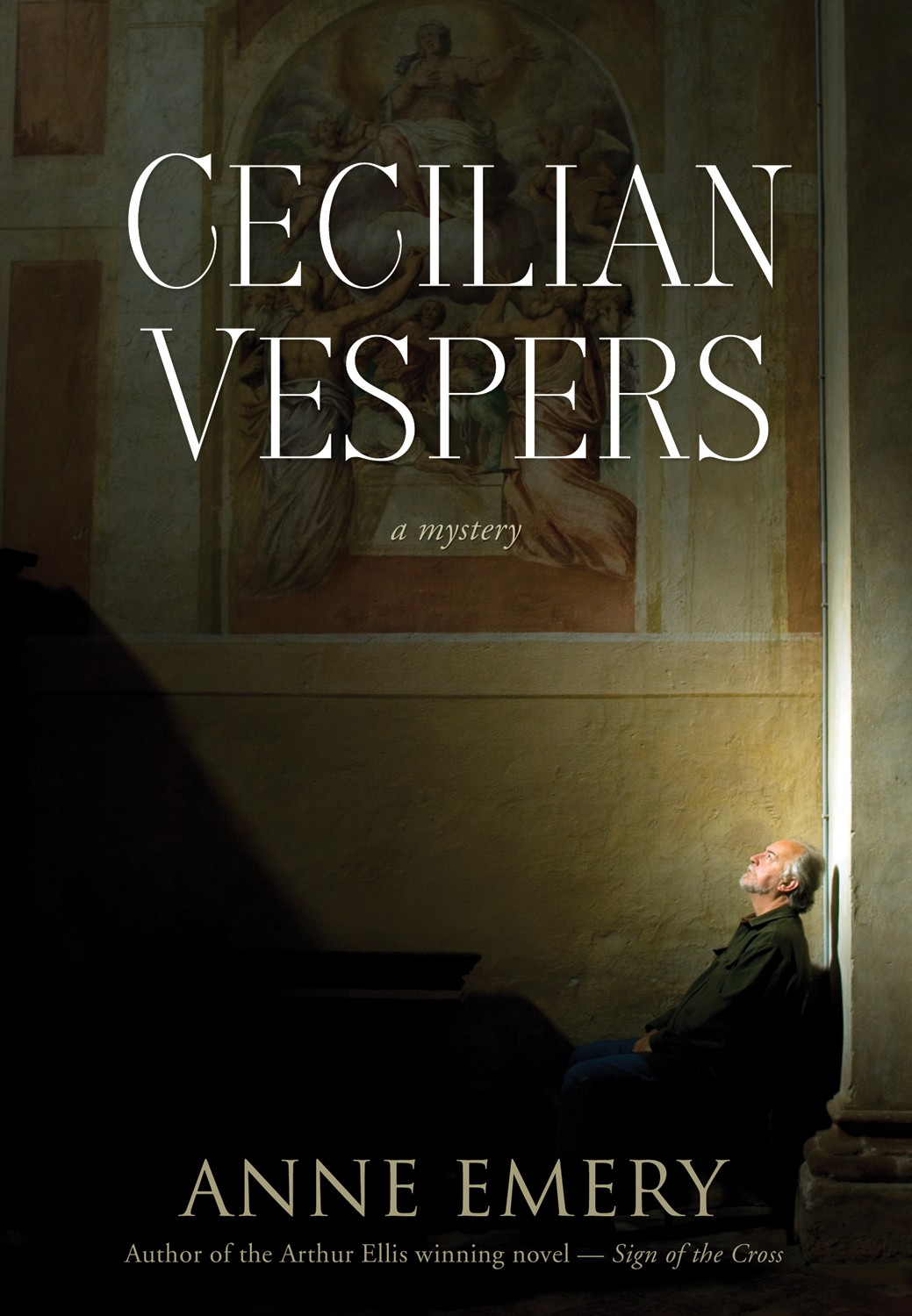 “Anne Emery has already won one Arthur Ellis Award for her first Monty Collins mystery, and this one should get her on the short list for another. Cecilian Vespers is slick, smart, and populated with lively characters.” — Globe and Mail A German theologian found dead on the altar and an international cast of suspects present an intriguing challenge for Father Brennan Burke and lawyer Monty Collins. Lawyer and bluesman Monty Collins is used to defending murderers, and occasionally investigating murders himself. But he can’t round up the usual suspects this time. The blood-drenched body of Reinhold Schellenberg, a world-renowned German theologian, has been found on the altar of an old church in Halifax, Nova Scotia, during Vespers on Saint Cecilia’s day. The man has nearly been decapitated. The controversial priest, once a top insider in the Vatican, was known to provoke strong feelings in Catholics of all ideological stripes. Now those feelings have overflowed with horrifying results. His friend Father Brennan Burke has just opened a choir school for priests, monks, nuns, and other Catholics devoted to the glorious music of the Church’s past. So Monty has before him an international cast of suspects, including a flamboyant Sicilian priest who left the Vatican under a cloud of suspicion; an eccentric English monk who has penned scathing attacks on Schellenberg’s actions during the Second Vatican Council; a disgruntled American ex-priest who can’t quite let go; a churchgoer with a history of violence; a Vatican enforcer; and, most perplexing of all, a police officer from the former East Berlin. The case lifts the lid on fascinating episodes of Church history, thwarted ambitions, old grudges, and long-simmering disputes. Monty and Brennan’s investigation takes them on a road trip to Italy: to the corridors of power and the glittering museums of the Vatican, the elegant apartments of an operatic diva, and the cloistered grounds of medieval monasteries. Monty immerses himself in a world of ancient chants, votive candles, stained glass, incense, and the music of the spheres. The more he learns, the more questions he has. In the end, he finds himself turning to the saints for answers. About the Collins-Burke Mysteries This multi-award-winning series is centred around two main characters who have been described as endearingly flawed: Monty Collins, a criminal defence lawyer who has seen and heard it all, and Father Brennan Burke, a worldly, hard-drinking Irish-born priest. The priest and the lawyer solve mysteries together, but sometimes find themselves at cross-purposes, with secrets they cannot share: secrets of the confessional, and matters covered by solicitor-client confidentiality. The books are notable for their wit and humour, and their depiction of the darker side of human nature ? characteristics that are sometimes combined in the same person, be it a lawyer, a witness on the stand, or an Irish ballad singer who doubles as a guerrilla fighter in the Troubles in war-torn Belfast. In addition to their memorable characters, the books have been credited with a strong sense of place and culture, meticulous research, crisp and authentic dialogue, and intriguing plots. The novels are set in Nova Scotia, Ireland, England, Italy, New York, and Germany. The series begins with Sign of the Cross (2006) and continues to the most recent installment, Postmark Berlin (2020).

Anne Emery is a graduate of Dalhousie Law School. She has worked as a lawyer, legal affairs reporter, and researcher. She lives in Halifax, Nova Scotia, with her husband and daughter. She is the author of Sign of the Cross, winner of the 2006 Arthur Ellis Award for Best First Novel, Obit (2007), and Barrington Street Blues (2008).