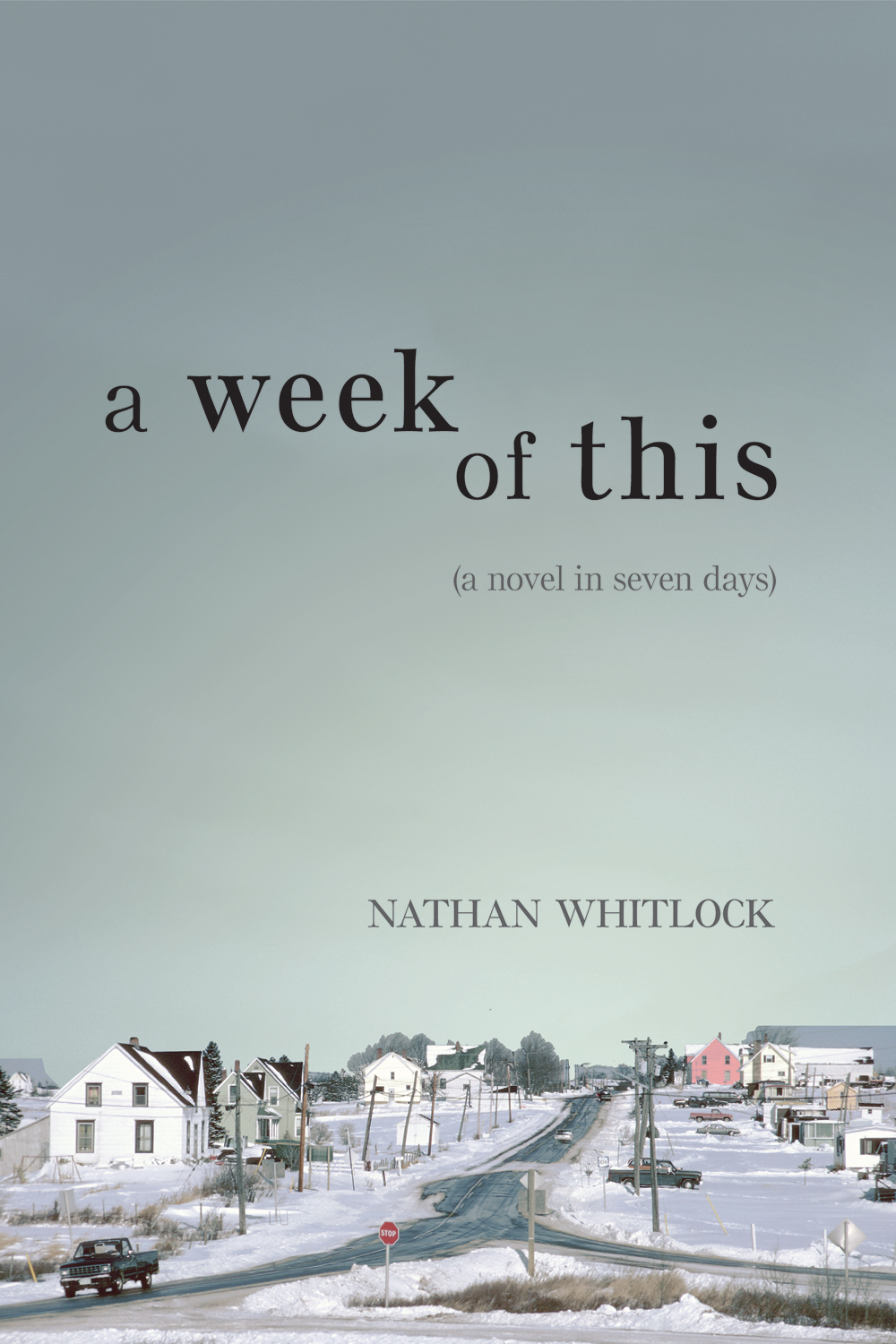 a novel in seven days

A brilliant, darkly comic, and startlingly honest novel, A Week of This follows the lives of an extended family over one increasingly desperate week. At the centre of the novel is 38-year-old Manda, a tough, sarcastic woman who has yet to make peace with the town she was brought to as a teenager after her parents’ messy divorce. Her estranged mother is crazy, her father is ill and in retreat, her damaged older brother is growing restless and distant, her stepbrother is a grown-up teenager without any real friends, and her husband is a tight-lipped, depressed store-owner who has been pressing Manda to have a baby.Full of barbed dialogue and hilariously deadpan descriptions of family dynamics and the kind of awkward social dances that get performed every day, A Week of This is a book for people who always feel a little out of place, right where they are. People who are smart enough to know something has gone wrong, but can’t figure out how to fix it. People who know they aren’t kids anymore, but are not quite ready to grow up.“A Week of This is bleak, funny, sad, smart, and unlike any novel I have ever read. The lives of these characters are so richly imagined I could taste the furnace dust, smell the backed-up sewer, feel the thump of every hangover. It’s an authentic, unsentimental literary experiment that doesn’t read like an experiment. Nathan Whitlock has exposed the timeless heart of lower-middle-class everywhere.” — Todd Babiak, author of The Book of Stanley and The Garneau Block.

Nathan Whitlock was the winner of the inaugural Emerging Artist in Creative Writing Award and the Short Prose for Developing Writers Award, as well as runner-up for the Bronwen Wallace Memorial Award. He is the review editor of Quill & Quire magazine. His writing and reviews have appeared in The Toronto Star, Saturday Night, The Globe and Mail, Maisonneuve, Toro, Geist, and elsewhere. He grew up in the Ottawa Valley and currently lives in Toronto with his wife and two children.