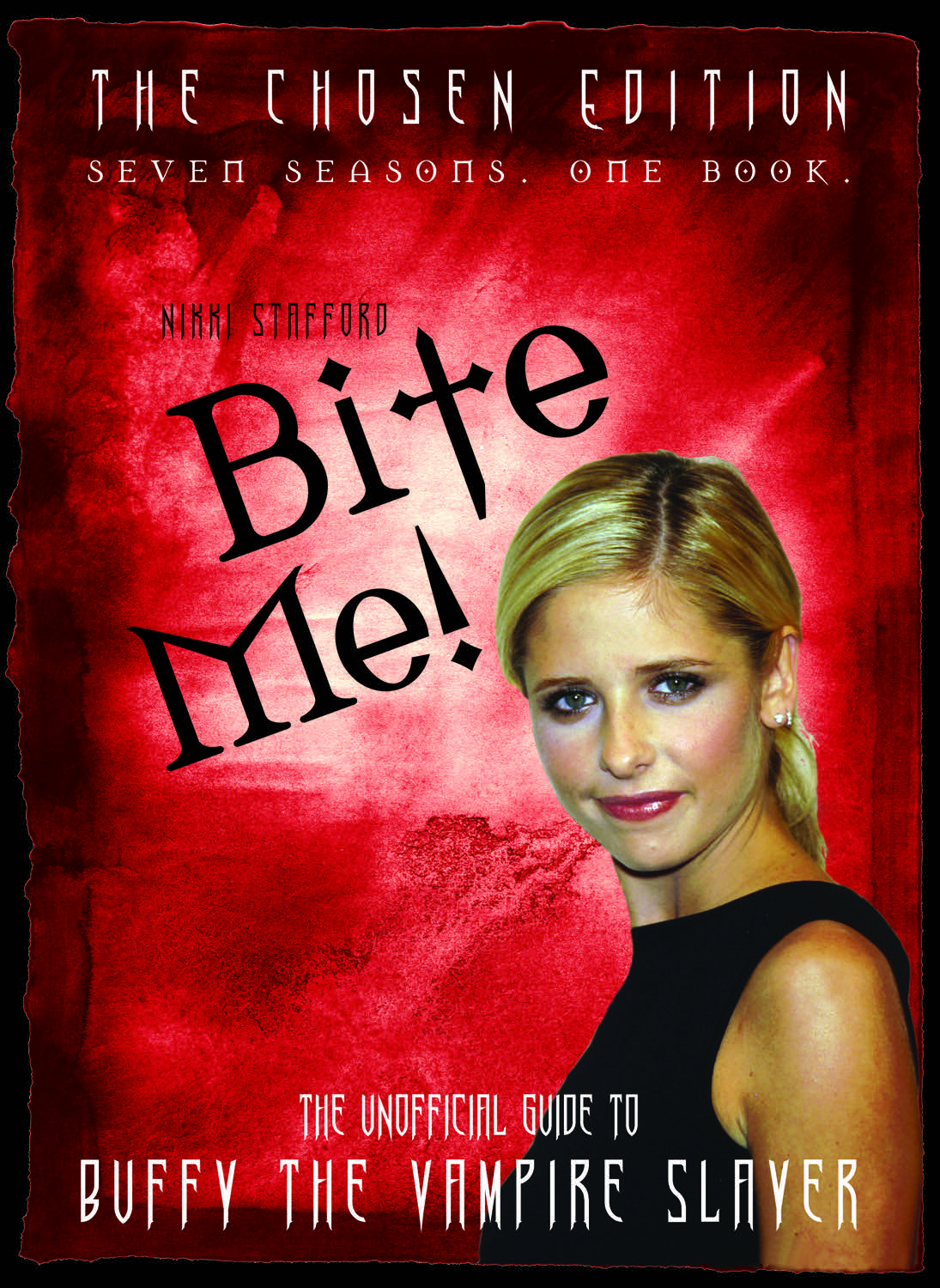 The Unofficial Guide to the World of Buffy the Vampire Slayer

It’s been 10 years since Buffy Summers first walked into the Sunnydale High library and came face-to-face with her Watcher, who told her she was the Chosen One who would save the world from vampires. In the seven seasons that Buffy the Vampire Slayer was on TV, we watched her kill her true love (but he got better), graduate high school (by blowing it up), discover she had a sister (who… uh… was always there?), sacrifice her own life (but she got better), watch her sidekicks become heroes (and villains), and, essentially, grow up.Bite Me!, Nikki Stafford’s critical analysis of the show, was one of the bestselling and most critically acclaimed books on Buffy when it was released in 2002. Current up to season 6, the book examined Buffy’s development, and outlined the mythical, religious, and historical backgrounds to the episodes. Nikki’s guide to season 7 appeared in her Angel book, but there was never one place where fans could get their Buffy fix all in one place. Until now.Revised and updated, the 10th Buffyversary edition of Bite Me! contains all seven seasons of this groundbreaking series, chronicles what happened to all of its stars, gives the background story to why the series ended and what legacy it has had, and even contains information about the new Buffy “season eight” comic book series from Dark Horse. Bite Me! is the definitive guide for all Buffy fans.