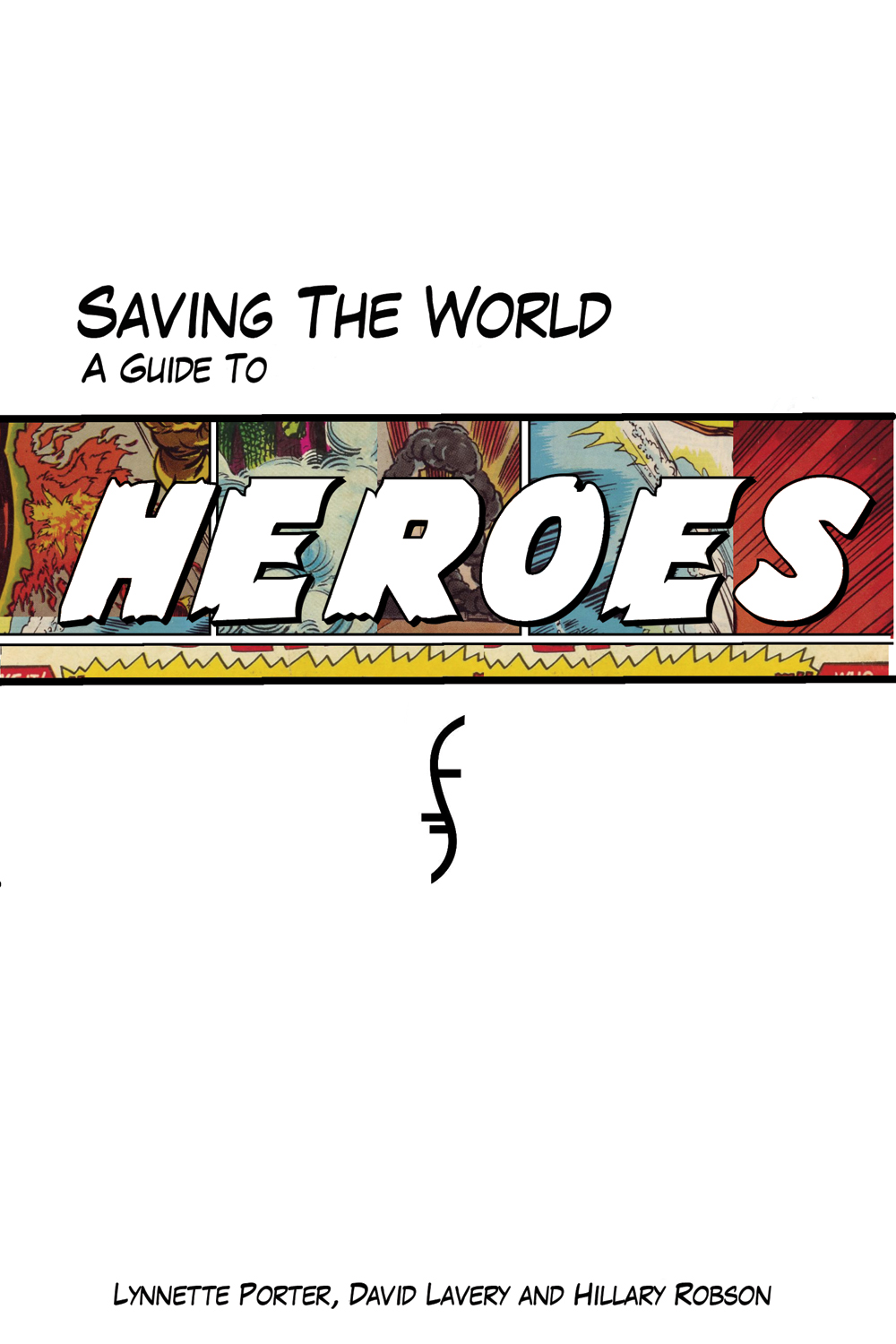 A Guide to Heroes

“Save the cheerleader, save the world.” With that immediately memorable mantra, Heroes became the top–rated new series of fall 2006. Featuring such archetypal characters as one with a split personality, one who can fly, one who can see the future, one who can time travel — and the evil villain out to steal all of the powers for himself — the show touches our inner comic book fan, even if we’ve never cracked open a comic book. Saving the World: A Guide to Heroes includes essay analyses of the many reasons why Heroes’ audiences were kept so entranced. Authors Lynnette Porter, David Lavery, and Hillary Robson are experts in the field of television analysis, having penned books on Lost, Buffy the Vampire Slayer, Deadwood, Seinfeld, The Sopranos, and many others. In this book, they explore the history of comic books making their way to the screen, and how this show has been affected by the decades of comic book superheroes that precede it; the series’ archetypal characters; the fandom surrounding the show; its link to other series such as Lost; creator Tim Kring and how he is the driving force behind the show. The book will include brief episode guides of the first season.Saving the World will finally help the large audience of the show understand the mysteries of the series.

Lynnette Porter has authored or co-authored six books on pop culture. She is a tenured associate professor in Daytona Beach, Florida. David Lavery is Chair in Film and Television at Brunel University, London. He is author/co-author/editor/co-editor of twelve books on television. Hillary Robson is a recent graduate of Middle Tennessee State University with a Master’s in English.