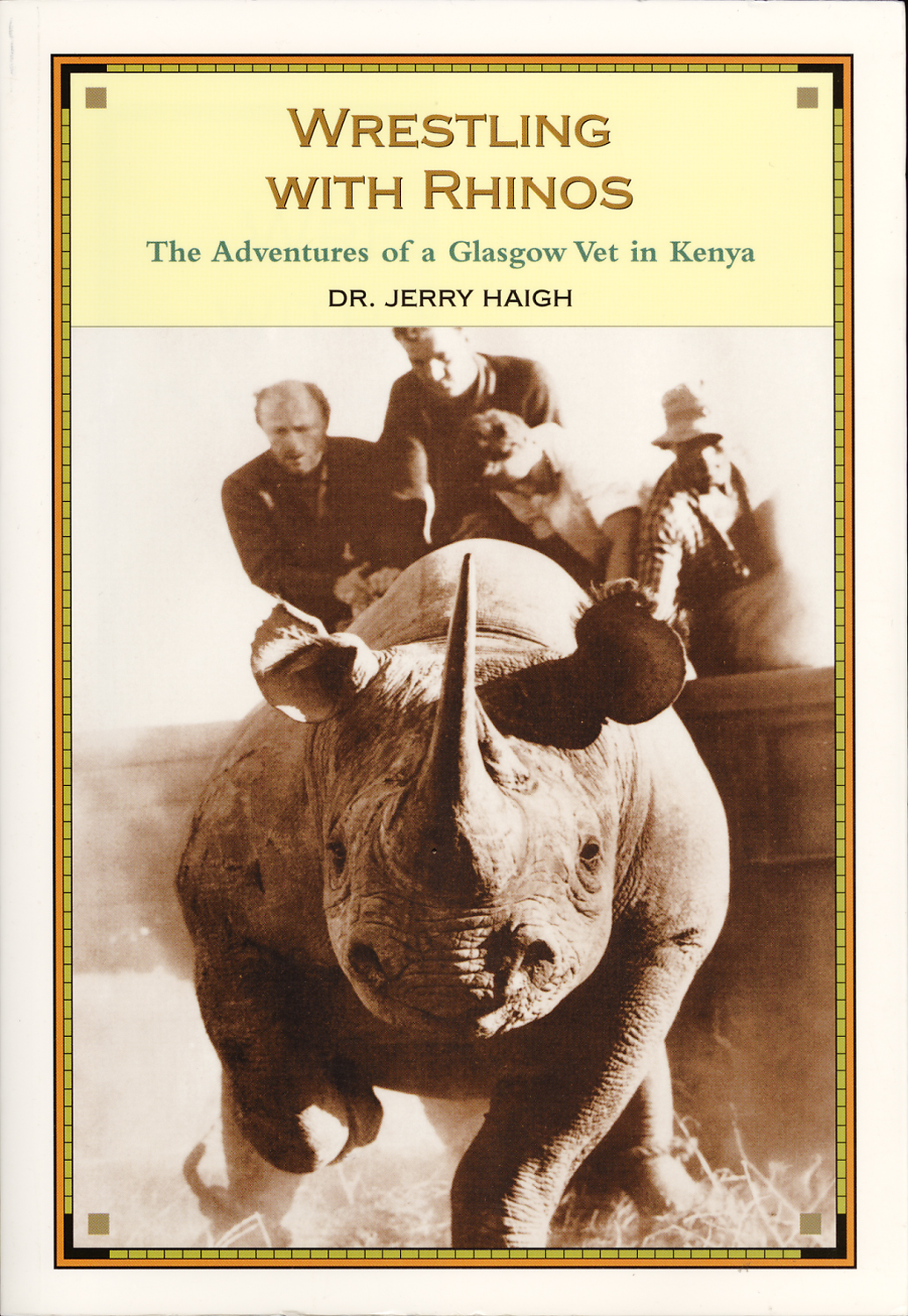 The Adventures of a Glasgow Vet in Kenya

Imagine it’s 1965, and you’ve just fulfilled a boyhood ambition and graduated from the vet college in Glasgow, Scotland. The very next week you find yourself in Kenya, treating wild animals. This is what happened to Dr. Jerry Haigh, who in Wrestling with Rhinos takes us deep into the post-independence Kenya of 1965, and shows us what things were like until he left ten years later for a teaching post in Canada. Dealing with a 17 foot tall lame giraffe was an early challenge, as there had not been many giraffes in the teaching pool at Glasgow. A fall back on common sense, with the help of the owner and a knowledge of cattle medicine helped to create a cure. Along the way, he encountered traditional domestic animal patients as well as rhinos, elephants, wildebeest, lemurs and pelicans. Among them was Joy Adamson’s cheetah, and we get a first-hand glimpse of their Born Free experiences. While living in a country just making the transition from colonial status to independence, Jerry also met President Jomo Kenyatta and treated his cattle. Threaded through the text are observations — sometimes hilarious, sometimes scurrilous, sometimes poignant — on the social scene in Kenya, peppered with reminiscences about his soldier father, for whom the Kenya of World War II was a very different place. In the final chapters, Jerry documents his perspective on human/wildlife conflicts, and looks ahead hopefully into the future.

Dr. Jerry Haigh earned his veterinary degree in Scotland, and is currently a distinguished professor at the veterinary college in Saskatoon, Saskatchewan. He is the author of dozens of learned articles, and is an avid outdoorsman.