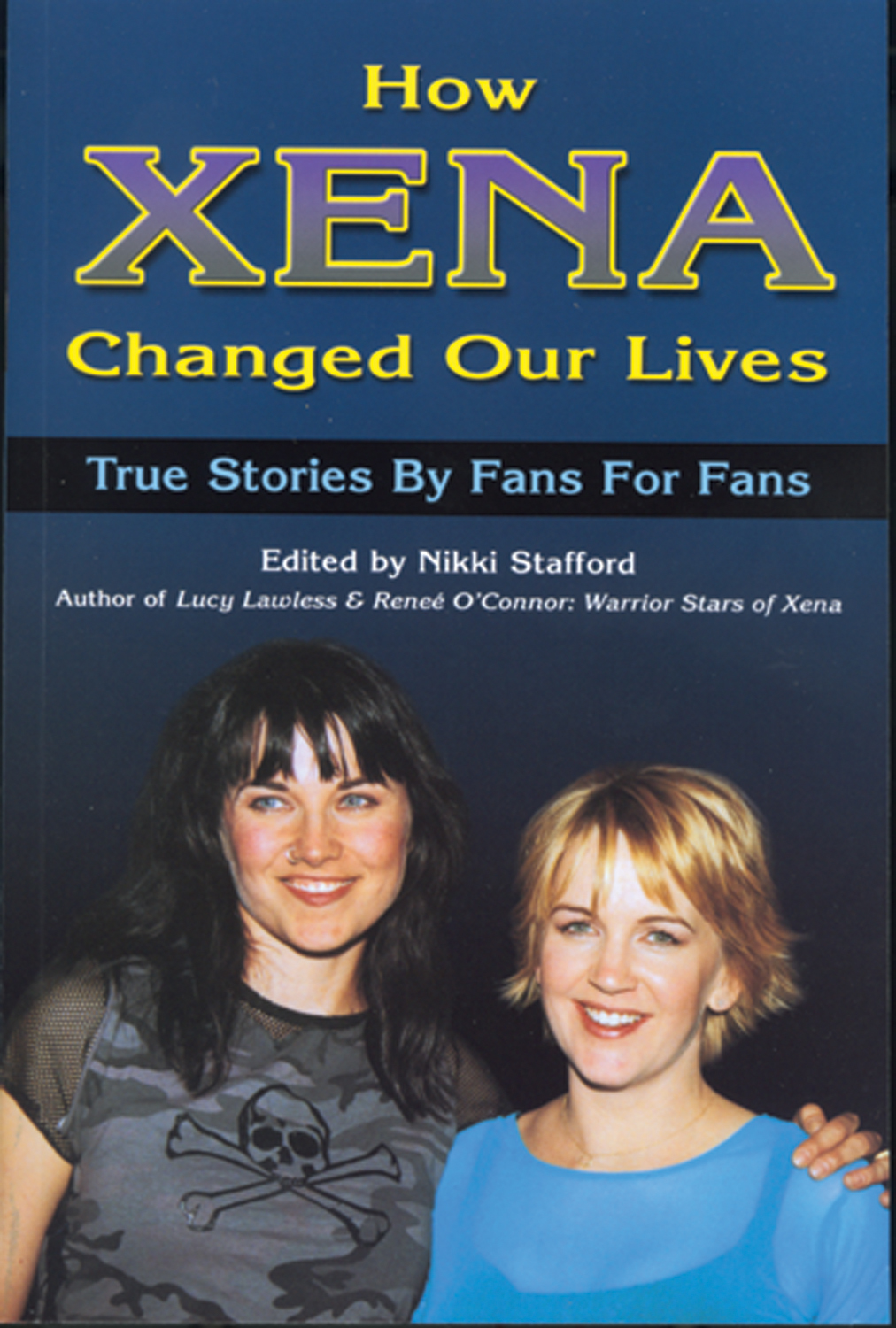 How Xena Changed Our Lives

Personal stories of how television's toughest warrior and her sidekick affected viewers. She first roared onto the scene in 1995, the warrior princess with the dark past, as a guest character on Hercules. In her own series, she joined with Gabrielle, and together they fought for love, peace, and forgiveness. Xena has become an icon of the 21st century, the toughest woman on television, and a role model for several generations. And the fans love her for it. How Xena Changed Our Lives is a collection of stories written by fans for fans. Read about people who met through the show and developed relationships with other viewers, or how the actors reached out to certain people when they needed them. There are stories of why Xena has meant so much to people, and how the values and lessons on the show have given people the strength to do things in their lives they didn't think they could. Read how some looked to Xena's physical strength, and others looked to Gabrielle's intellect, which inspired them to mine their own creative sensibilities. Xena is a show that isn't like any other show, and these stories will prove that. The show came to an end in June 2001, but the legacy will live on in conventions, its online presence, and possibly movies. The Sword and Staff, a charity organization run by and donated to by Xena fans, will receive a portion of all proceeds of this book, which they will give to the Starship Foundation, a favorite charity of Lucy Lawless, the actress who plays Xena. Even after the show's finale, fans are still making a difference.

Nikki Stafford is the author of "Lucy Lawless and Renee O'Connor: Warrior Stars of Xena" and "Bite Me!: Sarah Michelle Gellar and Buffy the Vampire Slayer." She lives in Toronto, Ontario.