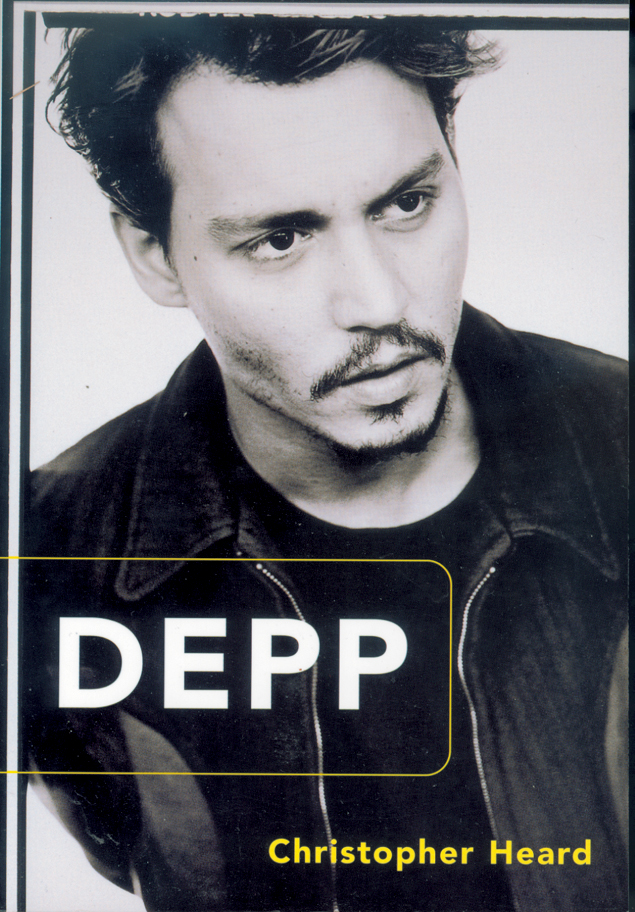 The truth behind Johnny Depp’s bad-boy image in this definitive biography. Accidental actor? Bratty bad boy? Consummate craftsman? Take a little of each, and a whole lot more, and you’ve got Johnny Depp. Delectably dreamy, dramatically dynamic, and Depp-endably dedicated, this young actor is one of Hollywood’s most popular leading men. Depp takes us on a wild ride through Johnny’s life, its ups and its downs, its pinnacles and its depths. Join author Christopher Heard, an ardent fan and host of TV’s Reel to Real, as he follows Depp’s turbulent childhood in Kentucky, his leap into the limelight on TV’s 21 Jump Street, and, finally, his extraordinary success in some of his generation’s best films. Edward Scissorhands, What’s Eating Gilbert Grape?, Donnie Brasco, Ed Wood, Fear and Loathing in Las Vegas — no other actor his age has such an incredibly diverse résumé. Depp explores his roles in these films and his relationships with their directors. Heard also provides as context the details of Depp’s personal life — from his young marriage, through his years as tattooed Winona Ryder escort and as Kate Moss paramour to his fourteen years as a Paradis lover and becoming a proud Parisian papa. Scrutinizing Johnny’s shifts as media darling and tabloid target and sifting the truth from the trash in what’s been said about him, Depp is the definitive biography of one of this generation’s most important, most impassioned, and most independent stars.

Christopher Heard is the author of Dreaming Aloud: The Life and Films of James Cameron and Ten Thousand Bullets: The Cinematic Journey of John Woo. He is the co-host and producer on the long-running television show Reel to Real.