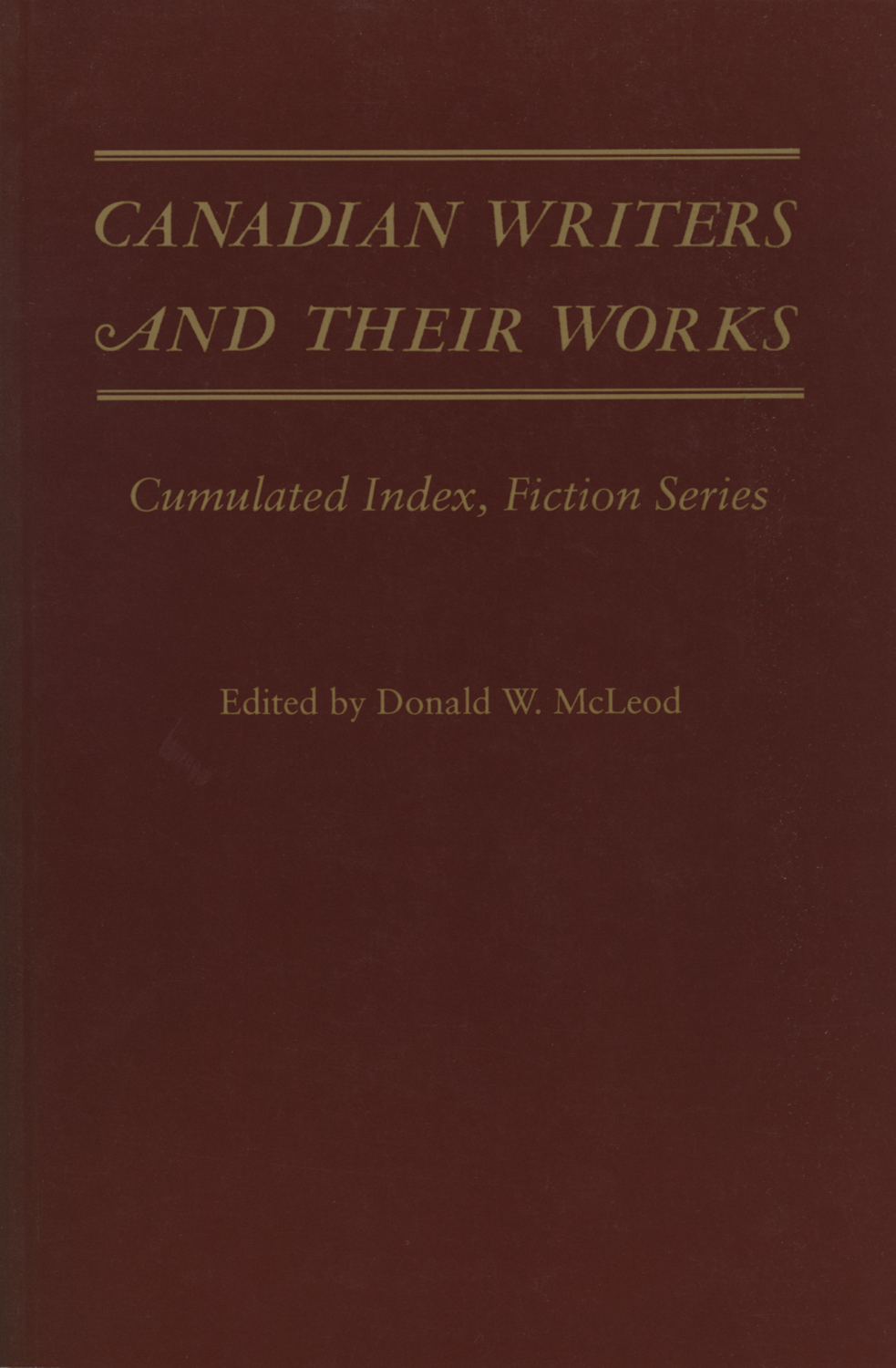 These index volumes are edited, slightly revised cumulations of the indexes that appeared with each of the first twenty volumes of the Canadian Writers and Their Works series. Each index lists all proper names — excluding place names, academic institutions, names of characters, and names of relatives mentioned only in passing — and all critics named or quoted in the text or in explanatory notes. All titles of poems, stories, articles, and books discussed in the text are also indexed, as are the titles of periodicals and critical works about which substantive remarks have been made.

Donald W. McLeod is the editor of Lesbian and Gay Liberation in Canada: A Selected Annotated Chronology, 1964–1975. He lives in Toronto, Ontario.