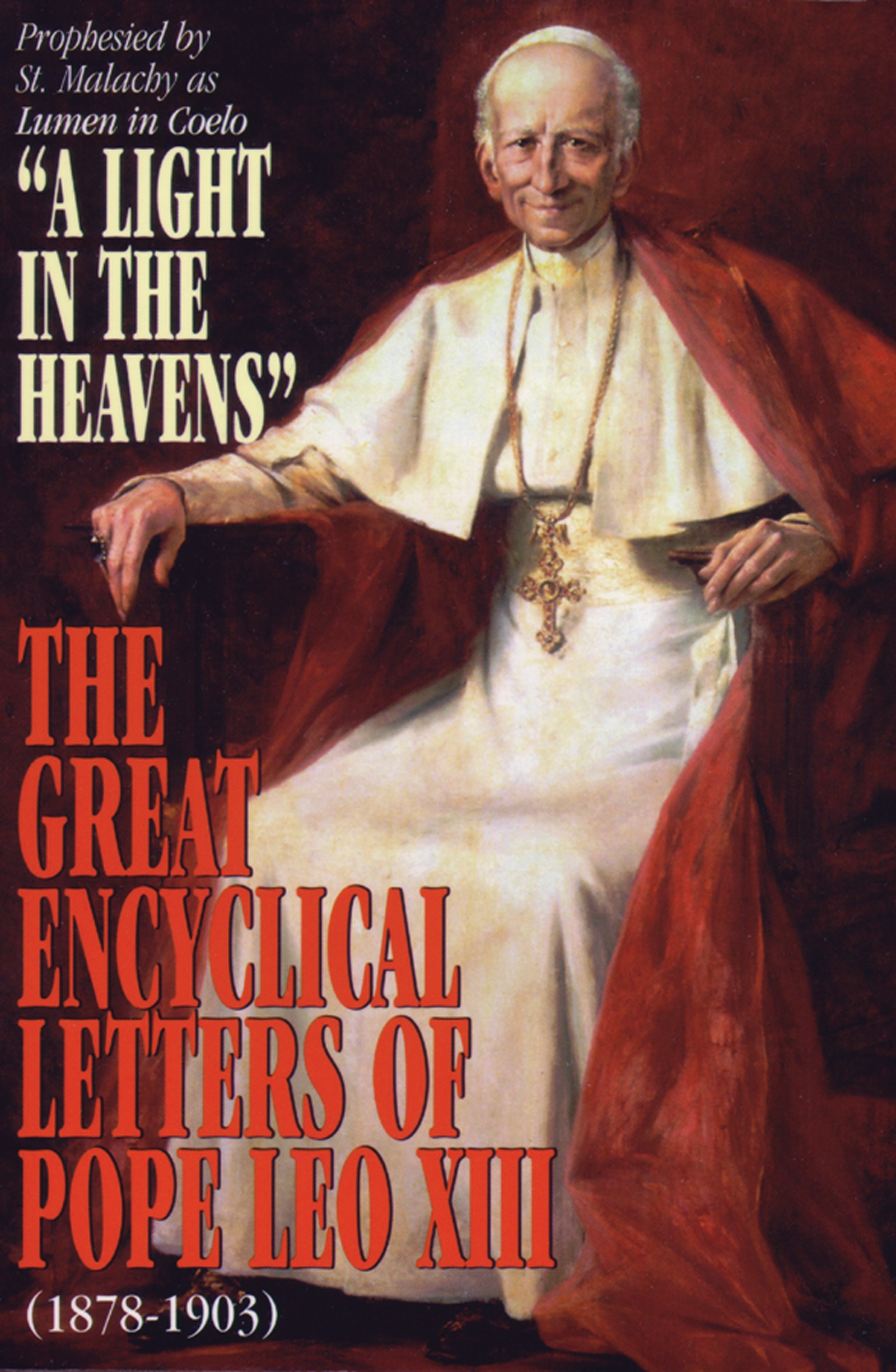 Light in the Heavens

Prophesied as "A light in the heavens." 30 of his greatest encyclicals: Freemasonry, Christian Marriage, etc. Reads like chapters of one mighty book! Sheds the light of Faith on virtually all major problems we face today. Belongs in every Catholic home. Impr. 580 pgs,

Pope Leo XIII, whose birth name was Vincenzo Pecci, was born in 1810 to an Italian comital family. He was ordained a priest on December 31, 1837, and shortly thereafter appointed as legate of Benevento by Pope Gregory XVI. He later became a cardinal and was elected pope on the third ballot of the conclave of 1878. Besides defending the papacy prior to his election, Pope Leo subsequently strived in earnest to provide understanding between the Church and the modern world, and maintained that unconditional freedom was both immoral and unnatural. His Humanum Genus (On Freemasonry) was given on April 20, 1884, and printed in the form of a pamphlet by TAN in 2010. Pope Leo XIII died in 1903 at the age of ninety-three.