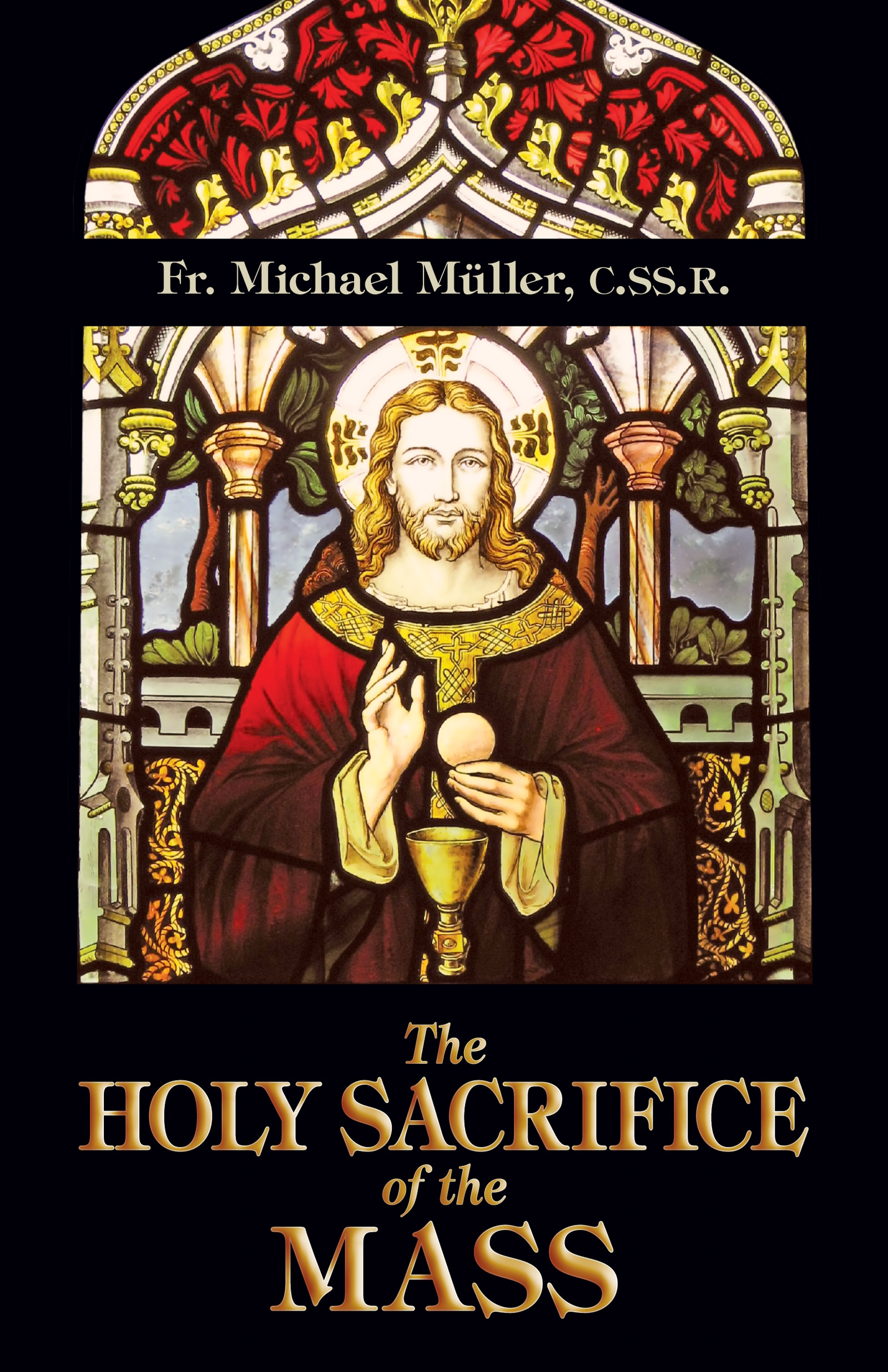 The Holy Sacrifice of the Mass

Written to give Catholics an appreciation of the value of the Mass. Considers it from every conceivable angle, showing it to be the central aspect of our faith, and in the process he touches on virtually every important facet of our faith, explaining how it is tied to this supreme sacrifice. Contains a wealth of Catholic traditions, Biblical facts, and enthralling, true stories from history and the lives of the Saints. Impr. 589 pgs,

Father Michael Mueller, C.SS.R., was born in 1825 at Germany. He later joined the Congregation of the Most Holy Redeemer, and was one of eleven clerics sent to the United States by the American Redemptorist Provincial. Upon completion of his theology studies in Maryland, he was ordained in 1853 by John Nepomucene Neumann. He served the Redemptorist communities in the U.S. as Consulter to the Provincial, as well as Superior and Novice Master. Father Mueller is the author of The Blessed Eucharist, Prayer: The Key to Salvation, Triumph of the Blessed Sacrament, The Prodigal Son, and God the Teacher of Mankind. He died in 1899.