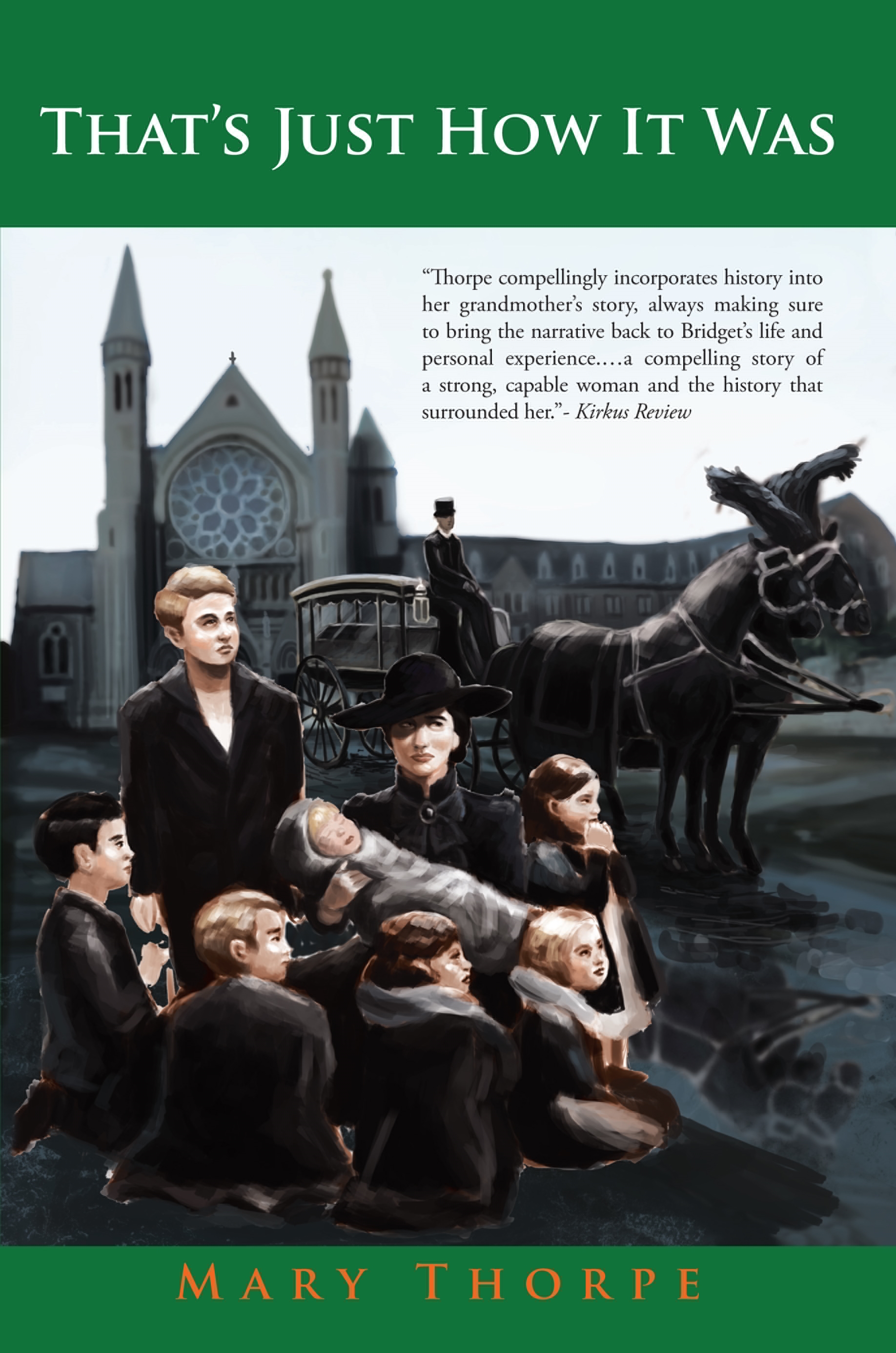 That’s Just How It Was

This work is a labor of love by writer Mary Thorpe as a tribute to her much loved Granny O’Rourke (nee Nolan) in an attempt to place the stories she heard and was told into a true and historical context. As a social worker who came across many cases of social deprivation in modern times, Mary had the dawning realization regarding what her own grandmother had been through in even harder times in the late part of the nineteenth century and early part of the twentieth century in Ireland. Mary felt the driving need to record her much-loved grandmother’s story as recognition of Bridget’s harsh life and also as a tribute to her and the millions of others like her who made the best of things while still retaining a sense of pride, of the worth of education as a ticket out of poverty, and of the importance of retaining one’s dignity and commitment to family through good and bad times.

Mary Thorpe was born and raised in Wolfetone Square, West Bray, in County Wicklow, Ireland. She was the middle of five children of Patrick and Lolly Kavanagh (nee O’Rourke). She attended St. Patrick’s National School, where she gained a certificate of education at fourteen years of age. She worked in a lot of factory jobs until she met and married Ian Thorpe in England and they had five children. When Mary was forty-one years old, she made the decision to return to education and undertook a course of study in Langley College in Berkshire. Having then gained the relevant qualification to gain entry into university, she applied for and was accepted onto a university course of social sciences, which included social work and higher education. On completion of the university course, Mary was appointed to many social work posts. When her husband and mother died in 1997, she moved north to Preston to be near her daughter. Mary retired in October 2010, and now lives in Preston in Lancashire.