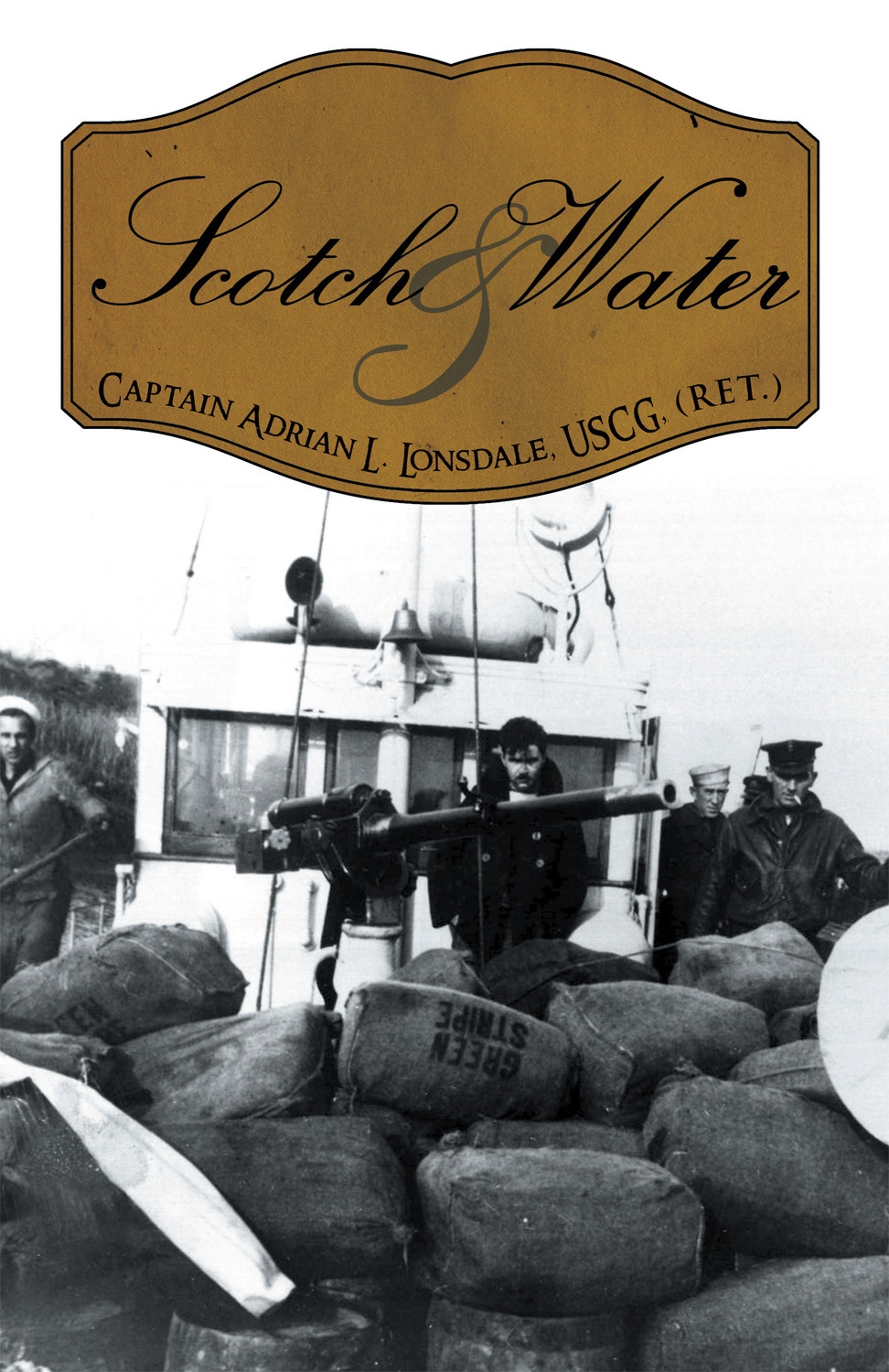 Scotch and Water is a story about the sea phase of rum-running on Puget Sound from British Columbia, Canada, to Seattle, Washington, between 1920 to 1926. The only effective barrier was one small antiquated Coast Guard cutter, the Sentinel. It was described as a donkey chasing gazelles. However, due to the honesty and cunning of the cutter’s captain, Karl Hirsch, the Sentinel compiled a record of captures matched by no other seagoing unit in the Northwest. This is a story of characters “violating an ‘unjust law,’”—the intrigue, pursuits, the loves and the lives of the participants, and the disastrous results for nearly all.

A graduate of the Coast Guard Academy in 1950, captain Adrian Lonsdale is a third-generation coastguardsman. Lonsdale’s father and grandfather both served as Coast Guard officers in the Pacific Northwest and in Alaska. Captain Lonsdale has coauthored two books: A Guide to Sunken Ships in American Waters and Voyager Beware. He is also a contributing author to Handbook of Ocean and Underwater Engineering. In addition, Lonsdale has had numerous articles and stories published in national publications such as True Boating, Motor Boating, Popular Boating, Sea Frontiers, National Fisherman, Naval Institute Proceedings, and Sea Classics.