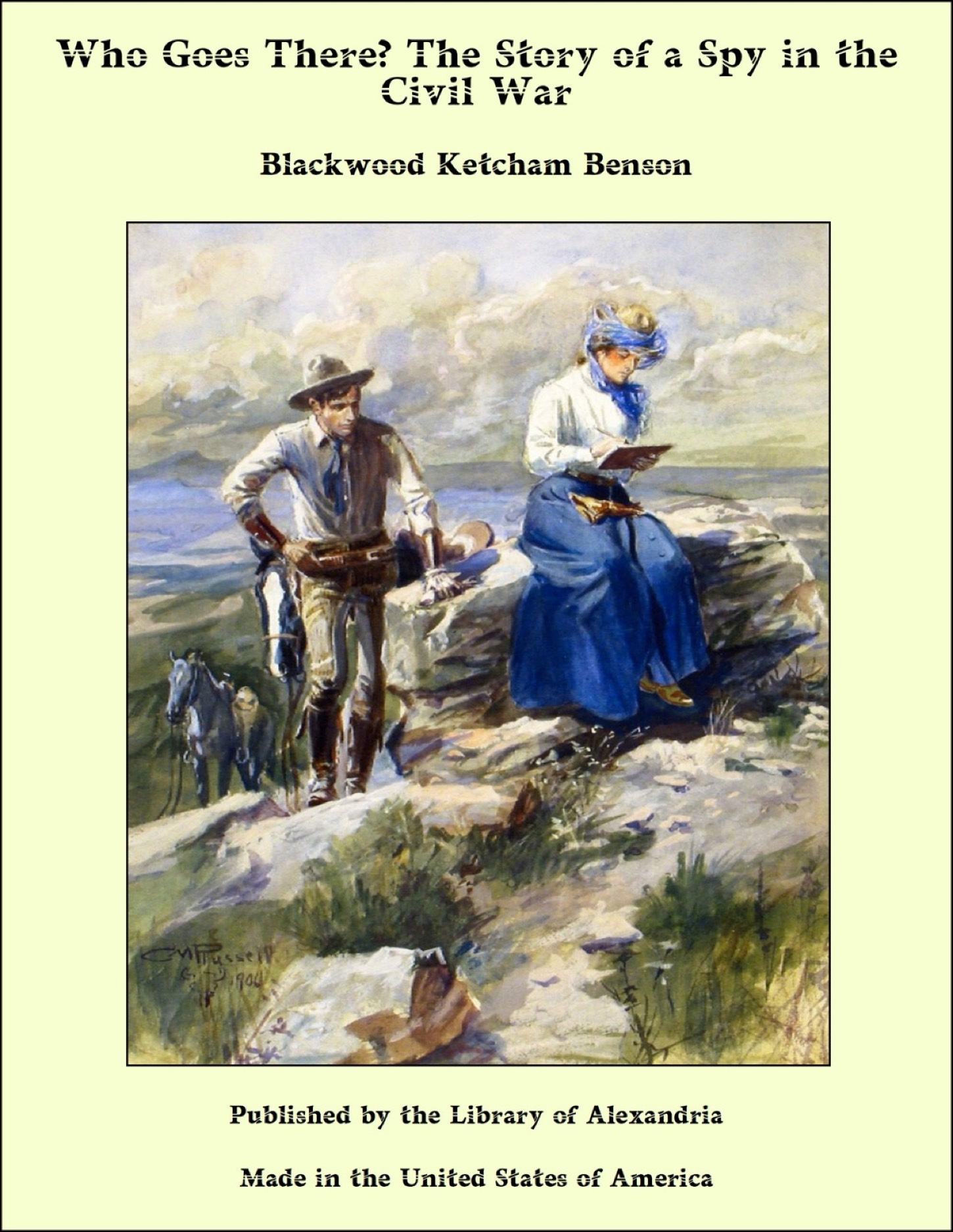 Who Goes There? The Story of a Spy in the Civil War

From early childhood I had been subject to a peculiar malady. I say malady for want of a better and truer word, for my condition had never been one of physical or mental suffering. According to my father's opinion, an attack of brain fever had caused me, when five years old, to lose my memory for a time--not indeed my memory entirely, but my ability to recall the events and the mental impressions of a recent period. The physicians had agreed that the trouble would pass away, but it had been repeated more than once. At the age of ten, when occurred the first attack which I remember, I was at school in my native New England village. One very cold day I was running home after school, when my foot slipped on a frozen pool. My head struck the ice, but I felt no great pain, and was almost at once on my feet. I was bewildered with what I saw around me. Seemingly I had just risen from my seat at the breakfast table to find myself in the open air, in solitude, in clothing too heavy, with hands and feet too large, and with a July world suddenly changed to midwinter. As it happened, my father was near, and took me home. When the physicians came, they asked me many questions which I could not understand. Next morning my father sat by my bed and questioned mo again. He inquired about my studies, about my classmates, about my teacher, about the school games. Many of his questions seemed strange to me, and I answered them in such words that he soon knew there was an interval of more than six months in my consciousness. He then tried to learn whether there remained in my mind any effect of my studies during the past term. The result was surprising. He found that as to actual knowledge my mind retained the power developed by its exercise,--without, however, holding all details of fact,--but that, in everything not positive, my experience seemed to have been utterly lost. I knew my multiplication table thoroughly; I had acquired it in the interval now forgotten. I could write correctly, and my ability to read was not lessened. But when questions concerning historical events, either general or local, were asked, my answers proved that I had lost everything that I had learned for the six months past. I showed but little knowledge of new games on the playground, and utter forgetfulness of the reasons for and against the Mexican War which was now going on, and in which, on the previous day, I had felt the eager interest of a healthy boy.