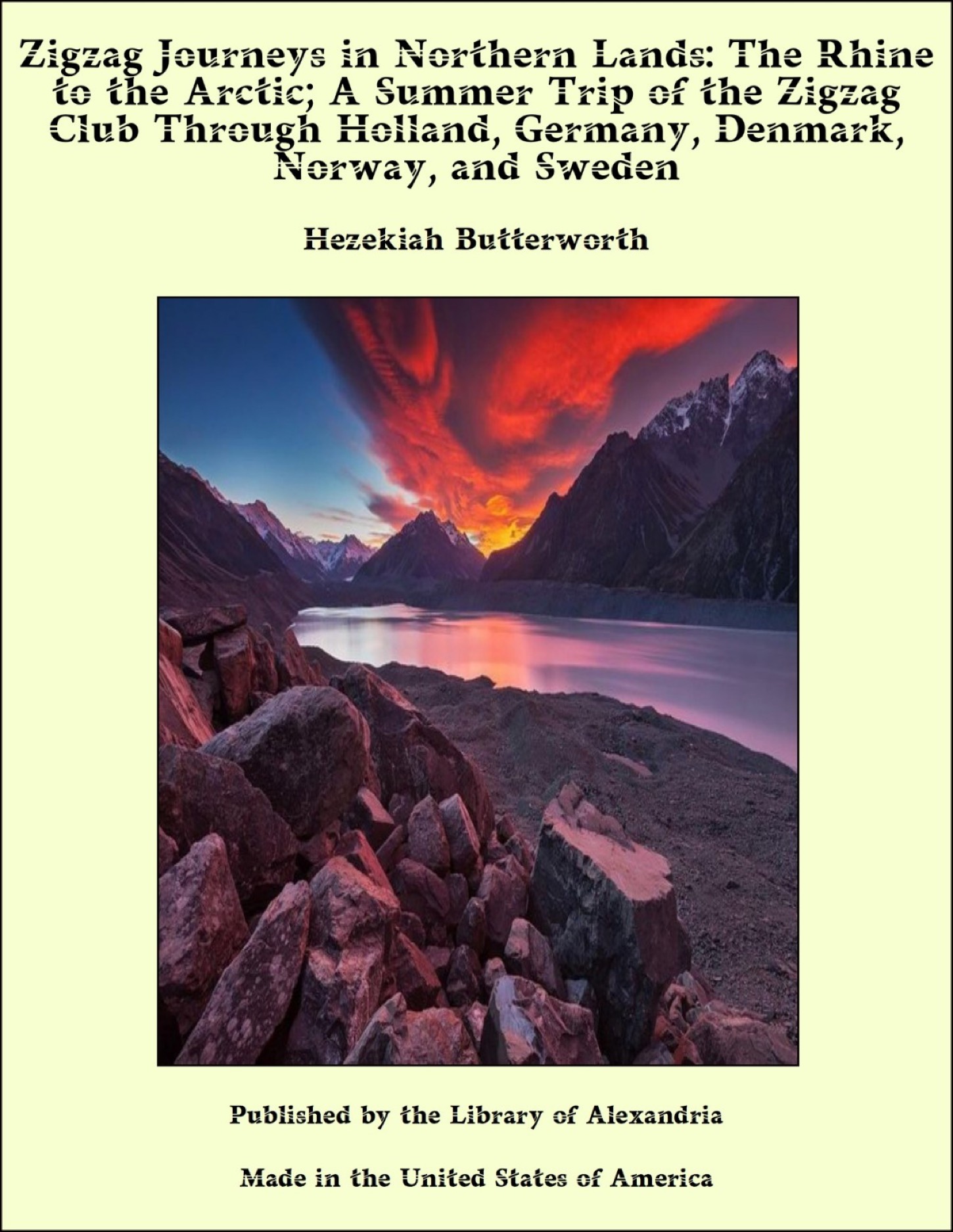 Zigzag Journeys in Northern Lands: The Rhine to the Arctic; A Summer Trip of the Zigzag Club Through Holland, Germany, Denmark, Norway, and Sweden

When the Northern nations shattered the Roman power, people imagined that the dismantled castles of the Rhine became the abodes of mysterious beings: spirits of the rocks, forests, fens; strange maidens of the red marshes; enchanters, demons; the streams were the abodes of lovely water nymphs; the glens of the woods, of delightful fairies. Into these regions of shadow, mystery, of heroic history, of moral conflicts and Christian triumphs, it is always interesting to go. It is especially interesting to the American traveller, for his form of Christianity and republican principles came from the Rhine. Progress to him was cradled on the Rhine, like Moses on the Nile. In the Rhine lands Luther taught, and Robinson of Leyden lived and prayed; and from those lands to-day comes the great emigration that is peopling the golden empire of America in the West. “I would be proud of the Rhine were I a German,” said Longfellow. “I love rivers,” said Victor Hugo; “of all rivers I prefer the Rhine.” It is our purpose in this story-telling volume to relate why the Zigzag Club was led to make the Rhine the subject of its winter evening study, and to give an account of an excursion that some of its members had made from Constance to Rotterdam and into the countries of the North Sea.