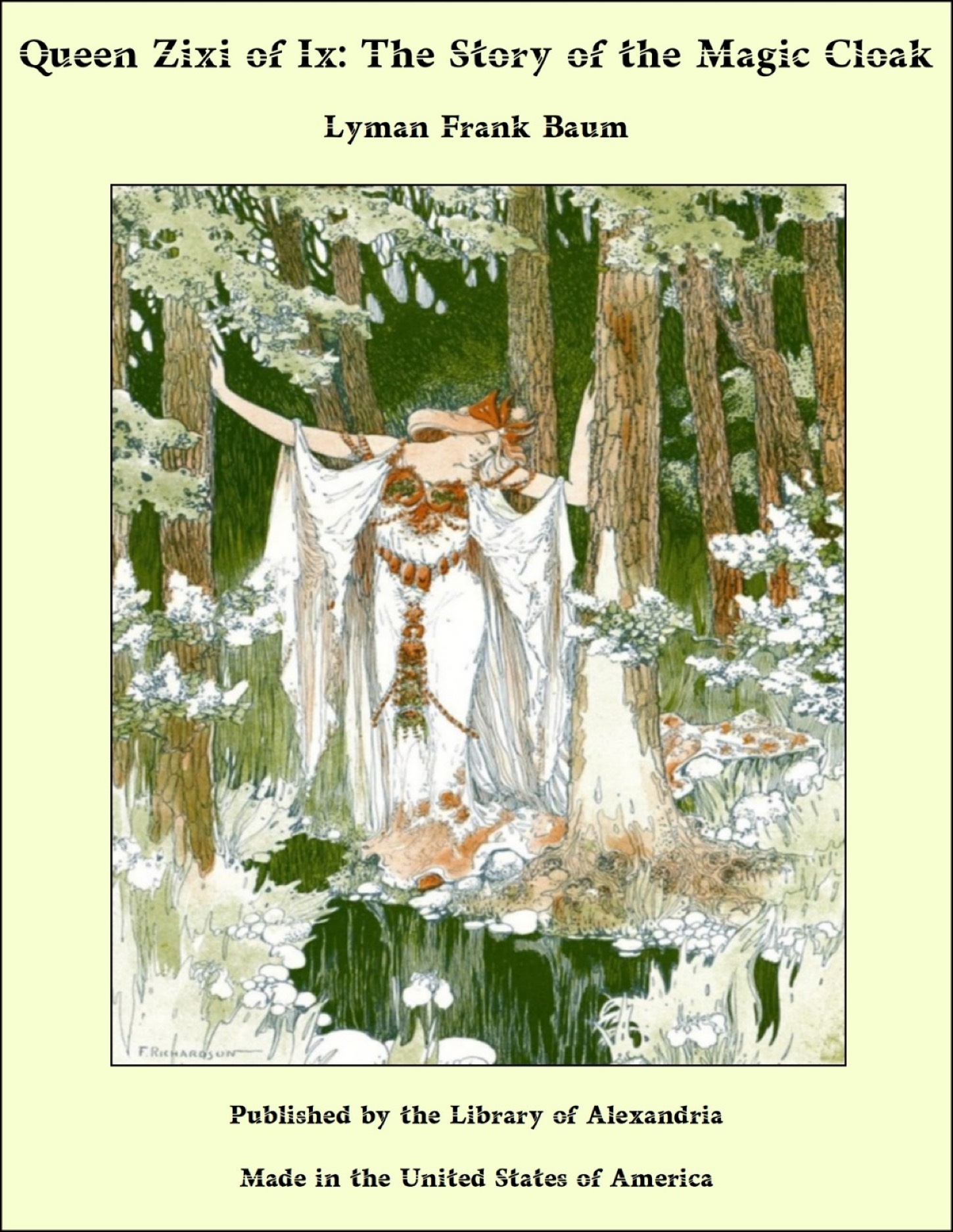 Queen Zixi of Ix: The Story of the Magic Cloak

The fairies assembled one moonlit night in a pretty clearing of the ancient forest of Burzee. The clearing was in the form of a circle, and all around stood giant oak and fir trees, while in the center the grass grew green and soft as velvet. If any mortal had ever penetrated so far into the great forest, and could have looked upon the fairy circle by daylight, he might perhaps have seen a tiny path worn in the grass by the feet of the dancing elves. For here, during the full of the moon, the famous fairy band, ruled by good Queen Lulea, loved to dance and make merry while the silvery rays flooded the clearing and caused their gauzy wings to sparkle with every color of the rainbow. On this especial night, however, they were not dancing. For the queen had seated herself upon a little green mound, and while her band clustered about her she began to address the fairies in a tone of discontent. “I am tired of dancing, my dears,” said she. “Every evening since the moon grew big and round we have come here to frisk about and laugh and disport ourselves; and although those are good things to keep the heart light, one may grow weary even of merrymaking. So I ask you to suggest some new way to divert both me and yourselves during this night.” “That is a hard task,” answered one pretty sprite, opening and folding her wings slowly—as a lady toys with her fan. “We have lived through so many ages that we long ago exhausted everything that might be considered a novelty, and of all our recreations nothing gives us such continued pleasure as dancing.” “But I do not care to dance to-night!” replied Lulea, with a little frown. “We might create something, by virtue of our fairy powers,” suggested one who reclined at the feet of the queen. “Ah, that is just the idea!” exclaimed the dainty Lulea, with brightening countenance. “Let us create something. But what?” “I have heard,” remarked another member of the band, “of a thinking-cap having been made by some fairies in America. And whatever mortal wore this thinking-cap was able to conceive the most noble and beautiful thoughts.”