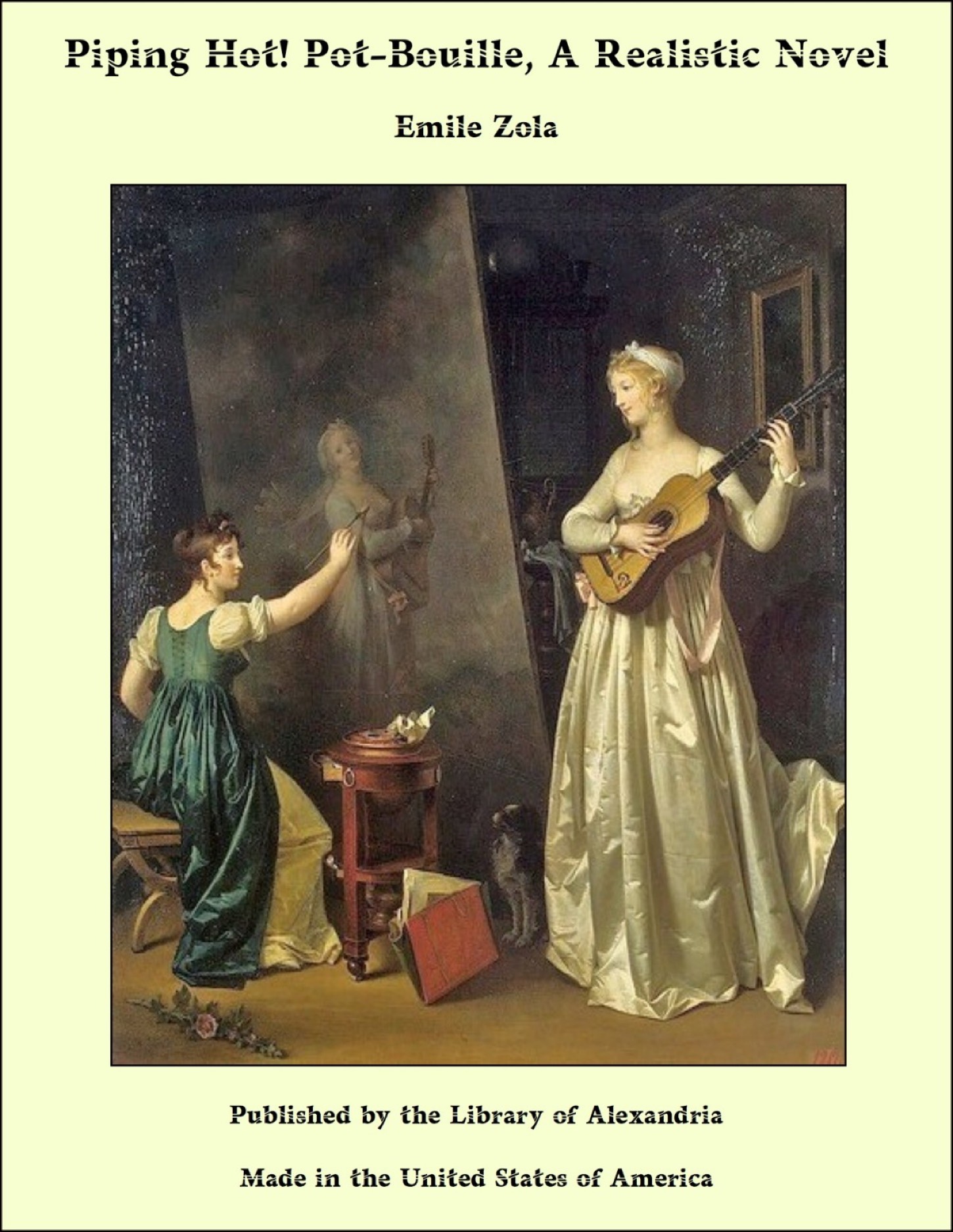 Out in the street the young man, deafened by the cabs, jostled by the passers-by, eould not help remarking that this lady was very beautiful, but that she did not seem particularly amiable. On the black and muddy pavement, the bright windows of freshly-painted shops, flaring with gas, east broad rays of vivid light; whilst the old shops, with their sombre displays, lit up in the interior only by smoking lamps, which burnt like distant stars, saddened the streets with masses of shadow. In the Rue Neuve-Saint-Augustin, just before turning into the Rue do Choiseul, the architect bowed on passing before one of these establishments. A young woman, slim and elegant, dressed in a silk mantlet, was standing in the doorway, drawing a little boy of three towards her, so that he might not get run over. She was talking to an old bareheaded lady, the shopkeeper, no doubt, whom she addressed in a familiar manner. Octave eould not distinguish her features in that dim light, beneath the dancing reflections of the neighbouring gas-jets; she seemed to him to be pretty, he only saw two bright eyes, whieh were fixed a moment upon him like two flames. Behind her yawned the shop, damp like a cellar, and emitting an odour of saltpetre. “That is Madame Vabre, the wife of Monsieur Théophile Vabre, the landlord’s younger son. You know the people who live on the first floor,” resumed Campardon, when he had gone a few steps. “Oh! a most charming lady! She was born in that shop, one of the best paying haberdashers of the neighbourhood, which her parents, Monsieur and Madame Louhette, still manage, for the sake of having something to occupy them. They have made some money there, I will warrant!” But Oetave did not understand trade of that sort, in those holes of old Paris, where at one time a piece of stuff was sufficient sign. He swore that nothing in the world would ever make him consent to live in such a den. One surely caught some rare aches and pains there! Whilst talking, they had reaehed the top of the stairs. They were being waited for. Madame Campardon had put on a grey silk dress, had arranged her hair coquettishly, and looked very neat and prim. Campardou kissed her on the neck, with the emotion of a good husband.