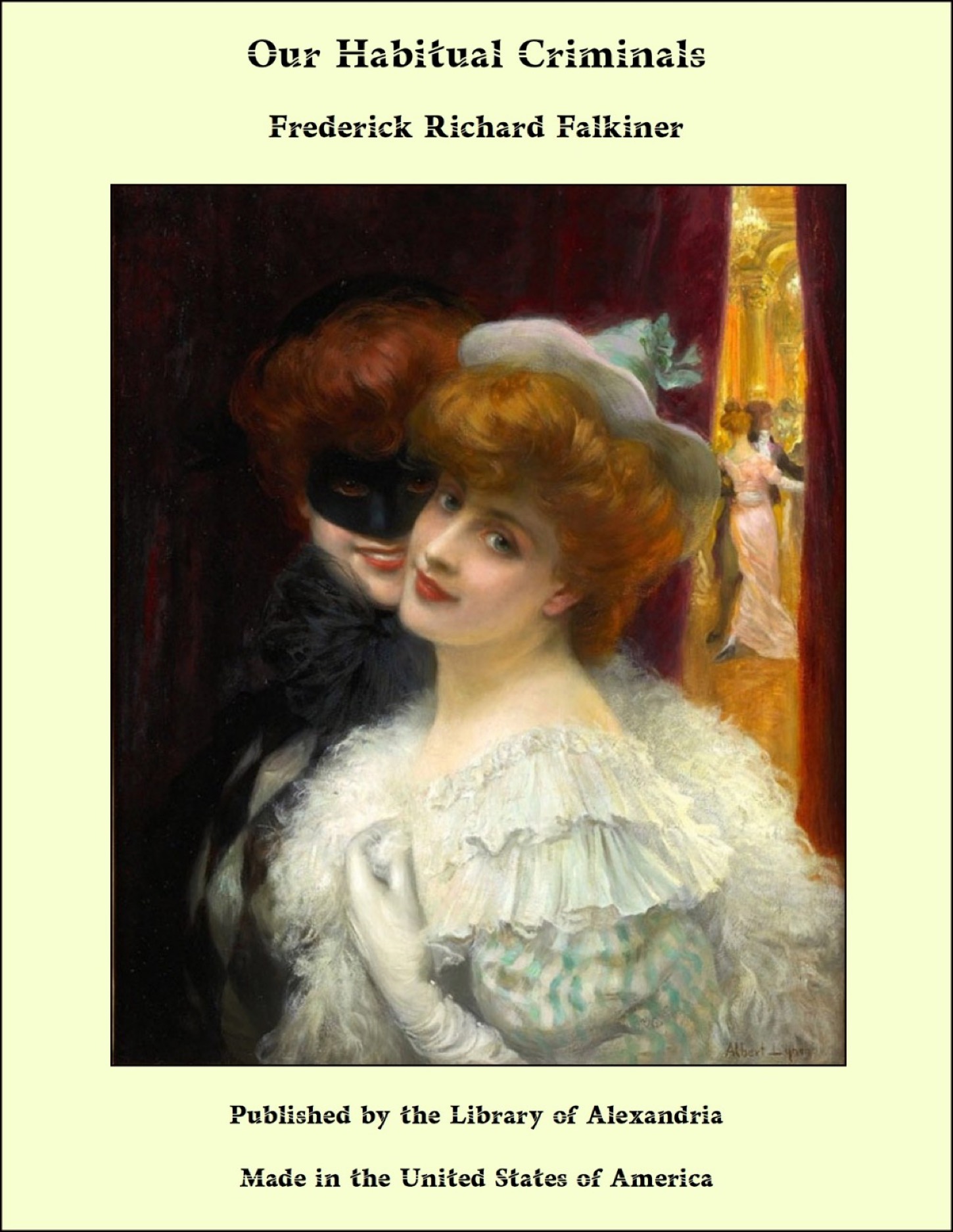 In seeking to take counsel with you here to-night on the grave problem our habitual criminals present, I have been most desirous not merely to iterate deplorings I have perhaps too often vainly made elsewhere, nor to suggest remedial action, which, plausible in itself, overlooks or underrates the difficulties which may render it impracticable. Those who even rightly contemplate existing evils from their own point are at times too prone to dictate changes, the carrying out of which lies outside their own sphere and responsibility, and then to brand as official obstruction the hesitation of the responsible departments to accept their methods. I have then essayed to approach this subject with some competent knowledge of our present penal system as it exists beyond the domain of the courts of justice. This study has been facilitated by the Blue Books of the Royal Commission on Penal Servitude, issued by Sir R. Cross, and presided over by the Earl of Kimberley in 1878-'79, in which by the most skilled witnesses, chief members of the English and Irish Prison Boards, governors and officials of all the chief prisons, and including even some half dozen ticket-of-leave men, the whole system is graphically portrayed.