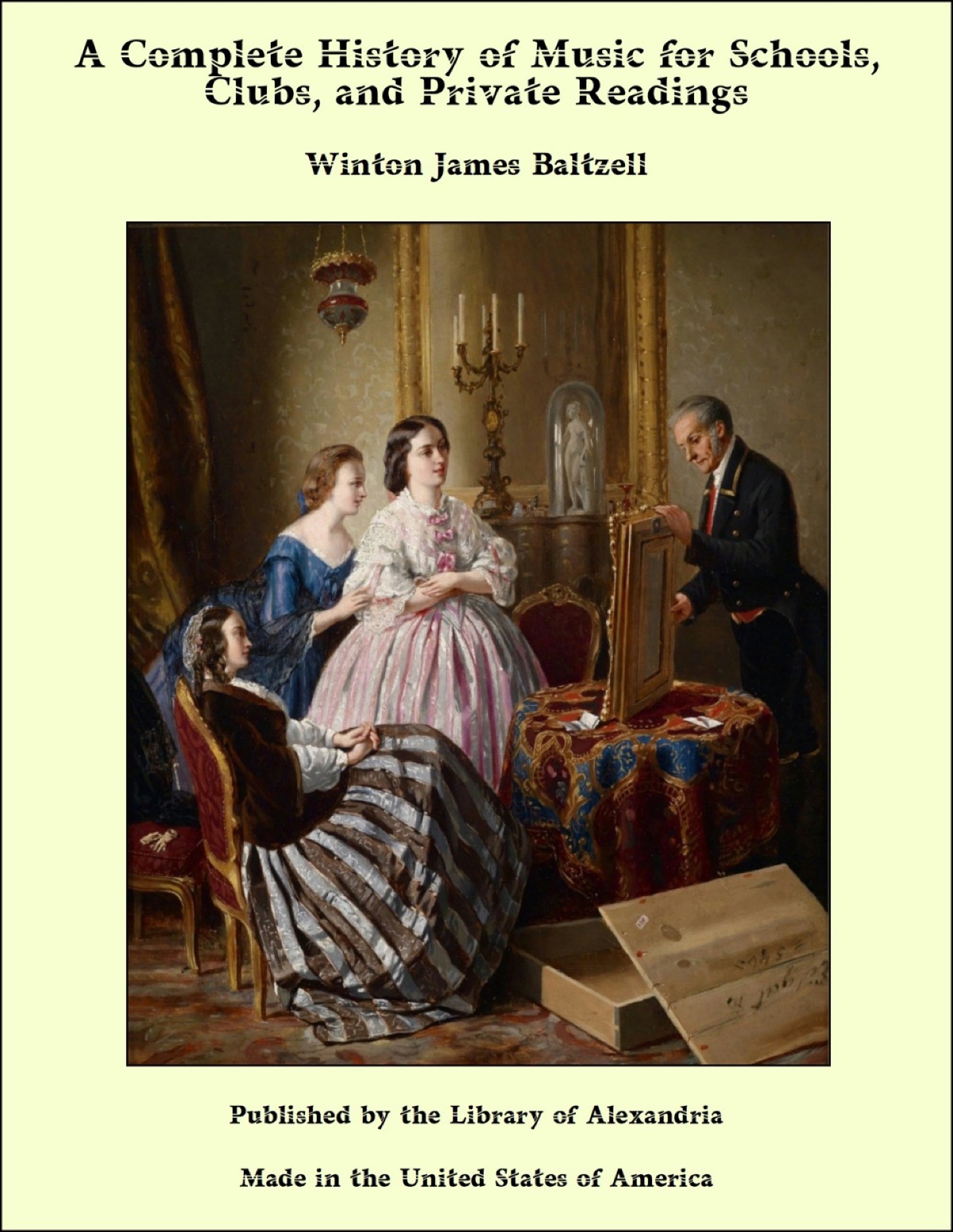 A Complete History of Music for Schools, Clubs, and Private Readings

When we think of Music we have in mind an organization of musical sounds into something definite, something by design, not by chance, the product of the working of the human mind with musical sounds and their effects upon the human sensibilities. So long as man accepted the various phenomena of musical sounds as isolated facts, there could be no art. But when he began to use them to minister to his pleasure and to study them and their effects, he began to form an art of music. The story of music is the record of a series of attempts on the part of man to make artistic use of the material which the ear accepts as capable of affording pleasure and as useful in expressing the innermost feelings. The raw material of music consists of the sounds considered musical, the human voice, various musical instruments and the use of this material in such ways as to affect the human sensibilities; that is, to make an impression upon the hearer which shall coincide with that of the original maker of the music who gives to his feelings expression in music. We find in music, as in other branches, that man tries to reduce phenomena to order and to definite form. The mass of musical material is vague, incoherent, disorganized. Man seeks to devise ways to use it intelligibly, and to promote esthetic pleasure. If musical sounds are to be combined simultaneously or successively, this combination should be in accordance with design, not haphazard, just as the builder of the house or the temple puts together his material according to a regular plan. Those who have been leaders in the Art of Music have labored in two ways: to extend the limits of expression in music, and to find the means to contain that expression. At one period stress is laid on making music expressive, at another on the medium for conveying expression to others, the latter being comprehended in the term Form. In connection with this statement, the student will do well to remember that every period of great intellectual activity, social or political, reacted upon music and the other arts; to illustrate, we need but refer to the formal, even artificial character of the music of the period preceding the French Revolution and the freedom and vigor imparted by the spirit of Romanticism which followed in the wake of that great political movement, a difference strikingly illustrated in the music of Haydn and Beethoven, Clementi and Schumann. There is also a constant action and reaction of the various racial streams of power such as the Aryan on the Semitic, East upon the West, Latin upon the Teuton, Folk-music upon the Scholastic.