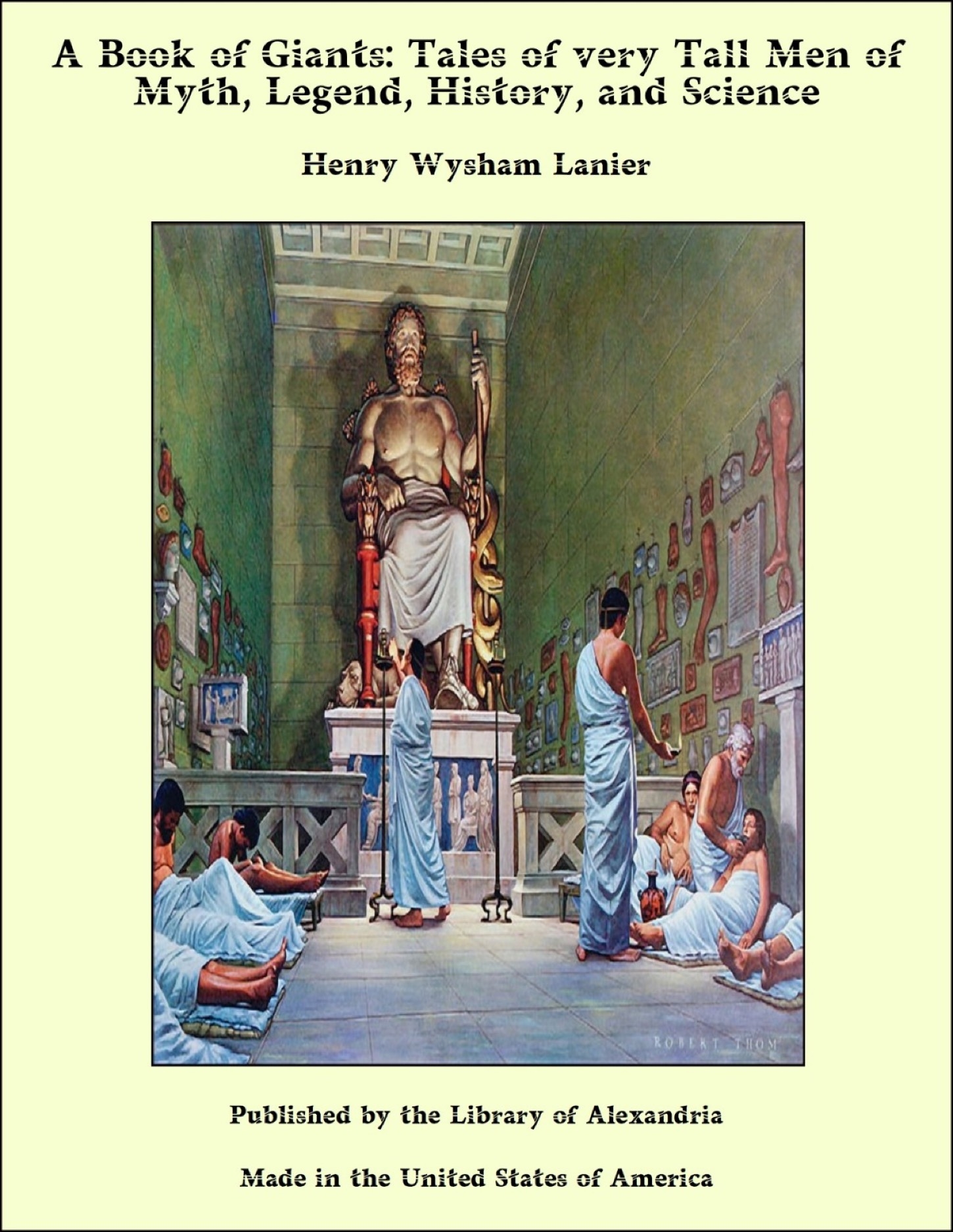 A Book of Giants

We think of Zeus as the mightiest god of Greece, accompanied by his servants Force, Might and Victory,—the Cloud-gatherer, the Rain-giver, the Thunderer, the Lightning-hurler, the Sender of Prodigies, the Guider of Stars, the Ruler of other gods and men, whom even Poseidon the Earth-shaker must obey. The very name reverberates with majesty, power, dominion. But the beginnings of this vast deity were in darkness and danger. True, the reign of his father Kronos was that Golden Age when, in the fresh morning of the world, "Heat and Cold were not yet at strife, the Seasons had not begun their mystic dance, and one mild and equable climate stretched from pole to pole; when the trees bore fruit and the vine her purple clusters all the year, and honey-dew dripped from the laurel and juniper which are now so bitter; when flowers of every hue filled the air with perpetual fragrance, the lion gambolled with the kid, and the unfanged serpent was as harmless as the dove"; when over-curious Pandora not yet having released her boxful of ills, men had neither care nor sickness nor old age, but, after centuries of blissful calm, faded like flowers and became kindly spirit-guardians of their successors. Yet amid this charming serenity Kronos could never forget the curse of his father Uranus whom he had overthrown, and the prophecy that he himself should in his turn be cast down by his own children. "Wherefore being resolved to defeat that prophecy, he swallowed each child his wife Rhea brought forth, as soon as it was born. When Rhea had thus lost five babes,—Hestia, Demeter, Hera, Hades and Poseidon—and knew herself about to bear yet another, she made her prayer to Uranus her ancient sire, imploring counsel and aid.