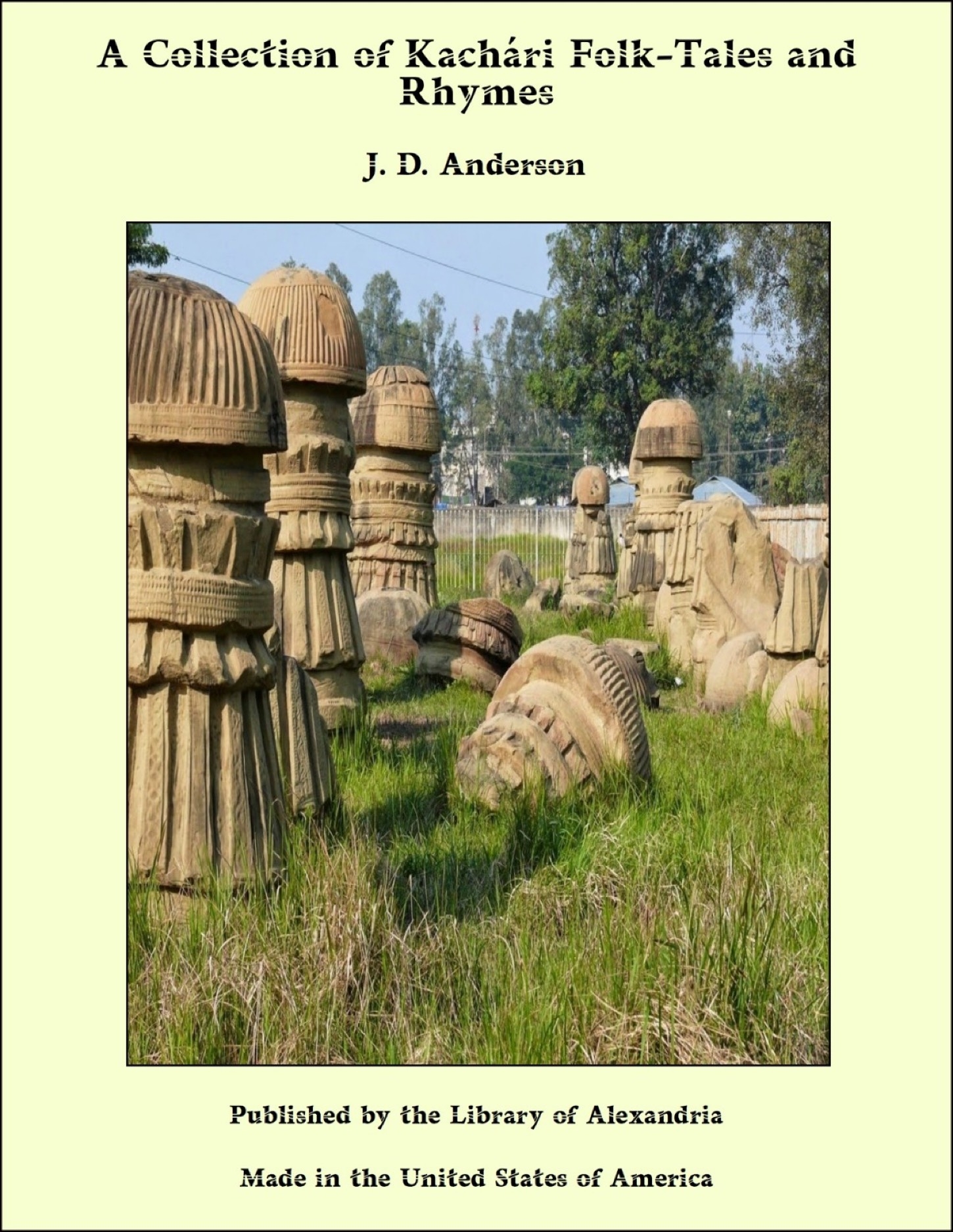 A Collection of Kachári Folk-Tales and Rhymes

This little collection of Kachári folk-stories and rhymes is intended as a supplement to the Reverend Mr. Endle’s Grammar of the language, and as a reading-book for those who have acquired an elementary knowledge of Kachári. I have added a rough translation, thinking that these specimens of the folk-lore of a very simple and primitive people may be of interest to some who do not care to learn Kachári, and that it may stimulate others to make fuller and more successful excursions into an unexplored field. These stories were collected during a tour of only six weeks’ duration in the Kachári mauzas of Mangaldai, and cost only the effort of taking down the tales as they were dictated. Not only the Kacháris, but the other hill tribes of Assam have doubtless their stores of folk legends which have never been exploited; and it pleases me to hope that others may find it as pleasant as I have found it, to collect these fictions of the savage mind over the camp fire. The text of the stories suggests a problem which it may amuse some one with better opportunities or more perseverance than myself to solve. It will be noticed that while the words are for the most part Kachári words, the syntax is curiously like the Assamese syntax. As an instance of this I have taken down (see page 1) an accused person’s statement in both Assamese and Kachári. The Kachári version is, literally, a word-for-word translation of the Assamese. I can think of no other two languages in which it would be possible to translate a long statement word for word out of one into the other and yet be idiomatic. The most characteristic idioms are exactly reproduced. The Assamese says mor bapáy, but tor báper. The Kachári similarly says Ângnî âfâ, but nangnî namfâ. The Assamese says e dâl láthi; the Kachári translates gongse lauthi. The Assamese saysgai-pelay kalon; the Kachári khithâ-hùi-man. And many more instances will occur to any one with a knowledge of Assamese who reads these stories. Briefly, it may be said that Kachári, as it is spoken in Darrang, has a vocabulary mostly of the Bodo type, though it contains many words borrowed from the Assamese. Its syntax, on the other hand, is nearly identical with the Assamese, almost the only exception being the use of the agglutinate verb (see page 26 of Mr. Endle’s Grammar). Even the agglutinate verb is more or less reproduced in Assamese in the use of such expressions as gai pelay. Now it is quite possible that the Kacháris, from long association with their Hindu neighbours, have learnt their syntax, while retaining their own vocabulary. A more tempting theory is that Assamese and Kachári are both survivals of the vanished speech of the great Koch race, who, we know, ruled where Assamese and Kachári are now spoken side by side; that Assamese has retained the Koch syntax, while it has adopted the Hindu vocabulary of Bengal; that Kachári has preserved both vocabulary and syntax. This theory, if it can be defended, would at last give Assamese a valid claim to be considered a separate tongue, and not a mere dialect of Bengali. It would also give an explanation of the vexed question of the origin of the word Kachári. Ârúi is a common patronymic in the Kachári speech.