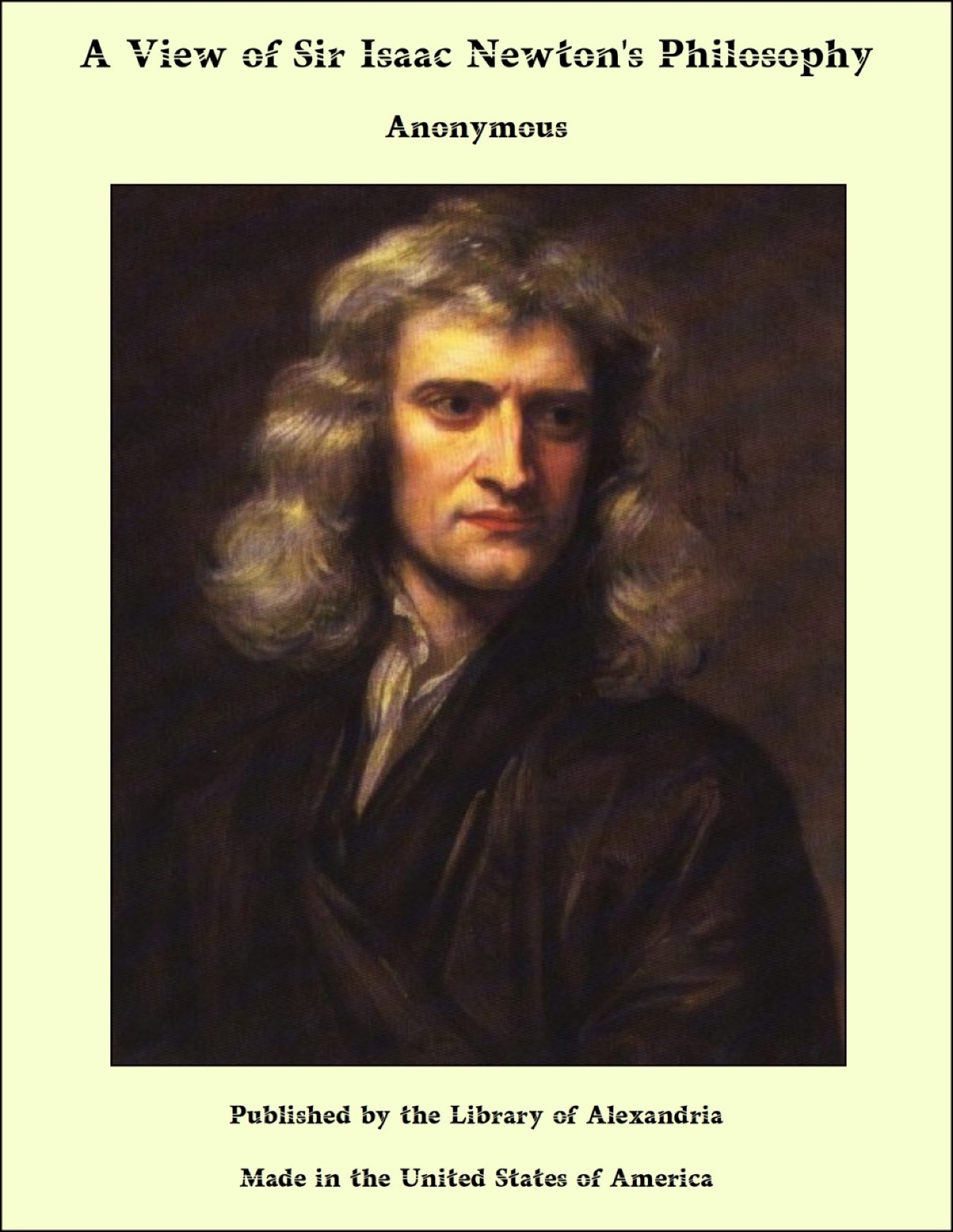 THE manner, in which Sir Isaac Newton has published his philosophical discoveries, occasions them to lie very much concealed from all, who have not made the mathematics particularly their study. He once, indeed, intended to deliver, in a more familiar way, that part of his inventions, which relates to the system of the world; but upon farther consideration he altered his design. For as the nature of those discoveries made it impossible to prove them upon any other than geometrical principles; he apprehended, that those, who should not fully perceive the force of his arguments, would hardly be prevailed on to exchange their former sentiments for new opinions, so very different from what were commonly received. He therefore chose rather to explain himself only to mathematical readers; and declined the attempting to instruct such in any of his principles, who, by not comprehending his method of reasoning, could not, at the first appearance of his discoveries, have been persuaded of their truth. But now, since Sir Isaac Newton's doctrine has been fully established by the unanimous approbation of all, who are qualified to understand the same; it is without doubt to be wished, that the whole of his improvements in philosophy might be universally known. For this purpose therefore I drew up the following papers, to give a general notion of our great philosopher's inventions to such, as are not prepared to read his own works, and yet might desire to be informed of the progress, he has made in natural knowledge; not doubting but there were many, besides those, whose turn of mind had led them into a course of mathematical studies, that would take great pleasure in tasting of this delightful fountain of science.