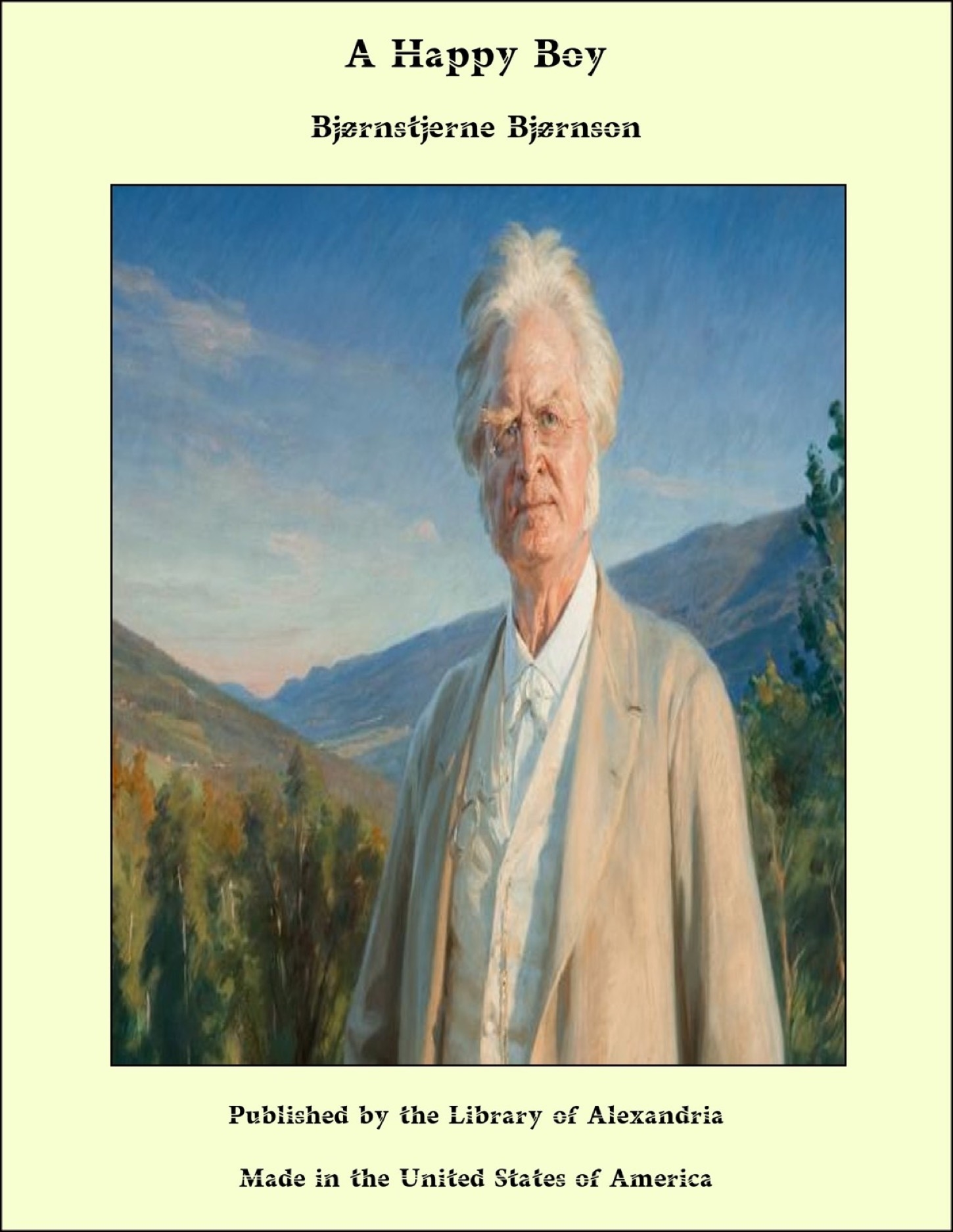 Oyvind grew and became a clever boy; he was among the first scholars at school, and at home he was faithful in all his tasks. This was because at home he loved his mother and at school the school-master; he saw but little of his father, who was always either off fishing or was attending to the mill, where half the parish had their grinding done. What had the most influence on his mind in these days was the school-master's history, which his mother related to him one evening as they sat by the hearth. It sank into his books, it thrust itself beneath every word the school-master spoke, it lurked in the school-room when all was still. It caused him to be obedient and reverent, and to have an easier apprehension as it were of everything that was taught him. The school-master's name was Baard, and he once had a brother whose name was Anders. They thought a great deal of each other; they both enlisted; they lived together in the town, and took part in the war, both being made corporals, and serving in the same company. On their return home after the war, every one thought they were two splendid fellows. Now their father died; he had a good deal of personal property, which was not easy to divide, but the brothers decided, in order that this should be no cause of disagreement between them, to put the things up at auction, so that each might buy what he wanted, and the proceeds could be divided between them. No sooner said than done. Their father had owned a large gold watch, which had a wide-spread fame, because it was the only gold watch people in that part of the country had seen, and when it was put up many a rich man tried to get it until the two brothers began to take part in the bidding; then the rest ceased. Now, Baard expected Anders to let him have the watch, and Anders expected the same of Baard; each bid in his turn to put the other to the test, and they looked hard at each other while bidding. When the watch had been run up to twenty dollars, it seemed to Baard that his brother was not acting rightly, and he continued to bid until he got it almost up to thirty; as Anders kept on, it struck Baard that his brother could not remember how kind he had always been to him, nor that he was the elder of the two, and the watch went up to over thirty dollars. Anders still kept on. Then Baard suddenly bid forty dollars, and ceased to look at his brother. It grew very still in the auction-room, the voice of the lensmand one was heard calmly naming the price. Anders, standing there, thought if Baard could afford to give forty dollars he could also, and if Baard grudged him the watch, he might as well take it. He bid higher. This Baard felt to be the greatest disgrace that had ever befallen him; he bid fifty dollars, in a very low tone. Many people stood around, and Anders did not see how his brother could so mock at him in the hearing of all; he bid higher. At length Baard laughed.