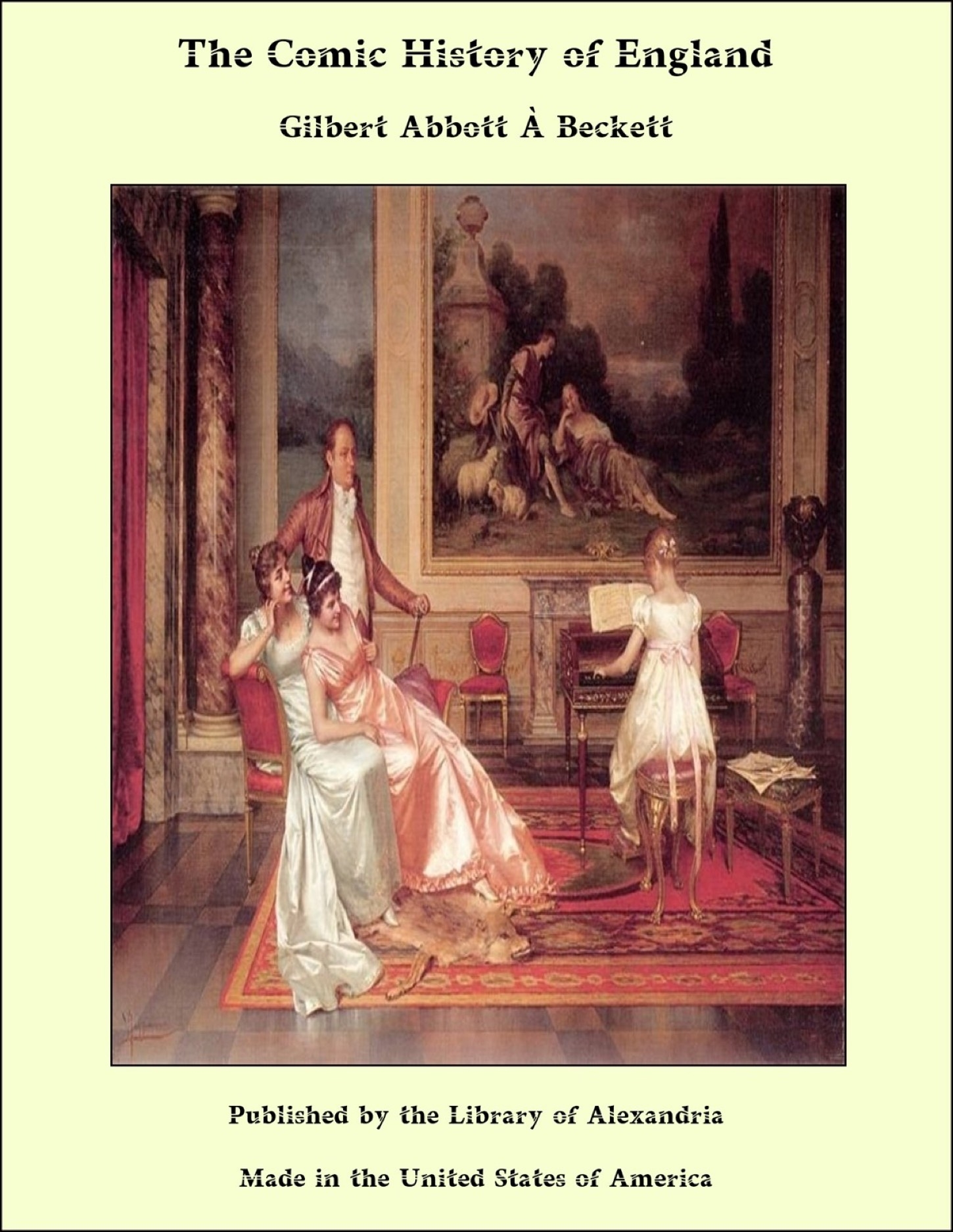 The Comic History of England

IT has always been the good fortune of the antiquarian who has busied himself upon the subject of our ancestors, that the total darkness by which they are overshadowed, renders it impossible to detect the blunderings of the antiquarian himself, who has thus been allowed to grope about the dim twilight of the past, and entangle himself among its cobwebs, without any light being thrown upon his errors. But while the antiquarians have experienced no obstruction from others, they have managed to come into collision among themselves, and have knocked their heads together with considerable violence in the process of what they call exploring the dark ages of our early history. We are not unwilling to take a walk amid the monuments of antiquity, which we should be sorry to run against or tumble over for want of proper light; and we shall therefore only venture so far as we can have the assistance of the bull's-eye of truth, rejecting altogether the allurements of the Will o' the Wisp of mere probability. It is not because former historians have gone head oyer heels into the gulf of conjecture, that we are to turn a desperate somersault after them. The best materials for getting at the early history of a country are its coins, its architecture, and its manners. The Britons, however, had not yet converted the Britannia metal—for which their valour always made them conspicuous—into coins, while their architecture, to judge from the Druidical remains, was of the wicket style, consisting of two or three stones stuck upright in the earth, with another stone laid at the top of them; after the fashion with which all lovers of the game of cricket are of course familiar. As this is the only architectural assistance we are likely to obtain, we decline entering upon the subject through such a gate; or, to use an expression analogous to the pastime to which we have referred, we refuse to take our innings at such a wicket. We need hardly add, that in looking to the manners of our ancestors for enlightenment, we look utterly in vain, for there is no Druidical Chesterfield to afford us any information upon the etiquette of that distant period. There is every reason to believe that our forefathers lived in an exceedingly rude state; and it is therefore perhaps as well that their manners—or rather their want of manners—should be buried in oblivion. It was formerly very generally believed that the first population of this country descended from Æneas, the performer of the most filial act of pick-a-back that ever was known; and that the earliest Britons were sprung from his grandson—one Brutus, who, preserving the family peculiarity, came into this island on the shoulders of the people. * Hollinshed, that greatest of antiquarian gobemouches, has not only taken in the story we have just told, but has added a few of his own ingenious embellishments. He tells us that Brutus fell in with the posterity of the giant Albion, who was put to death by Hercules, whose buildings at Lambeth are the only existing proofs of his having ever resided in this country.