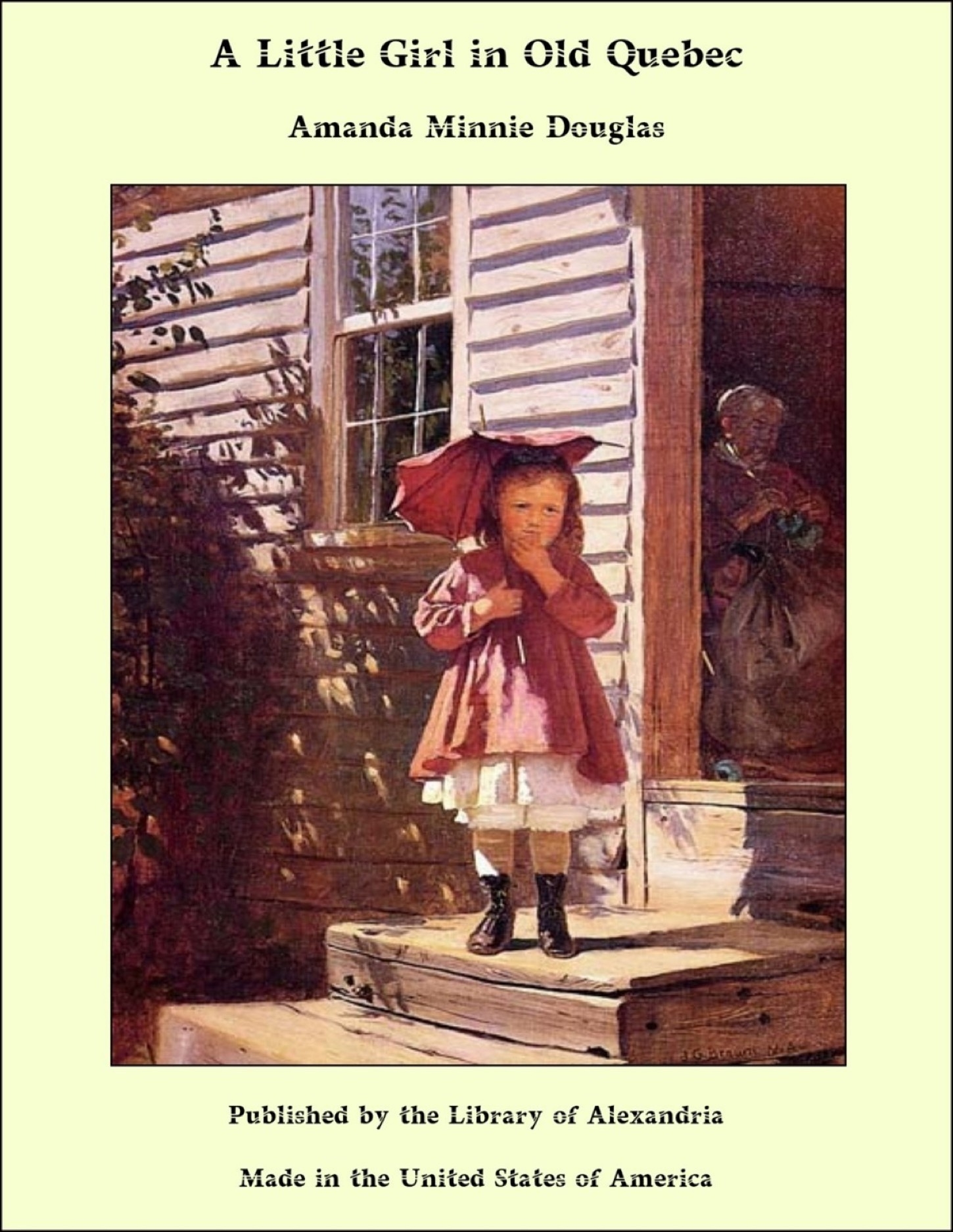 A Little Girl in Old Quebec

Ralph Destournier went gayly along, whistling a merry French song that was nearly all chorus, climbing, slipping, springing, wondering in his heart as many a man did then what had induced Samuel de Champlain to dream out a city on this craggy, rocky spot. Yet its wildness had an impressive grandeur. Above the island of Orleans the channel narrowed, and there were the lovely green heights of what was to be Point Levis, more attractive, he thought, than these frowning cliffs. The angle between the St. Charles and St. Lawrence gave an impregnable site for a fortress, and Champlain was a born soldier with a quick eye to seize on the possibility of defence. On the space between the cliffs and the water a few wooden buildings, rough hewn, marked the site of the lower town. A wall had been erected, finished with a gallery, loopholed for musketry, and within this were the beginnings of a town that was to be famous for heroic deeds, for men of high courage, for quaintness that perpetuates old stories which are perfect romances yet to-day after the lapse of three centuries. There was a storehouse quite well fortified, there was a courtyard with some fine walnut trees, and a few gardens stretching out with pleasant greenery, while doves were flying about in wide circles, a reminder of home. Ralph Destournier had a spirit of adventure and Champlain was a great hero to him. Coming partly of Huguenot stock he had fewer chances at home, and he believed there was more liberty in the new world, a better outlook for a restless, eager mind. He went on climbing over the sun-baked cliffs, while here and there in a depression where rain could linger there were patches of verdure, trees that somehow maintained a footing. How unlike the level old seaport town where he had passed a good part of his youth, considered his grandfather’s heir, when in the turn of fortune’s wheel the sturdy old Huguenot had been killed in battle and his estates confiscated.