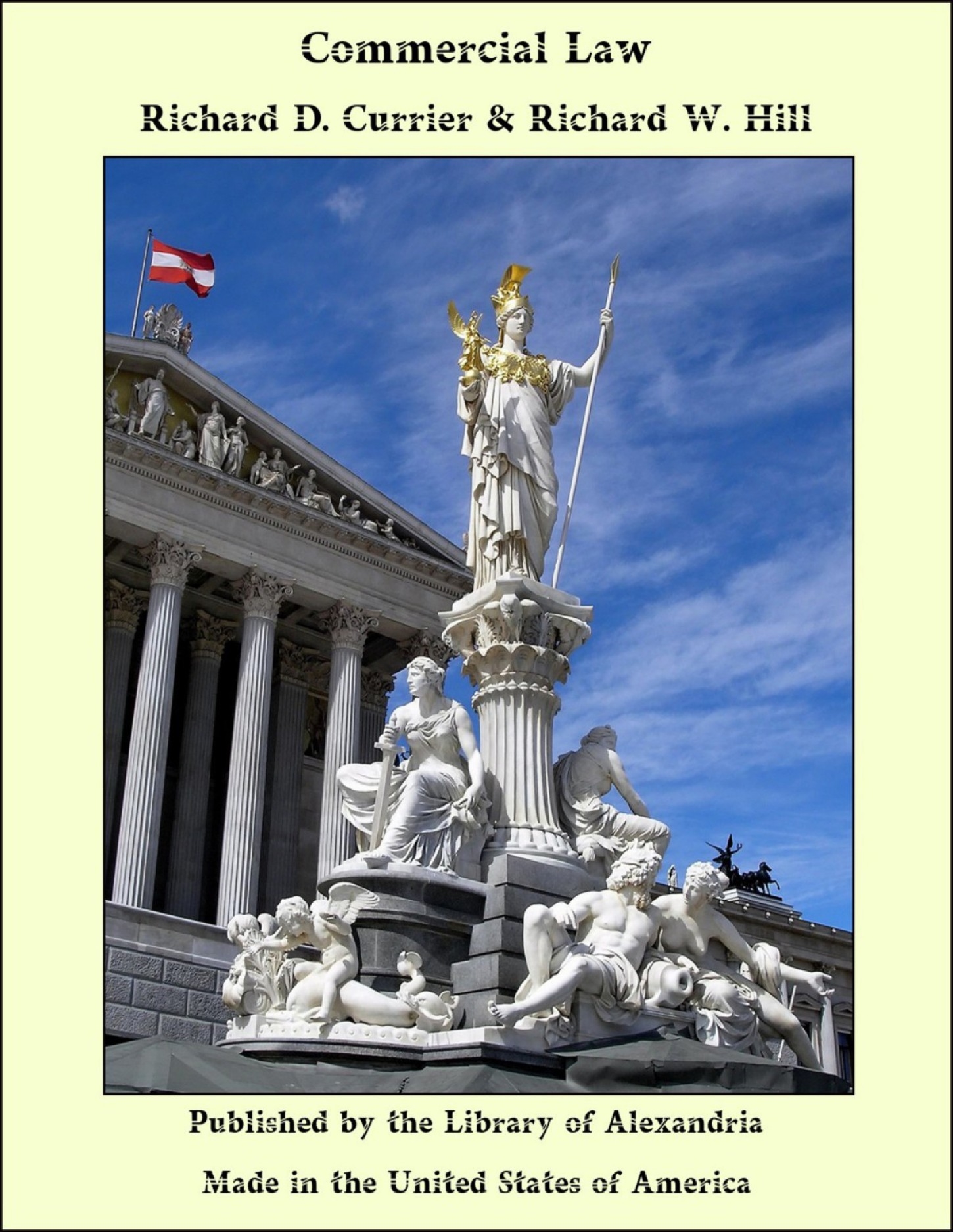 The Institute standard course of study in Commercial Law is not intended to make lawyers, but simply to impart to bankers sufficient knowledge of law to enable them to act in accordance with established legal principles, and refer doubtful questions to a lawyer. It is not usurping the functions of a lawyer for a banker to know his legal rights and responsibilities. The banker who does not appreciate the importance of this knowledge, eventually learns from experience, sad or otherwise, that he has neglected an important part of the training necessary to carry on his business with safety and confidence. This text-book is based on the splendid work, originally prepared for the Institute, by Samuel Williston, Weld Professor of Law in Harvard Law School. To this original matter, however, much new material has been added, cases have been cited, and new chapters on Master and Servant, Estates and Trusts, Bills and Notes, and Torts and Crimes added. The work of preparing Commercial Law has been done jointly by Richard D. Currier, President of the New Jersey Law School, and Richard W. Hill, member of the New York Bar and Secretary of the American Institute of Banking. The main purpose of this book is to teach bankers to recognize the danger signals in law, when they appear, and thus be able to distinguish between law and law suits. DEFINITION OF LAW.ÑThe term "law" is used in many ways. We speak of moral law, law of gravity, divine law, and the like. In each case we are making proper use of the term, but in no instance are we using it as we shall use it in this book. To illustrate: You find a beggar on your front porch when entering your house late at night. Suppose he should ask you for food and lodging for the night. Although there is no other house within five miles of your home, you refuse to take him in, or do anything for him. As a result he contracts pneumonia from exposure, because he is not able to proceed further. You would, nevertheless, not be liable in the sense in which we are using the term "law." But, you say, in an extreme case of this kind, it is one's duty to act. We grant it, but to be accurate, you must preface your proposition with the statement, "under the moral law" or "under divine law it is one's duty to act in such a case." However much it is to be regretted that moral or divine law sometimes does not harmonize with "law" as we shall treat it, we must, nevertheless, recognize that fact. Law, as viewed by the jurist, and this is the way we, as students, are to consider it, is defined by Blackstone to be "A rule of civil conduct prescribed by the supreme power in the State, commanding what is right, and prohibiting what is wrong."