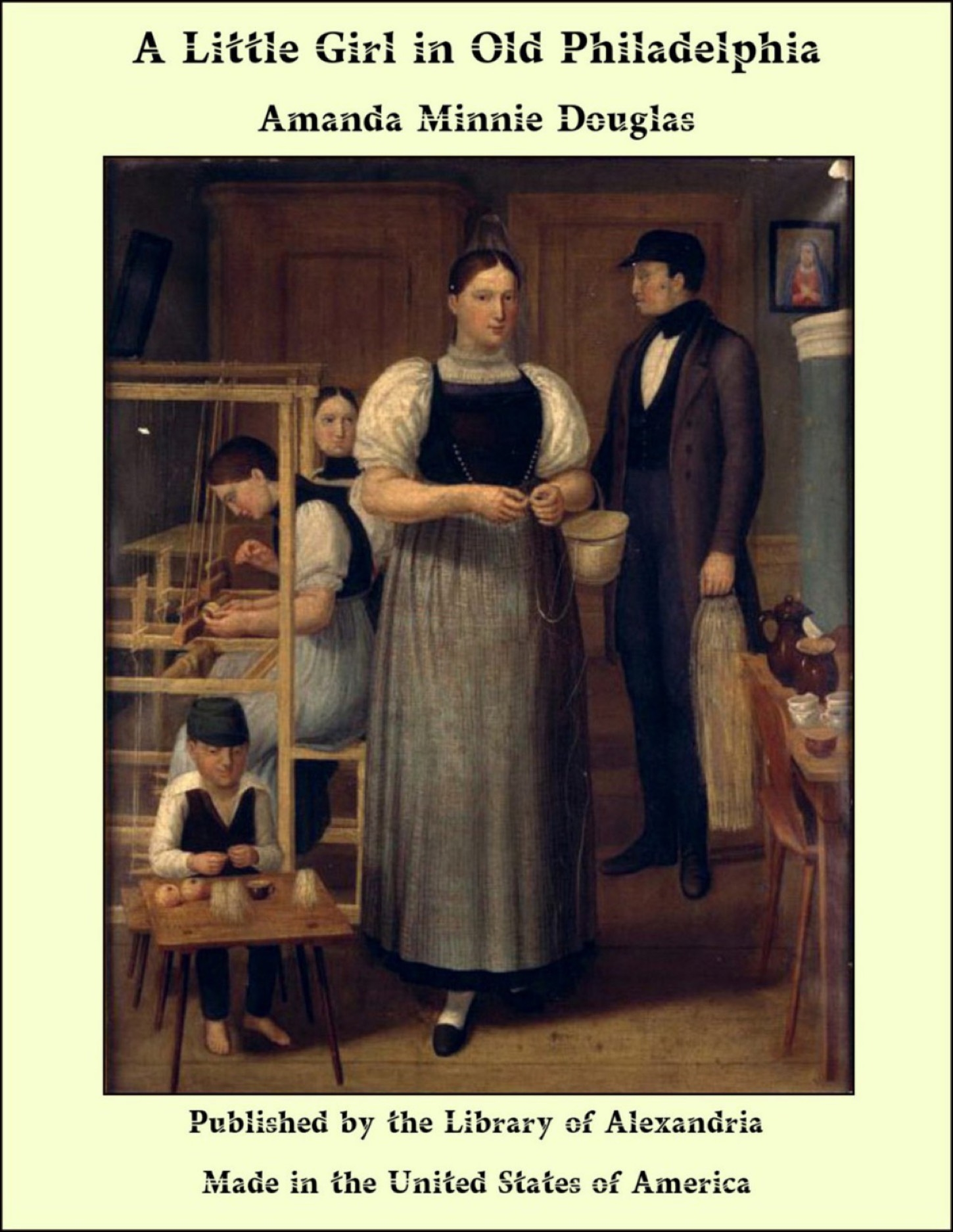 A Little Girl in Old Philadelphia

She was swinging her gingham sunbonnet, faded beyond any recognition of its pristine coloring, her small hand keeping tight hold of the strings. At every revolution it went swifter and swifter until it seemed a grayish sort of wheel whirling in the late sunshine that sent long shadows among the trees. When she let it go it flew like a great bird, while she laughed sweet, merry childish notes that would have stirred almost any soul. A slim, lithe little maid with a great crop of yellow hair, cut short in the neck, and as we should say now, banged across the forehead. But it was a mass of frowzy curls that seemed full of sunshine. There were two doors opening from this kitchen to a small hall, from thence to the ordinary living room, and a smaller one adjoining, used for a sort of parlor, as we should call it now, a kind of state room where the Friends often held meetings. It was very plain indeed. There were straight white curtains at the windows, without a bit of fringe or netting. Women used to make these adornments as a kind of fancy work, but the rigid rules of the Friends discountenanced all such employments, even if it was to improve odd moments. There was no carpet on the floor, which was scrubbed to spotlessness; chairs of oaken frame, bent, and polished by the busy housewife until they shone, with seats of broad splint or rushes painted yellow. A large set of drawers with several shelves on top stood between the windows, and a wooden settle was ranged along the wall. A table with a great Bible and two or three religious books, and a high mantel with two enormous pitchers that glittered in a brilliant color which was called British luster, with a brass snuffers and tray and candlesticks, were the only concession to the spirit of worldliness.