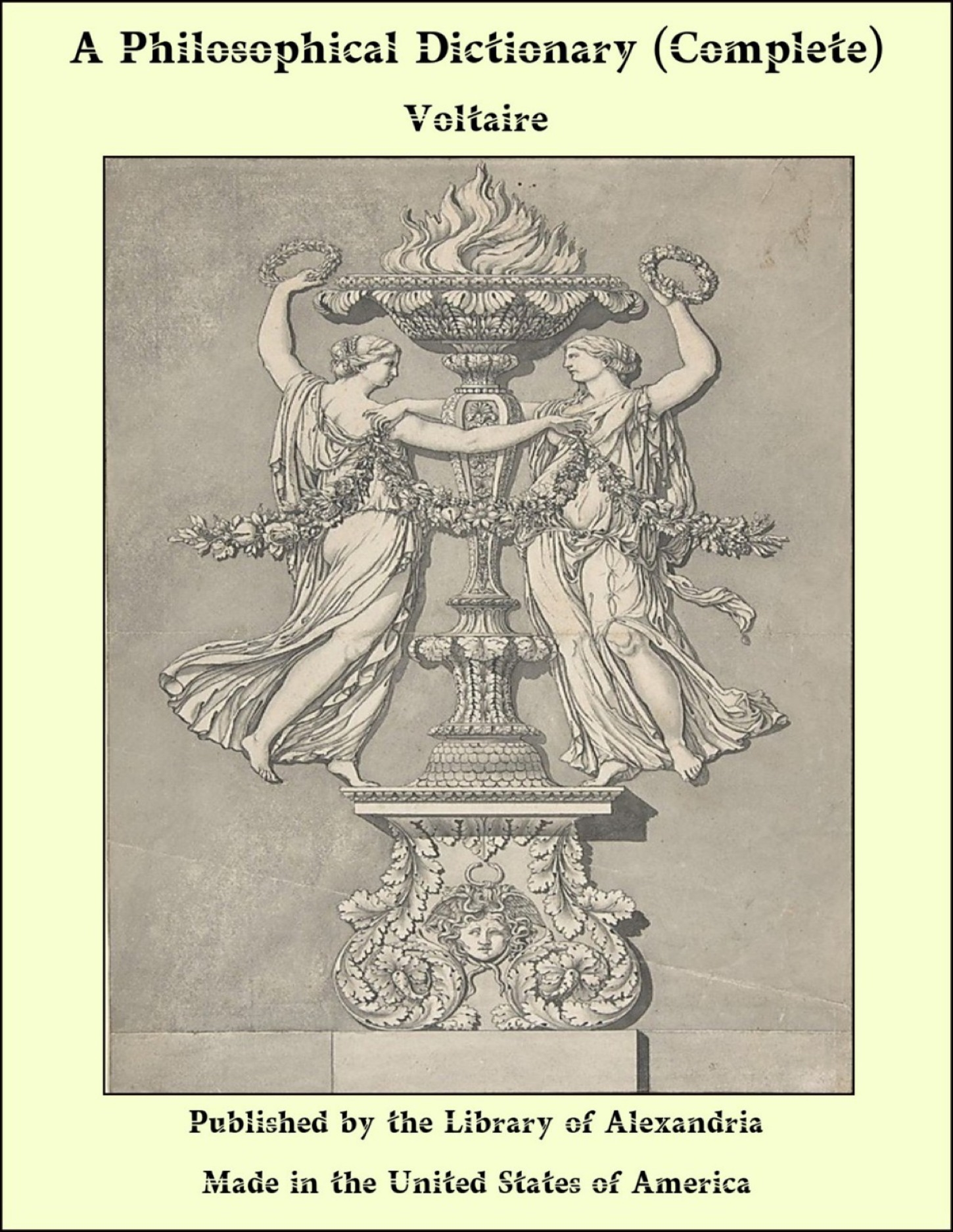 The Egyptians did not apply themselves to commerce until a very late period; they had a horror of the sea; it was their Typhon. The Tyrians, on the contrary, were navigators from time immemorial; they brought together those nations which Nature had separated, and repaired those calamities into which the revolutions of the world frequently plunged a large portion of mankind. The Greeks, in their turn, carried to other nations their commerce and their convenient alphabet, which latter was altered a little, as the Greeks had altered that of the Tyrians. When their merchants, who were afterwards made demi-gods, went to Colchis to establish a trade in sheepskins—whence we have the fable of the golden fleece—they communicated their letters to the people of the country, who still retain them with some alteration. They have not adopted the alphabet of the Turks, to whom they are at present subject, but whose yoke, thanks to the Empress of Russia, I hope they will throw off. I protest that I know no more of Chinese than of Arabic, but I have read, in a small Chinese vocabulary, that this nation has always had two words to express the catalogue or list of the characters of its language: one is ko-tou, the other hai-pien; we have neither ko-tou nor hai-pien in our Occidental tongues. The Greeks, who were no more adroit than ourselves, also said alphabet. Seneca, the philosopher, used the Greek phrase to designate an old man who, like me, asks questions on grammar, calling him Skedon analphabetos. Now the Greeks had this same alphabet from the Phœnicians—from that people called the letter nation by the Hebrews themselves, when the latter, at so late a period, went to settle in their neighborhood. It may well be supposed that the Phœnicians, by communicating their characters to the Greeks, rendered them a great service in delivering them from the embarrassment occasioned by the Egyptian mode of writing taught them by Cecrops. The Phœnicians, in the capacity of merchants, sought to make everything easy of comprehension; while the Egyptians, in their capacity of interpreters of the gods, strove to make everything difficult.