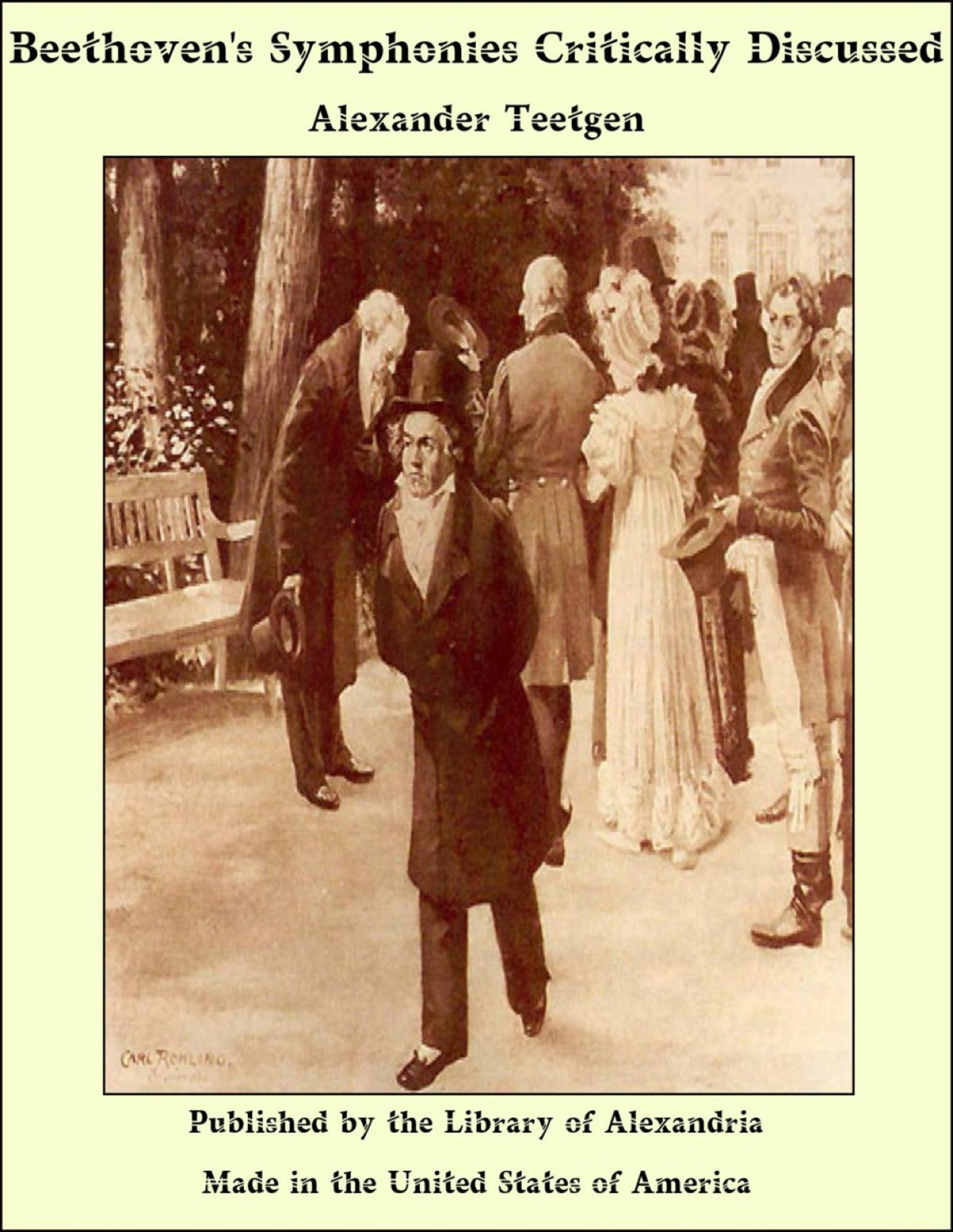 Beethoven wrote such music as few even among those calling themselves musicians can understand, as the word is generally used; and which, in Jean Paul's sense of the word, is understood not at all. Like the ocean, or Mont Blanc, we can feel its power, while at the same time we are conscious that explanation would be almost desecration. We do not want Beethoven's music explained, but would rather be left alone with that which we can only feel, but cannot understand while hampered with "this mortal coil." Under the spell of such music, we can only explain the emotions it produces in us, and we can only do this in a fashion far from complete. Mr. Teetgen has only attempted an explanation of Beethoven's symphonies in this latter sense; and so far from feeling his little book as an impertinence—which any attempt to explain Beethoven's music (his soul, id est) would be—we feel helped in our endeavours to understand something of the means by which the greatest tone-poet worked his incantations and wove his spells. We cannot always agree with Mr. Teetgen in his estimate of other composers—notably, Mendelssohn, whom he holds in much lighter esteem than we do, and we could not endorse all he says of Mozart, either; he does not worship his great hero too much, but the others too little. Of his most intense admiration for Beethoven, however, none can doubt; and those who read this little work will, we think, agree with us in saying that Mr. Teetgen's analytical and descriptive powers, in dealing with the symphonies, are on a par with his veneration for the great master whom we all delight to honour, and who realised his own ideal—some of us, at least, think so—"There is nothing higher than this—to get nearer the Godhead than other men, and thence diffuse its beams over mankind." Fashions change in music as in other things; but Beethoven's music has in it that truth which, being eternal, cannot change; and we cannot conceive a state of culture so advanced that these Symphonies shall be deemed old-fashioned. If ever that condition is reached, it will be reached not by progression, but retrogression.