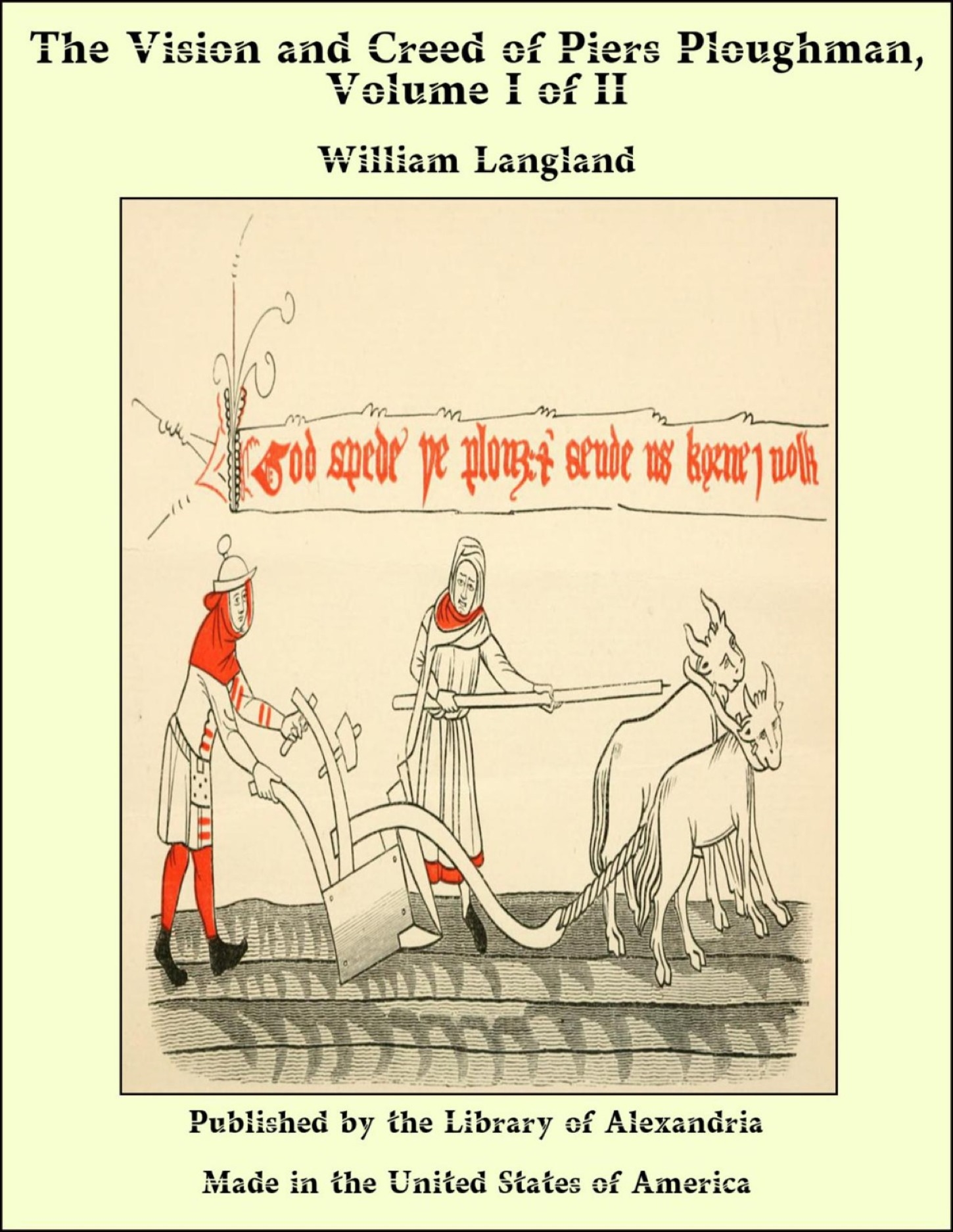 The Vision and Creed of Piers Ploughman, Volume I of II

THE History of the Middle Ages in England, as in other countries, represents to us a series of great consecutive political movements, coexistent with a similar series of intellectual revolutions in the mass of the people. The vast mental development caused by the universities in the twelfth century led the way for the struggle to obtain religious and political liberty in the thirteenth. The numerous political songs of that period which have escaped the hand of time, and above all the mass of satirical ballads against the Church of Rome, which commonly go under the name of Walter Mapes, are remarkable monuments of the intellectual history of our forefathers. Those ballads are written in Latin; for it was the most learned class of the community which made the first great stand against the encroachments and corruptions of the papacy and the increasing influence of the monks. We know that the struggle alluded to was historically unsuccessful. The baronial wars ended in the entire destruction of the popular leaders; but their cause did not expire at Evesham; they had laid foundations which no storm could overthrow, not placed hastily on the uncertain surface of popular favour, but fixed deeply in the public mind. The barons, who had fought so often and so staunchly for the great charter, had lost their power; even the learning of the universities had faded under the withering grasp of monachism; but the remembrance of the old contest remained, and what was more, its literature was left, the songs which had spread abroad the principles for which, or against which, Englishmen had fought, carried them down (a precious legacy) to their posterity. Society itself had undergone an important change; it was no longer a feudal aristocracy which held the destinies of the country in its iron hand. The plant which had been cut off took root again in another (a healthier) soil; and the intelligence which had lost its force in the higher ranks of society began to spread itself among the commons. Even in the thirteenth century, before the close of the baronial wars, the complaints so vigorously expressed in the Latin songs, had begun, both in England and France, to appear in the language of the people. Many of the satirical poems of Rutebeuf and other contemporary writers against the monks, are little more than translations of the Latin poems which go under the name of Walter Mapes.