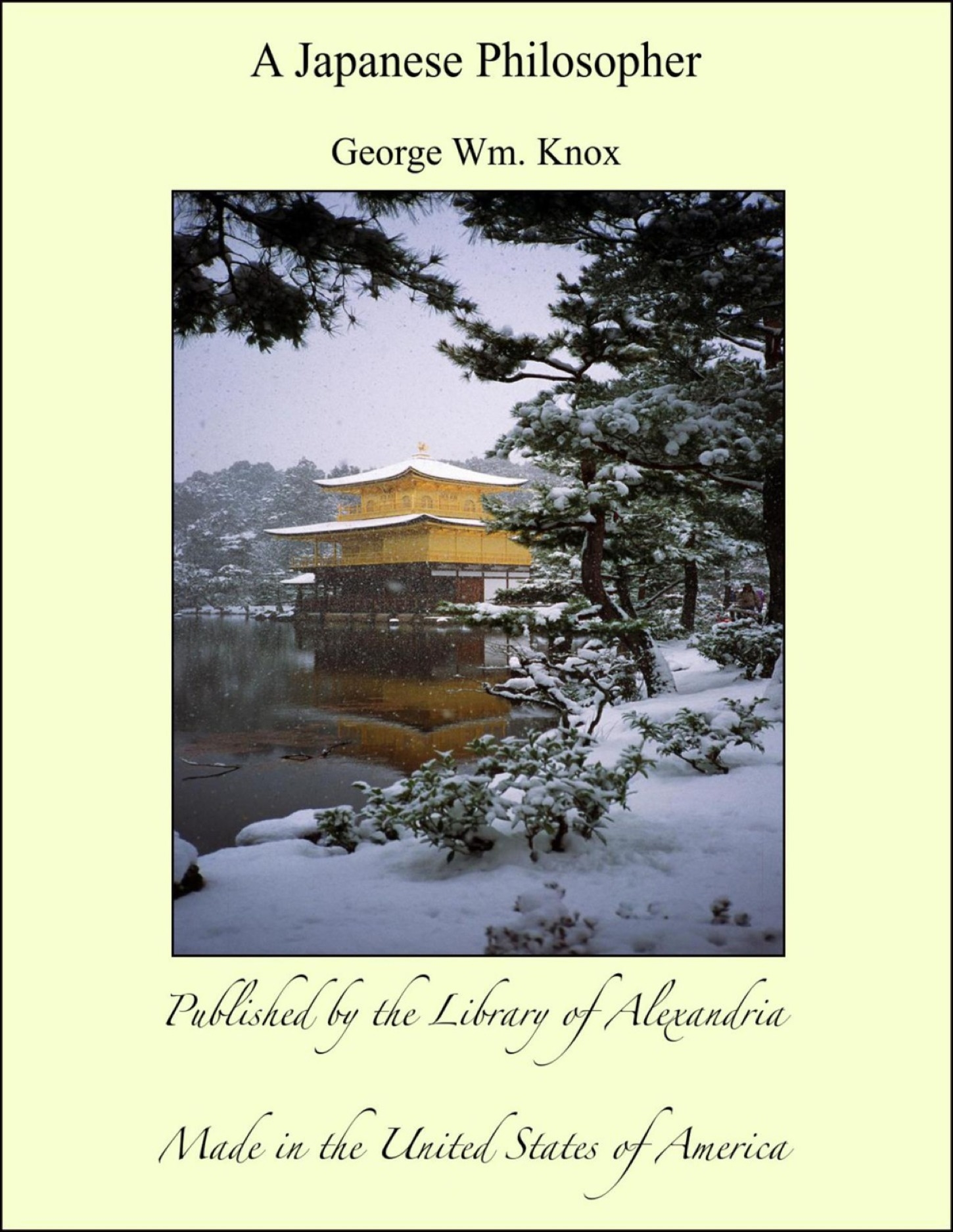 Previous to the recent introduction of western literature and science, the intellectual development of the Japanese may be studied in three periods, each characterized by a distinctive system of religion and ethics. The first period came to an end in the eighth century of our era. It was the period of Shinto and of pure native thought. It has been fully treated in the Transactions of this society. The second period began with the introduction of Buddhism and, with it, of the Chinese civilization in the sixth and seventh centuries A.D. Thenceforth for a thousand years the new religion was supreme. "All education was for centuries in Buddhist hands, Buddhism introduced art, introduced medicine, moulded the folk-lore of the country, created its dramatic poetry, deeply influenced its politics and every sphere of social and intellectual activity." Religiously its highest distinctively Japanese development was in the thirteenth century, when the Nichiren and Shin sects were founded. Its impress is deep upon the literary masterpieces of the eleventh and twelfth centuries. The third period began with the establishment of peace under Tokugawa Ieyasu and continued until the period of Meiji in which we live. It is the period of the Chinese philosophy as interpreted by the great scholars of the So (Sung) dynasty in China.