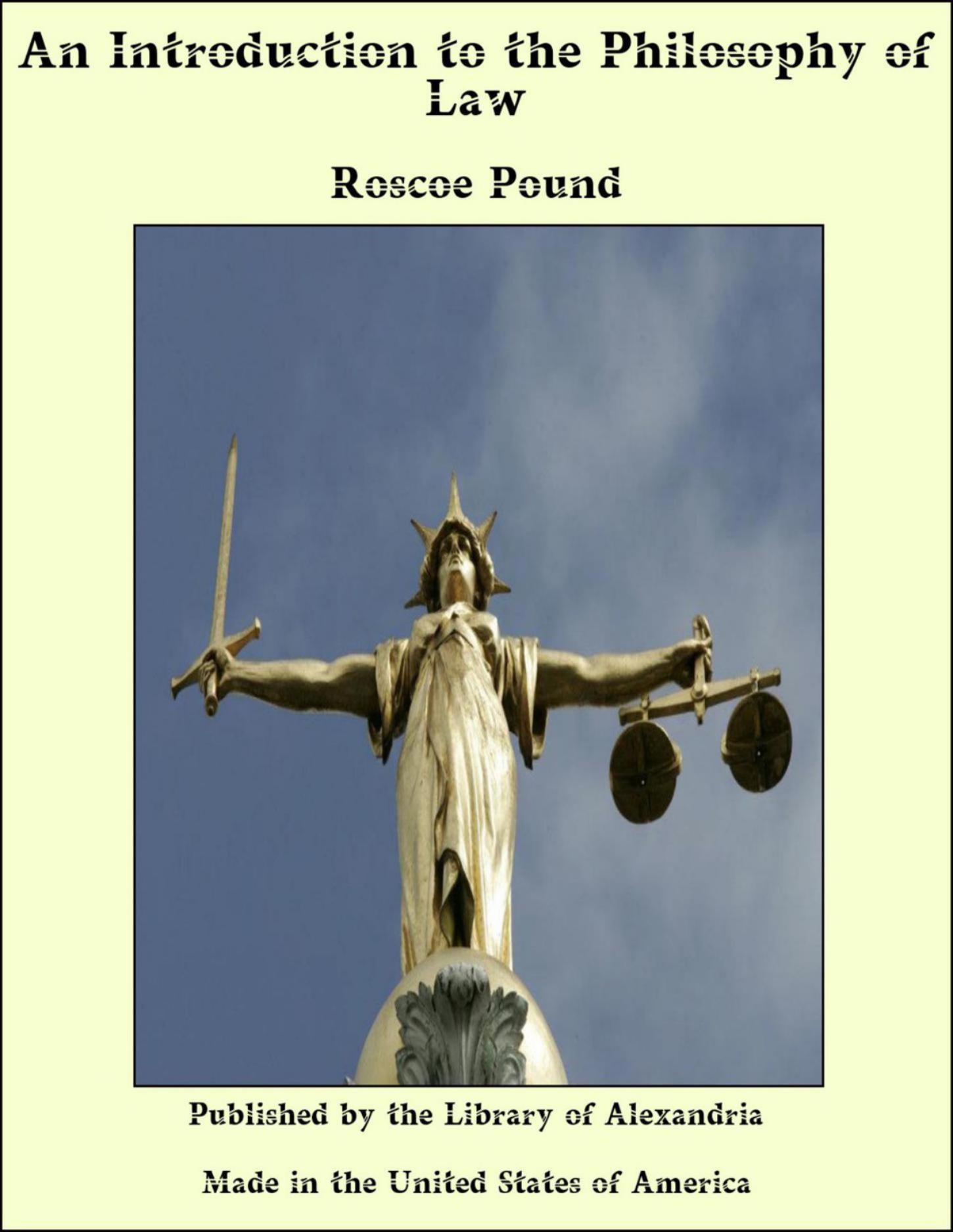 An Introduction to the Philosophy of Law

For twenty-four hundred years—from the Greek thinkers of the fifth century B. C., who asked whether right was right by nature or only by enactment and convention, to the social philosophers of today, who seek the ends, the ethical basis and the enduring principles of social control—the philosophy of law has taken a leading rôle in all study of human institutions. The perennial struggle of American administrative law with nineteenth-century constitutional formulations of Aristotle's threefold classification of governmental power, the stone wall of natural rights against which attempts to put an end to private war in industrial disputes thus far have dashed in vain, and the notion of a logically derivable super-constitution, of which actual written constitutions are faint and imperfect reflections, which has been a clog upon social legislation for a generation, bear daily witness how thoroughly the philosophical legal thinking of the past is a force in the administration of justice of the present. Indeed, the everyday work of the courts was never more completely shaped by abstract philosophical ideas than in the nineteenth century when lawyers affected to despise philosophy and jurists believed they had set up a self-sufficient science of law which stood in no need of any philosophical apparatus.