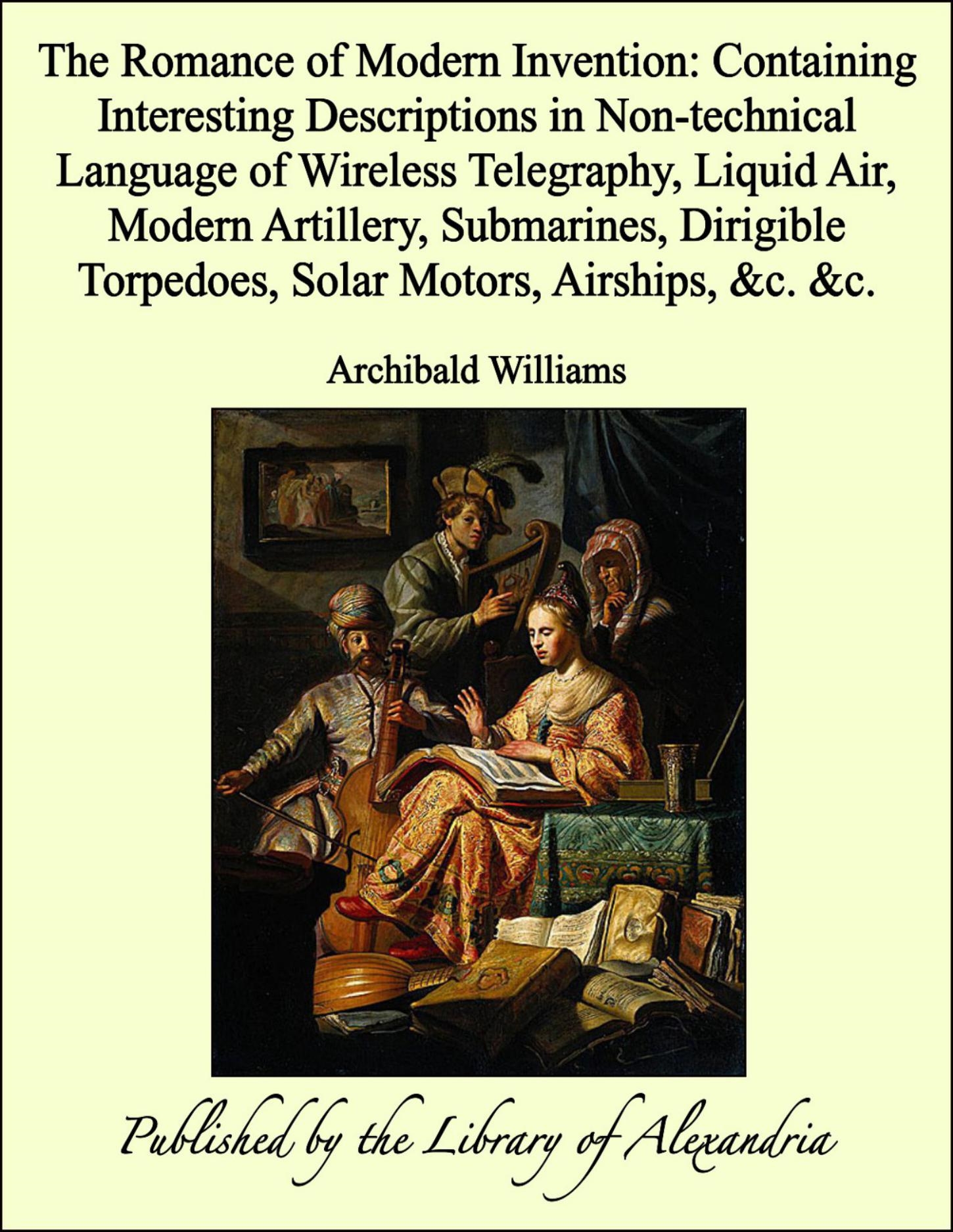 One day in 1845 a man named Tawell, dressed as a Quaker, stepped into a train at Slough Station on the Great Western Railway, and travelled to London. When he arrived in London the innocent-looking Quaker was arrested, much to his amazement and dismay, on the charge of having committed a foul murder in the neighbourhood of Slough. The news of the murder and a description of the murderer had been telegraphed from that place to Paddington, where a detective met the train and shadowed the miscreant until a convenient opportunity for arresting him occurred. Tawell was tried, condemned, and hung, and the public for the first time generally realised the power for good dormant in the as yet little developed electric telegraph. Thirteen years later two vessels met in mid-Atlantic laden with cables which they joined and paid out in opposite directions, till Ireland and Newfoundland were reached. The first electric message passed on August 7th of that year from the New World to the Old. The telegraph had now become a world-power. The third epoch-making event in its history is of recent date. On December 12, 1901, Guglielmo Marconi, a young Italian, famous all over the world when but twenty-two years old, suddenly sprang into yet greater fame. At Hospital Point, Newfoundland, he heard by means of a kite, a long wire, a delicate tube full of tiny particles of metal, and a telephone ear-piece, signals transmitted from far-off Cornwall by his colleagues. No wires connected Poldhu, the Cornish station, and Hospital Point. The three short dot signals, which in the Morse code signify the letter S, had been borne from place to place by the limitless, mysterious ether, that strange substance of which we now hear so much, of which wise men declare we know so little. Marconi's great achievement, which was of immense importance, naturally astonished the world. Of course, there were not wanting those who discredited the report. Others, on the contrary, were seized with panic and showed their readiness to believe that the Atlantic had been spanned aèrially, by selling off their shares in cable companies. To use the language of the money-market, there was a temporary "slump" in cable shares. The world again woke up—this time to the fact that experiments of which it had heard faintly had at last culminated in a great triumph, marvellous in itself, and yet probably nothing in comparison with the revolution in the transmission of news that it heralded. The subject of Wireless Telegraphy is so wide that to treat it fully in the compass of a single chapter is impossible. At the same time it would be equally impossible to pass it over in a book written with the object of presenting to the reader the latest developments of scientific research. Indeed, the attention that it has justly attracted entitle it, not merely to a place, but to a leading place; and for this reason these first pages will be devoted to a short account of the history and theory of Wireless Telegraphy, with some mention of the different systems by which signals have been sent through space