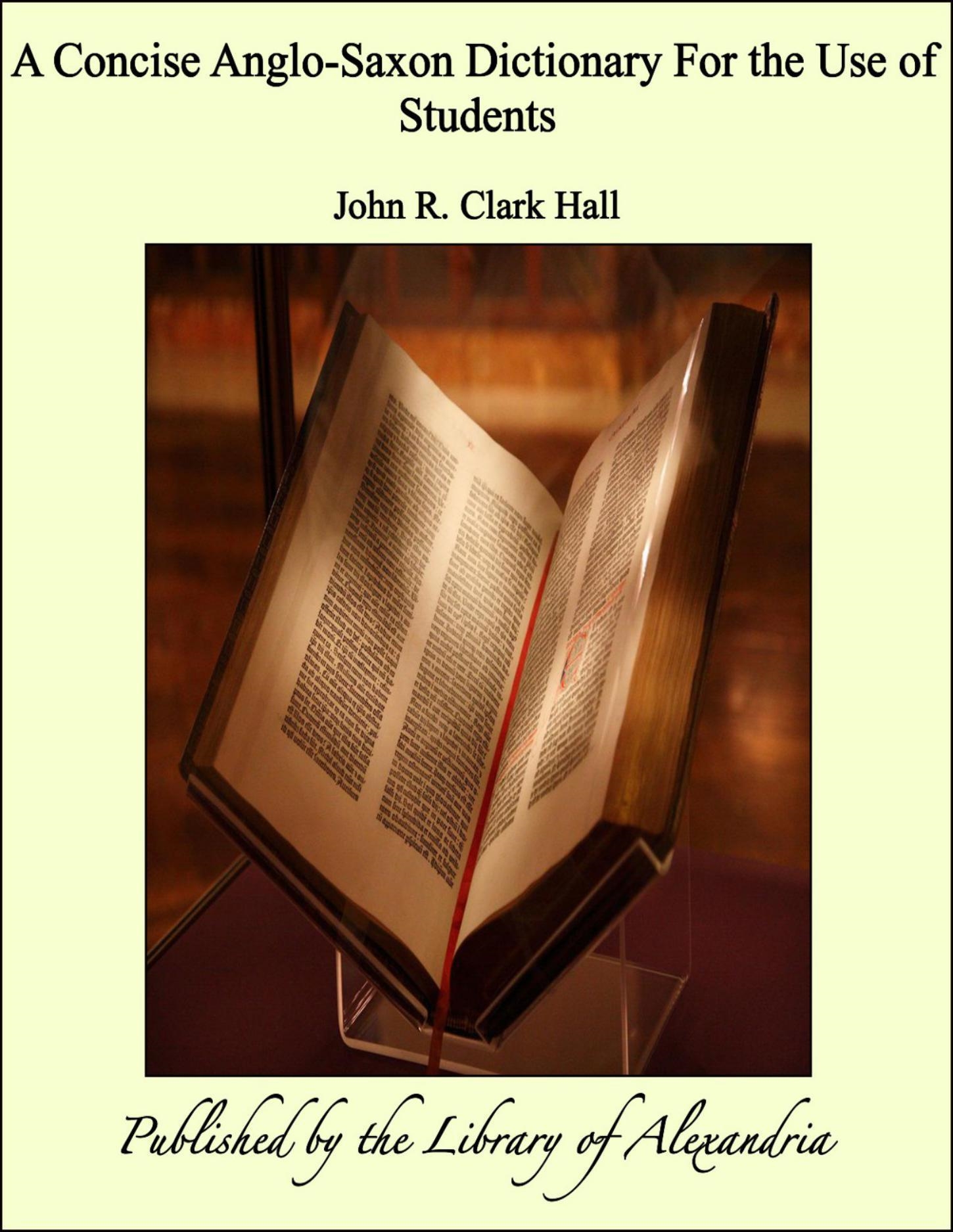 A Concise Anglo-Saxon Dictionary For the Use of Students

TO THE SECOND EDITION The first edition of this dictionary having been exhausted, it has been extensively revised, and certain new features and alterations have been introduced into it. 1. The principle of arranging all words according to their actual spelling has been to a considerable extent abandoned. It was admittedly an unscientific one, and opened the door to a good many errors and inconsistencies. The head form in this edition may be either a normalised form or one which actually occurs. 2. Words beginning with ge-have been distributed among the letters of the alphabet which follow that prefix, and the sign + has been employed instead of ge-in order to make the break in alphabetical continuity as little apparent to the eye as possible. The sign ° has been used where a word occurs both with and without the prefix. 3. References to Cook's translation of Sievers' Anglo-Saxon Grammar, and to the Grammatical to Sweet's Reader have been taken out, as Wright's or Wyatt's Old English Grammar will have taken their place with most English students