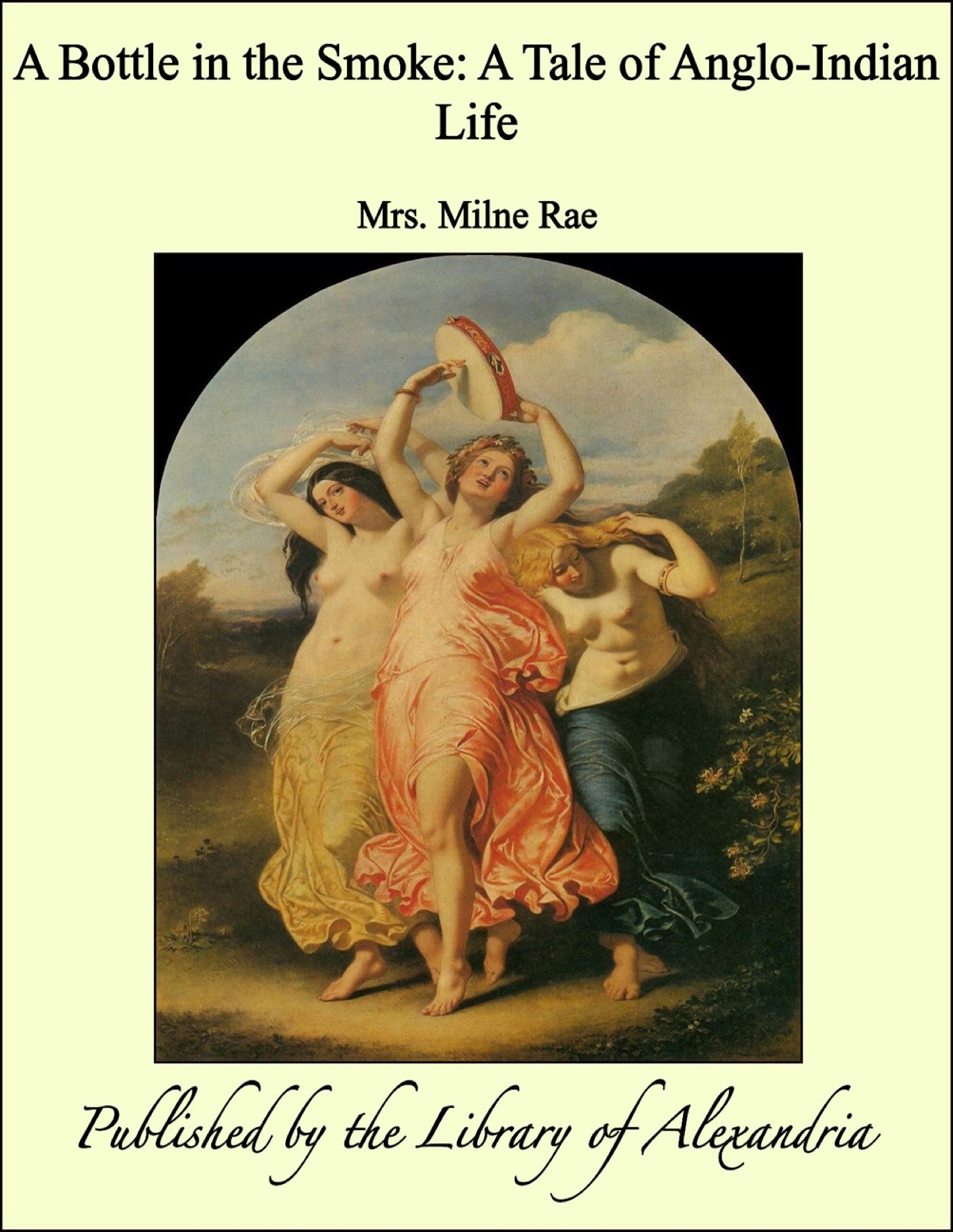 A Bottle in the Smoke

A Tale of Anglo-Indian Life

The early dawn had given place to the golden sunlight of the Indian morning, but there was still ample shade within certain nooks in the compound of a pleasant-looking two-storied house in one of the leafy roads of Madras. Under an old banyan tree, with its tent-like stems turned downwards and its dense canopy of green overhead, stood a dainty breakfast table. Early tea was over. One bamboo chair had already been vacated by its occupant; in the other, sat a young English lady. Only two months previously Hester Rayner had left home a bride. "She is happy, I think," was always the remark, accompanied by a sigh, made by her anxious mother, as she passed the closely written pages of the latest letter across the rectory breakfast table to her husband. The young wife’s letters gave no untrue expression of her state of feeling, yet there were times when the dream-like sensation which pervaded her outlook on the new surroundings disturbed her. The spell of the East was strong; the tropical life, the vivid colouring, the brown-skinned multitudes, the waving palms, all seemed to belong to a bright pageant in which she was only a passing spectator. And now, with the simple sense of duty which had marked the only daughter of the Pinkthorpe Rectory, she was asking herself whether it was right to yield so entirely to the wooing of the magic present. Even her weekly journal from home seemed to deepen the glamour; all in that dear distant home was transfigured by its glow; never had the tender affection of father and mother felt so precious, and who would have believed that the couple of schoolboy brothers would prove so much more demonstrative in their first letters than in the days when she had painted their wickets, made sails for their boats, and was their willing helper in all school preparations? And again the unexpected was on its way. It came in the form of a letter which a white-robed peon now handed to her. It was the first she had received from her brother Charlie, now at Oxford, and so notably a poor correspondent that the sight of his handwriting awoke keen expectation