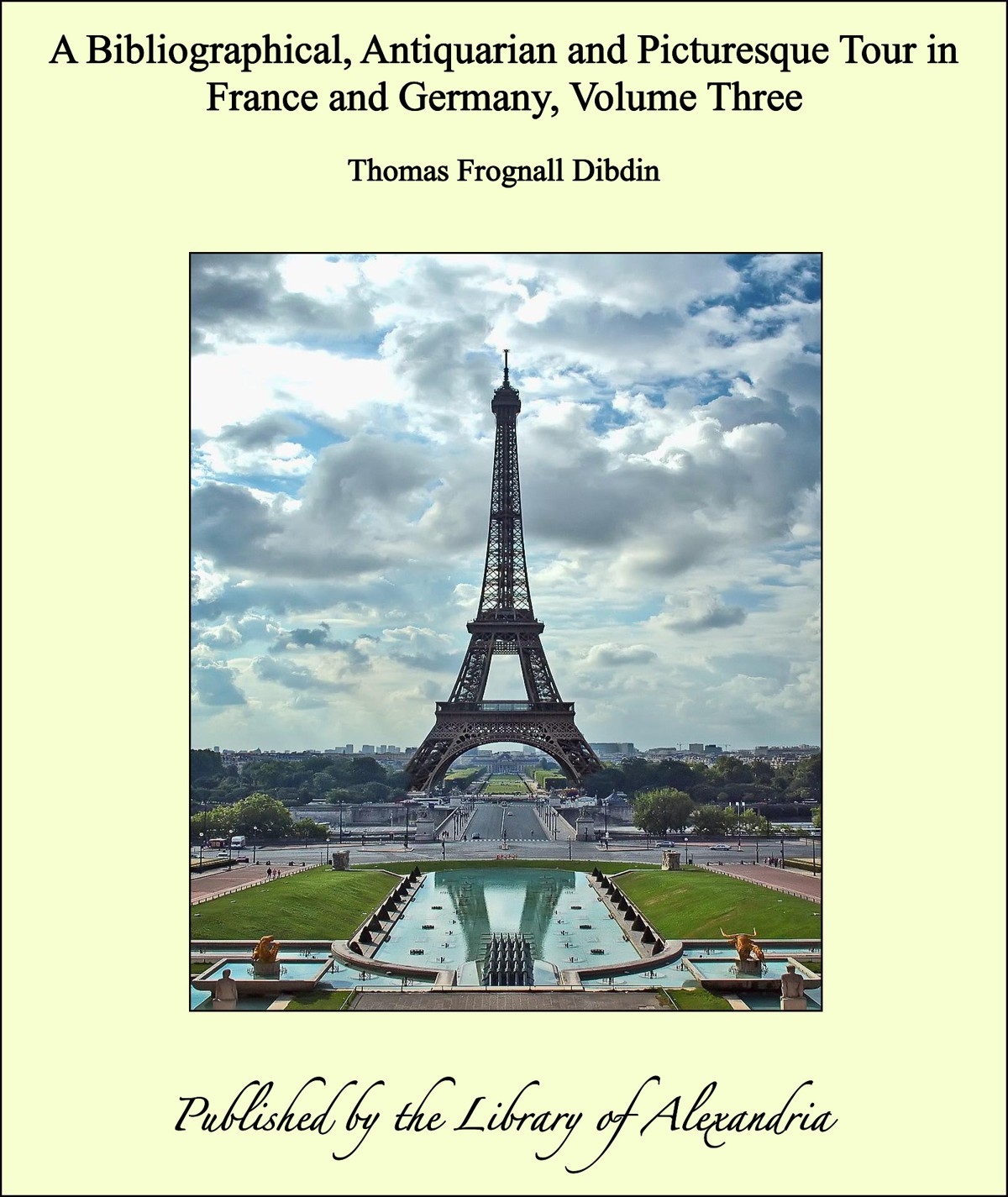 A Bibliographical, Antiquarian and Picturesque Tour in France and Germany, Volume Three

STRASBOURG TO STUTTGART. BADEN. THE ELDER SCHWEIGHÆUSER. STUTTGART. THE PUBLIC LIBRARY. THE ROYAL LIBRARY. Stuttgart, Poste Royale, August 4, 1818. Within forty-eight hours of the conclusion of my last, I had passed the broad and rapidly-flowing Rhine. Having taken leave of all my hospitable acquaintances at Strasbourg, I left the Hôtel de l'Esprit between five and six in the afternoon—when the heat of the day had a little subsided—with a pair of large, sleek, post horses; one of which was bestrode by the postilion, in the red and yellow livery of the duchy of Baden. Our first halting place, to change horses, was Kehl; but we had not travelled a league on this side of the Rhine, ere we discovered a palpable difference in the general appearance of the country. There was more pasture-land. The houses were differently constructed, and were more generally surrounded by tall trees. Our horses carried us somewhat fleetly along a good, broad, and well-conditioned road. Nothing particularly arrested our attention till we reached Bischoffsheim, à la haute monté; where the general use of the German language soon taught us the value of our laquais; who, from henceforth, will be often called by his baptismal name of Charles. At Bischoffsheim, while fresh horses were being put to, I went to look at the church; an humble edifice—but rather picturesquely situated. In my way thither I passed, with surprise, a great number of Jews of both sexes; loitering in all directions. I learnt that this place was the prescribed limits of their peregrinations; and that they were not suffered, by law, to travel beyond it: but whether this law restricted them from entering Suabia, or Bavaria, I could not learn. I approached the church, and with the aid of a good-natured verger, who happened luckily to speak French, I was conducted all over the interior—which was sufficiently neat. But the object of my peculiar astonishment was, that Jews, Protestants, and Catholics, all flocked alike, and frequently, at the SAME TIME, to exercise their particular forms of worship within this church!—a circumstance, almost partaking of the felicity of an Utopian commonwealth. I observed, indeed, a small crucifix upon the altar, which confirmed me in the belief that the Lutheran worship, according to the form of the Augsbourg confession, was practised here; and the verger told me there was no other place of worship in the village. His information might be deceitful or erroneous; but it is to the honour of his character that I add, that, on offering him a half florin for his trouble in shewing me the church, he seemed to think it a point of conscience not to receive it. His refusal was mild but firm—and he concluded by saying, gently repelling the hand which held the money,