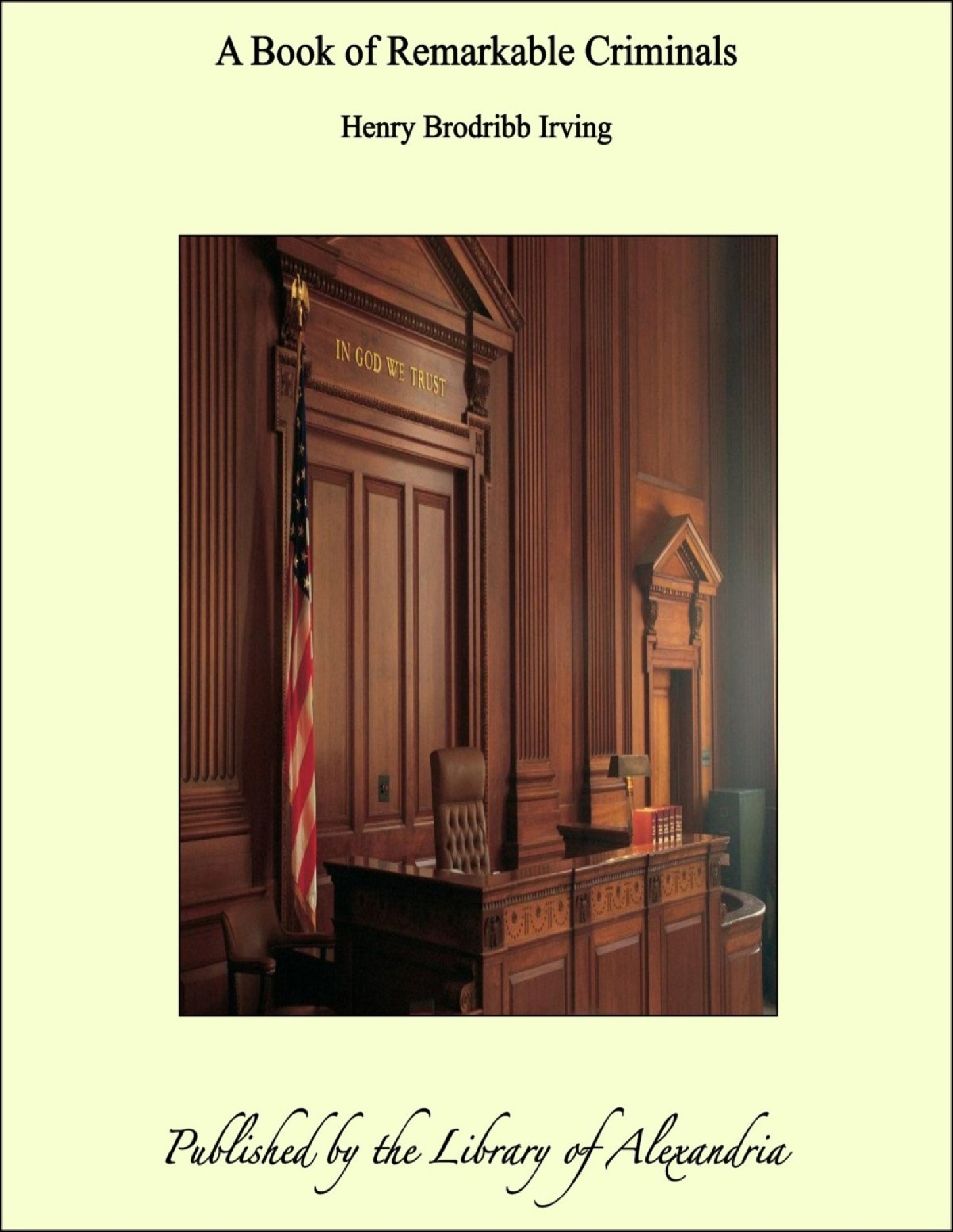 A Book of Remarkable Criminals

The silent workings, and still more the explosions, of human passion which bring to light the darker elements of man’s nature present to the philosophical observer considerations of intrinsic interest; while to the jurist, the study of human nature and human character with its infinite varieties, especially as affecting the connection between motive and action, between irregular desire or evil disposition and crime itself, is equally indispensable and difficult.—Wills on Circumstantial Evidence. I REMEMBER my father telling me that sitting up late one night talking with Tennyson, the latter remarked that he had not kept such late hours since a recent visit of Jowett. On that occasion the poet and the philosopher had talked together well into the small hours of the morning. My father asked Tennyson what was the subject of conversation that had so engrossed them.