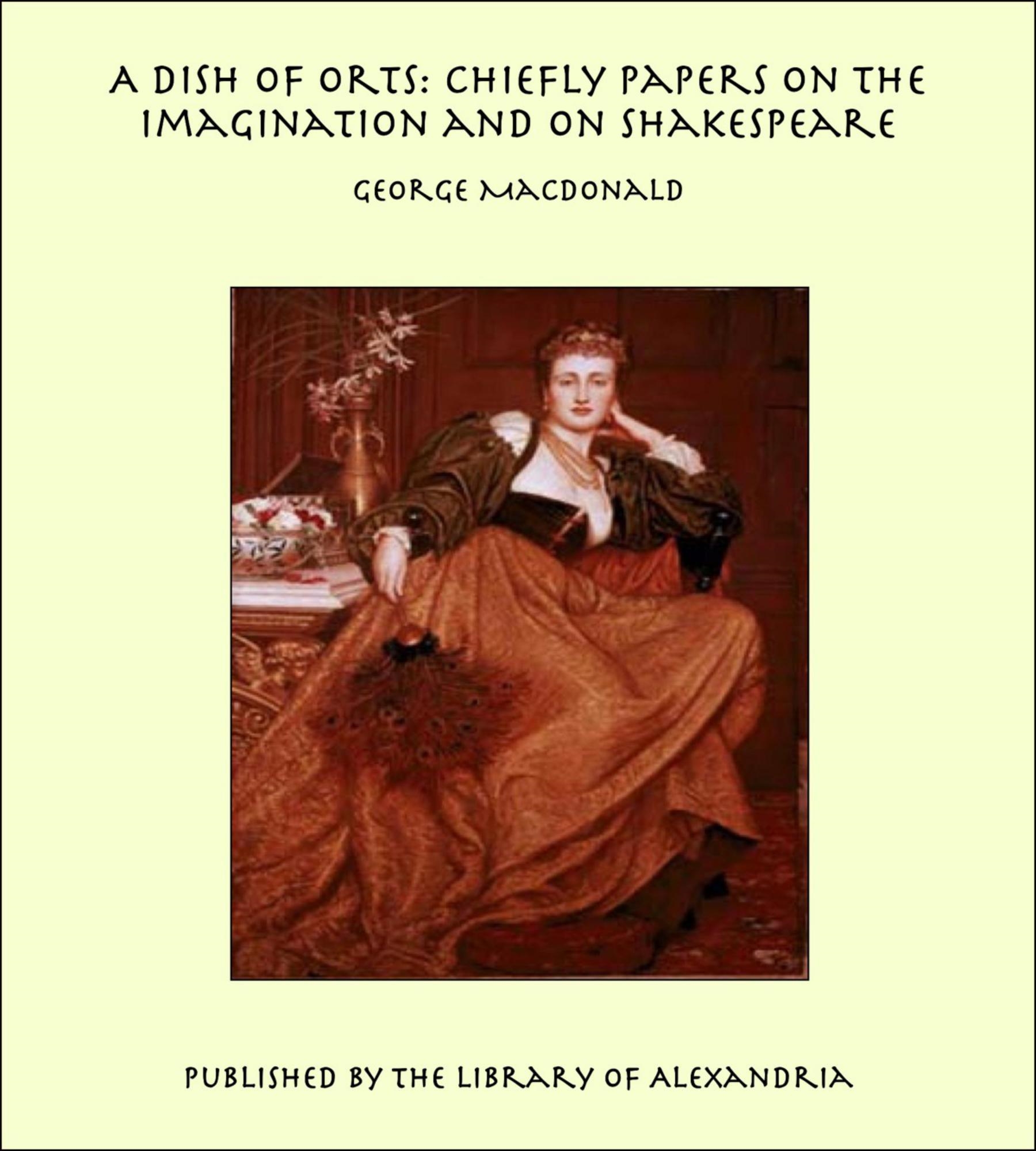 A Dish of Orts:Chiefly Papers on the Imagination and on Shakespeare

Chiefly Papers on the Imagination and on Shakespeare

Since printing throughout the title Orts, a doubt has arisen in my mind as to its fitting the nature of the volume. It could hardly, however, be imagined that I associate the idea of worthlessness with the work contained in it. No one would insult his readers by offering them what he counted valueless scraps, and telling them they were such. These papers, those two even which were caught in the net of the ready-writer from extempore utterance, whatever their merits in themselves; are the results of by no means trifling labour. So much a man ought to be able to say for his work. And hence I might defend, if not quite justify my title—for they are but fragmentary presentments of larger meditation. My friends at least will accept them as such, whether they like their collective title or not. The title of the last is not quite suitable. It is that of the religious newspaper which reported the sermon. I noted the fact too late for correction. It ought to be True Greatness. The paper on The Fantastic Imagination had its origin in the repeated request of readers for an explanation of things in certain shorter stories I had written. It forms the preface to an American edition of my so-called Fairy Tales