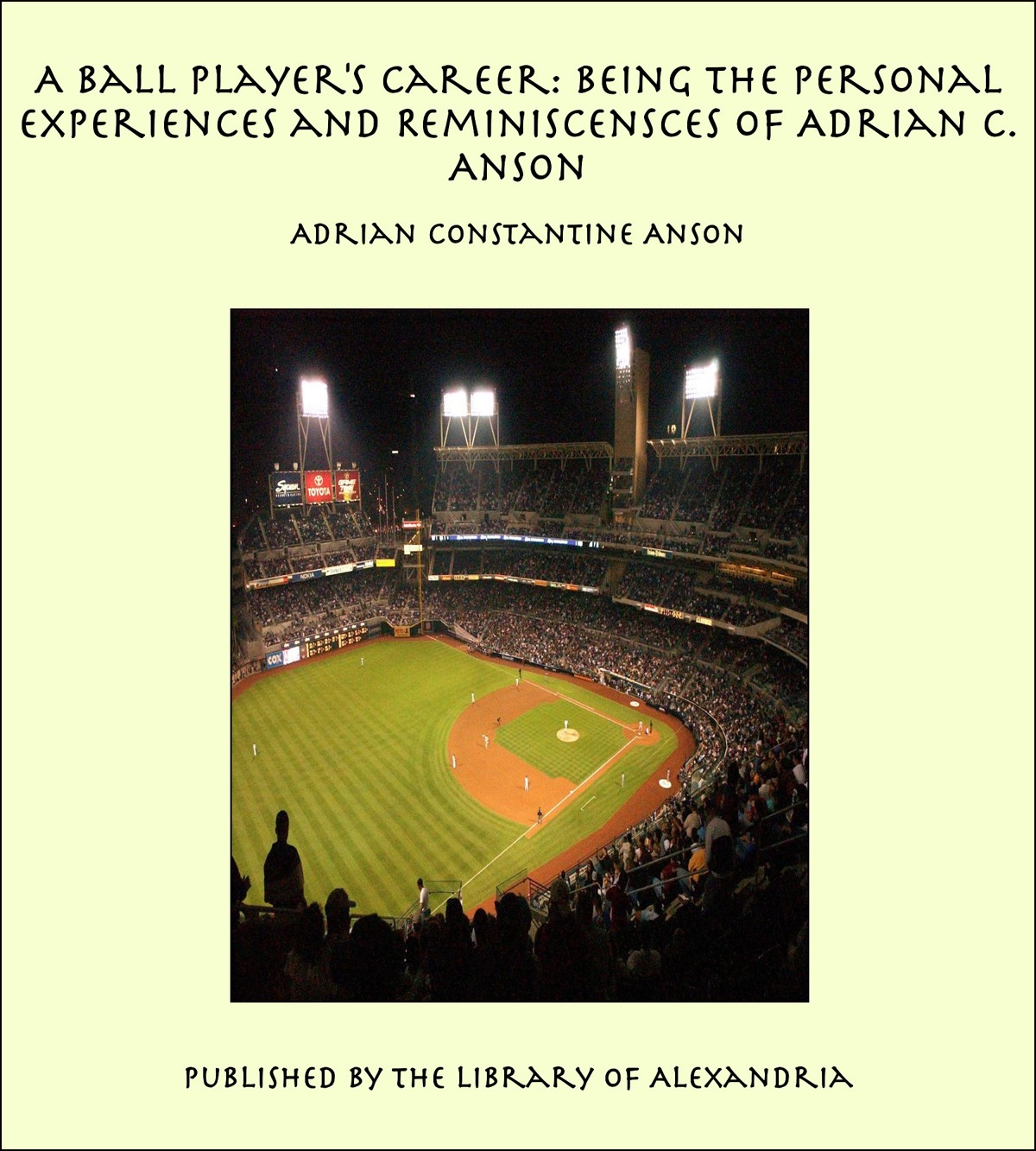 A Ball Player's Career:Being the Personal Experiences and Reminiscensces of Adrian C. Anson

Being the Personal Experiences and Reminiscensces of Adrian C. Anson

MY BIRTHPLACE AND ANCESTRY. The town of Marshalltown, the county seat of Marshall County, in the great State of Iowa, is now a handsome and flourishing place of some thirteen or fourteen thousand inhabitants. I have not had time recently to take the census myself, and so I cannot be expected to certify exactly as to how many men, women and children are contained within the corporate limits. At the time that I first appeared upon the scene, however, the town was in a decidedly embryonic state, and outside of some half-dozen white families that had squatted there it boasted of no inhabitants save Indians of the Pottawattamie tribe, whose wigwams, or tepees, were scattered here and there upon the prairie and along the banks of the river that then, as now, was not navigable for anything much larger than a flat-bottomed scow. The first log cabin that was erected in Marshalltown was built by my father, Henry Anson, who is still living, a hale and hearty old man, whose only trouble seems to be, according to his own story, that he is getting too fleshy, and that he finds it more difficult to get about than he used to. He and his father, Warren Anson, his grandfather, Jonathan Anson, and his great-grandfather, Silas Anson, were all born in Dutchess County, New York, and were direct descendants of one of two brothers, who came to this country from England some time in the seventeenth century. They traced their lineage back to William Anson, Esq., of Lincoln’s Inn, an eminent barrister in the reign of James I, who purchased the Mansion of Shuzsborough, in the county of Stafford, and, even farther back, to Lord Anson, a high Admiral of the English navy, who was one of the first of that daring band of sailors who circumnavigated the globe and helped to lay the foundation of England’s present greatness