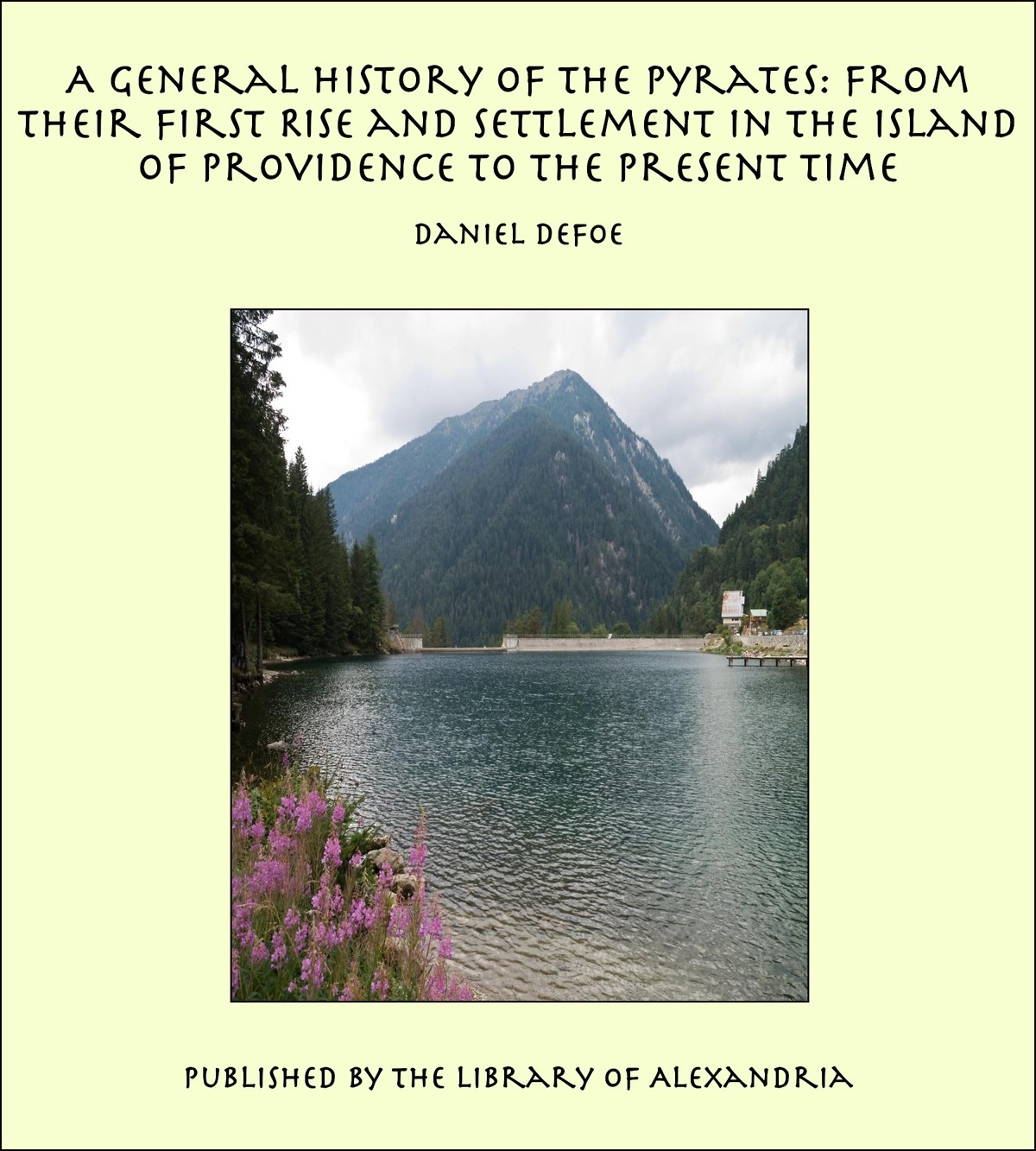 A General History of the Pyrates:From Their First Rise and Settlement in the Island of Providence to the Present Time

HAVING taken more than ordinary Pains in collecting the Materials which compose the following History, we could not be satisfied with our selves, if any Thing were wanting to it, which might render it entirely satisfactory to the Publick: It is for this Reason we have subjoined to the Work, a short Abstract of the Laws now in Force against Pyrates, and made Choice of some particular Cases, (the most curious we could meet with) which have been heretofore tried, by which it will appear what Actions have, and what have not been adjudged Pyracy. It is possible this Book may fall into the Hands of some Masters of Ships, and other honest Mariners, who frequently, by contrary Winds or Tempests, or other Accidents incident to long Voyages, find themselves reduced to great Distresses, either through Scarcity of Provisions, or Want of Stores. I say, it may be a Direction to such as those, what Lengths they may venture to go, without violating the Law of Nations, in Case they should meet other Ships at Sea, or be cast on some inhospitable Shore, which should refuse to trade with them for such Things as are absolutely necessary for the Preservation of their Lives, or the Safety of the Ship and Cargoe. We have given a few Instances in the Course of this History of the Inducements Men have to engage themselves headlong in a Life of so much Peril to themselves, and so destructive to the Navigation of the trading World; to remedy which Evil there seems to be but two Ways, either to find Employment for the great Numbers of Seamen turn’d adrift at the Conclusion of a War, and thereby prevent their running into such Undertakings, or to guard sufficiently the Coast of Africa, the West-Indies, and other Places whereto Pyrates resort. I cannot but take Notice in this Place, that during this long Peace, I have not so much as heard of a Dutch Pyrate: It is not that I take them to be honester than their Neighbours; but when we account for it, it will, perhaps, be a Reproach to our selves for our want of Industry: The Reason I take to be, that after a War, when the Dutch Ships are laid up, they have a Fishery, where their Seamen find immediate Business, and as comfortable Bread as they had before. Had ours the same Recourse in their Necessities, I’m certain we should find the same Effect from it; for a Fishery is a Trade that cannot be overstock’d; the Sea is wide enough for us all, we need not quarrel for Elbow-room: Its Stores are infinite, and will ever reward the Labourer. Besides, our own Coast, for the most Part, supply the Dutch, who employ several hundred Sail constantly in the Trade, and so sell to us our own Fish. I call it our own, for the Sovereignty of the British Seas, are to this Day acknowledged us by the Dutch, and all the neighbouring Nations; wherefore, if there was a publick Spirit among us, it would be well worth our while to establish a National Fishery, which would be the best Means in the World to prevent Pyracy, employ a Number of the Poor, and ease the Nation of a great Burthen, by lowering the Price of Provision in general, as well as of several other Commodities