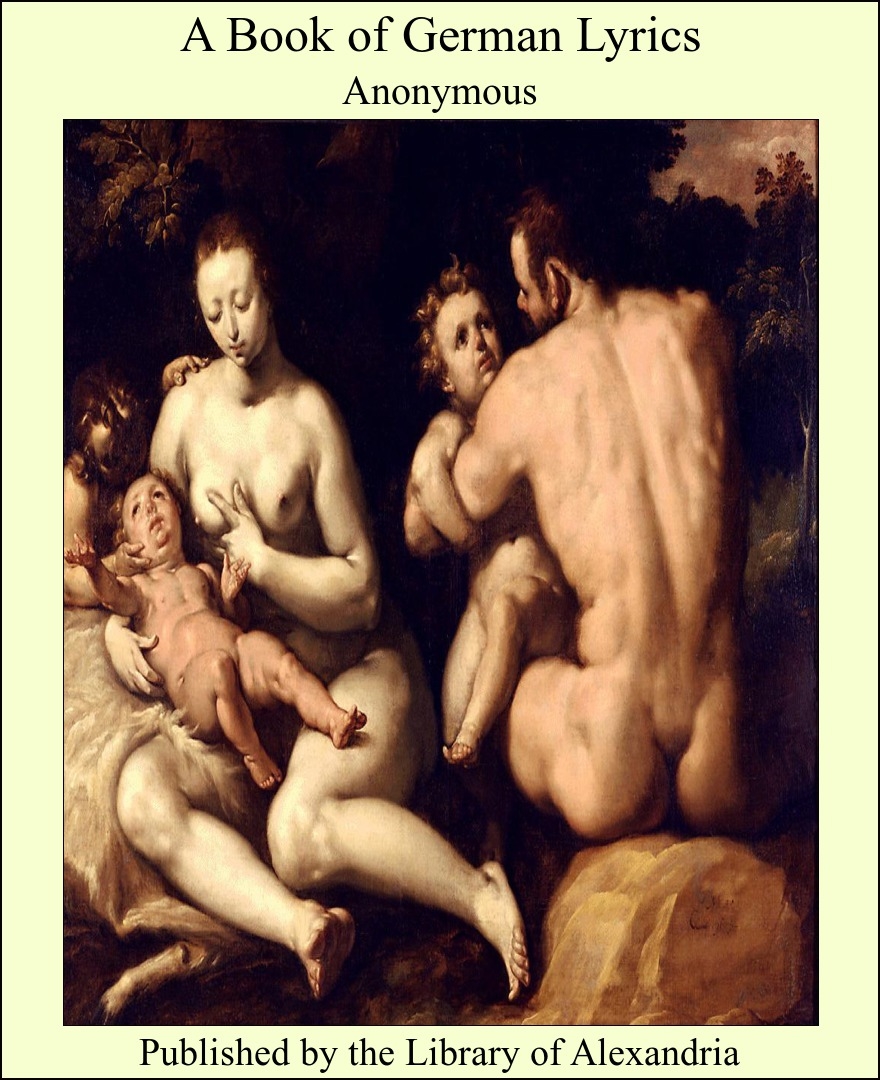 A Book of German Lyrics

In compiling this Anthology my aim has been not so much to acquaint the student with individual great poems as with the poets themselves. With this end in view I have made the selections as full and as varied as possible and included in the Notes short introductory sketches of the poets. Since is intended for the work of fourth and fifth semester German in College (or third and fourth year High School), pedagogic considerations imposed certain limitations not only as to individual poems but also as to poets. Thus I felt that I must exclude Novalis, Hölderlin, Brentano, Annette von Droste, Nietzsche and Dehmel. My standard of difficulty—aside from matters purely linguistic—was: Could a similar poem in English be read and appreciated by the same class of students? Moreover I tried out in a class of fourth semester German all poems that seemed to offer special difficulties and have made use of the experience thus acquired. Some of my readers will undoubtedly be surprised at finding only two poems of Schiller included in the collection. May I point to the length of these two poems, 270 lines? Even to Goethe I have given only 362 lines. Why did I choose these two poems? The lighter lyric verse of Schiller is not representative of the poet nor would it have enriched the Anthology with a new note. Das Lied von der Glocke is too long for this small volume and is readily accessible in three different school editions. Schiller is at his best in his philosophical lyrics: as Goethe has said, in this field he is absolutely supreme. Poems like Das Ideal und das Leben or Der Spaziergang are far too difficult for our younger students. Das verschleierte Bild zu Sais, however, offers a philosophical problem which the younger mind can grasp without special training in philosophy. A few introductory remarks, such as I have given in the notes, will prepare the way. Both poems, furthermore, exemplify Schiller’s ethical idealism. Certainly no Other poems available at this stage could do more. I have often been asked by teachers: How do you teach lyric poetry? An answer is found in my Notes to a number of the poems. The chief prerequisite is a warm love for the poets: nowhere is enthusiasm more contagious. A few introductory remarks will open the world of the poem to the student. The teacher must, of course, develop in the students their latent rhythmical sense both by example and precept. Aside from this lyric poetry teaches itself. As to the use of I should suggest spending two or three weeks on one or two poets—I should begin with Goethe—and after that spend one hour a week for a semester or even a year. Some poems could be assigned for outside reading and then a group of poems be discussed in class