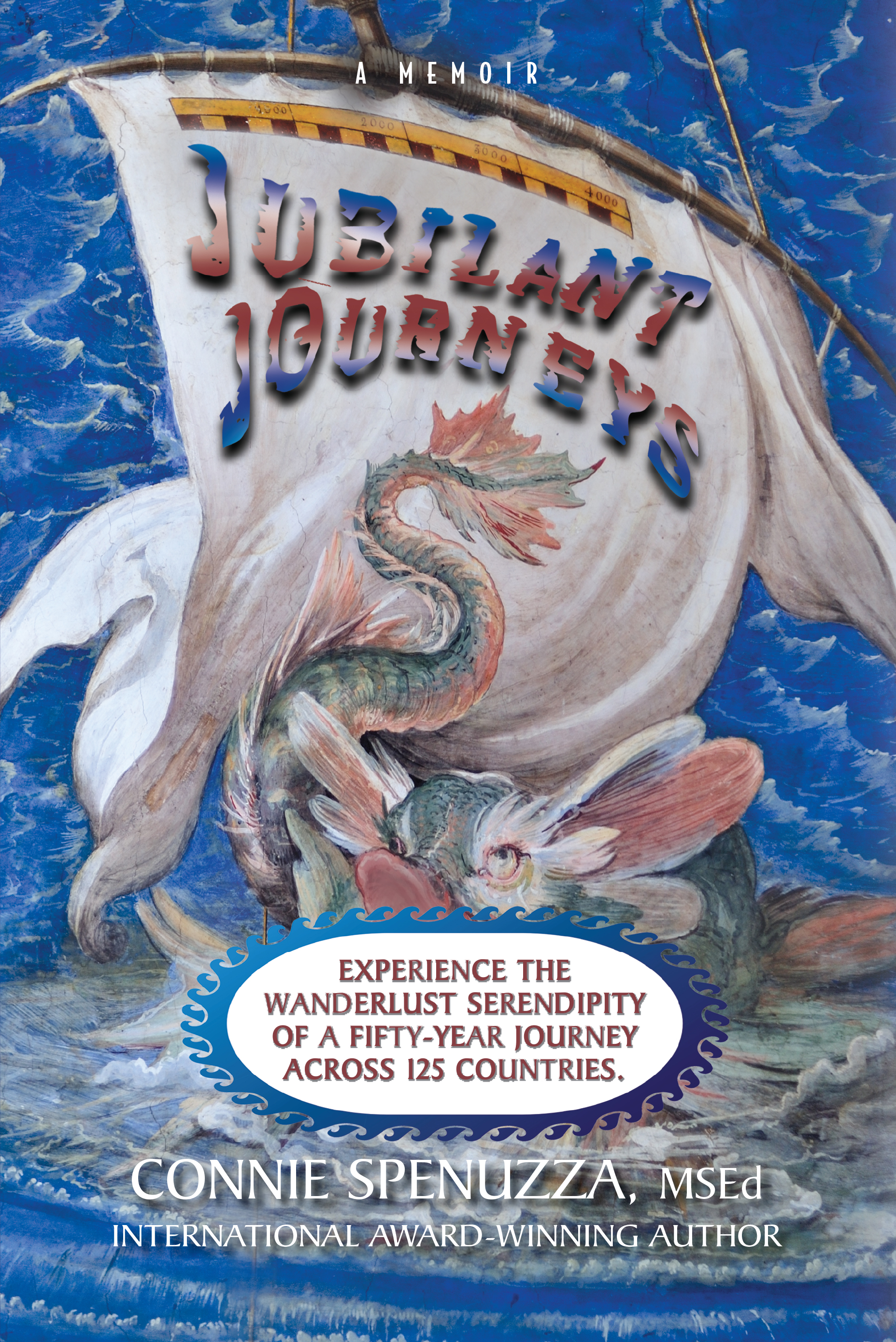 Stow away with international award-winning author Connie Spenuzza, MSEd, as she chronicles a dreamer and a pragmatist's soulful journey around the world. Married in 1979, Connie and Peter shared wanderlust and immense curiosity, a determination to chart the course of their own lives, and the motivation to prove the naysayers and gatekeepers wrong. Follow the Spenuzza family, armed with genealogical facts and family legends, as they begin their quixotic search for a specific ancestor, the scribe aboard the famed Pinta in 1492. Experience the ambrosial scent of melted chocolate wafting from a tiny confectionary in the Basque country of Spain and discover the magic of travel serendipity that led Spenuzza and her family on a quest across oceans and time—from the modern Wonders of the World back to those of antiquity.

Spenuzza will take you on an exhilarating fifty-year odyssey across 125 countries, where she saw her youthful exuberance mature into a quest for the spiritual depths of the inner world. With the finesse of an eccentric goldsmith, Spenuzza solders her experiences with a suspicious shaman from Chichen Itza, Mexico, to the Andean Earth Mother of Machu Picchu, and links them to the engravings of the sixteenth-century German artist Albrecht Dürer. Decade after decade, follow their gold thread as it extends from Byblos of antiquity to the mosque of the booksellers in Marrakesh to the stone apsaras of Angkor Wat. Bask in the radiant glow of wanderlust serendipity that the Spenuzzas have captured in the bottle of their hearts.

Connie Spenuzza, MSEd, received First Place from the International Latino Book Awards for her novels Lucia Zarate (2017),Missing in Macchu (2013), andTraces of Bliss (2012). The Association of American Publishers and the Las Comadres International organization selected her novels to the National Latino Book Club. In 2017, Foreword Reviews selectedLucia Zarate as and Indie Book Finalist, Parisian Promises (2014) was the runner-up for the Paris Book Award, and Gathering the Indigo Maidens (2011) was a finalist for the Mariposa Award. Her children's bilingual fables: Olinguito Speaks Up, Lalo Loves and Help, and Howl of the Mission Owl have received numerous awards. Her pen name for the works cited above is Cecilia Velástegui.

Connie was born in Ecuador and raised in California and France. She received her graduate degree from the University of Southern California, speaks four languages, and has traveled to 125 countries. Connie donates the proceeds from the sale of her books to the flight against human trafficking. She lives with her family in Dana Point, California.