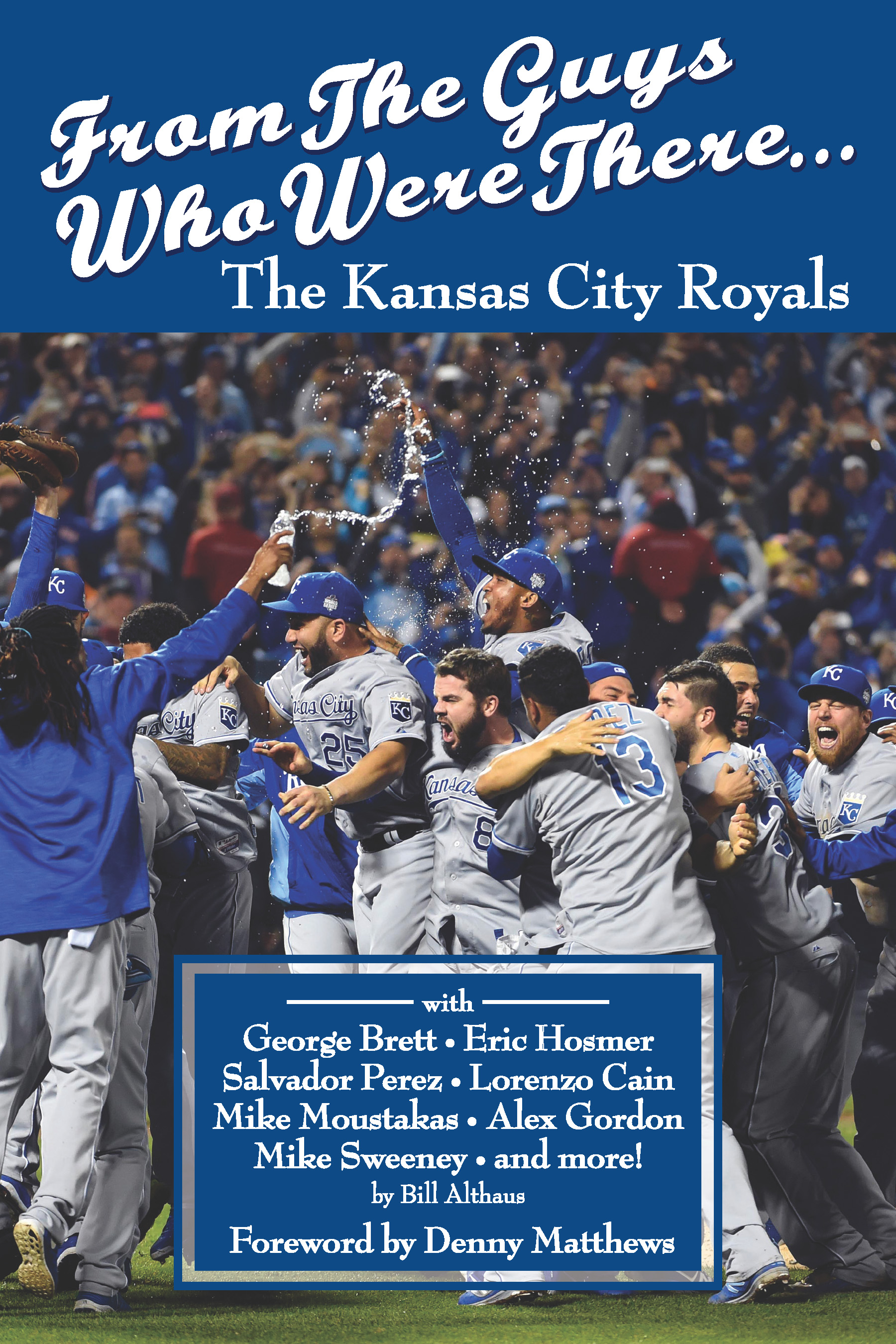 From The Guys Who Were There… The Kansas City Royals

"From The Guys Who Were There… The Kansas City Royals" takes readers behind the scenes of the 2014 and 2015 seasons, with first-hand stories from players, coaches, front-office staff, and fans alike. It also takes a look back at the first world championship season from the players who won it, players such as Buddy Biancalana, whose World Series fame paved a path to a seat on the couch next to David Letterman;Hall of Famer George Brett, who talks about the thrill he experienced winning a world championship and then watching this year's team accomplish the same feat; and Frank White, who joined the iconic Jackie Robinson as the only second-basemen to hit cleanup for their respective clubs. You'll feel like you're sitting between Mike Moustakas and Eric Hosmer as they watch the action out on the field. You'll share in the icy delight of Salvador Perez's post-game dunking celebration and feel like you're a member of Ned Yost's staff as he commands a team that defied the odds by ending 30 years of frustration with a World Series title that was celebrated by more than 800,000 fans in downtown Kansas City. "From The Guys Who Were There… The Kansas City Royals" is a collection of personal stories. And it doesn't get more personal than the arrival of Blaise Royal Zobrist—little B. Royal, the daughter of Ben and Julianna Zobrist—whose pending arrival became one of the most prominent storylines during the postseason among Royals Nation. Above all, "From The Guys Who Were There… Th e Kansas City Royals" gives you something better than a front row seat. You're on the field, in the dugout, and the post-game interview room for an up-close-and personal look at the team that shared every triumph with the best fans in baseball. Buckle up and get ready for a ride into the stratosphere with the world champion Kansas City Royals.

Bill Althaus is a longtime award-winning sportswriter and columnist from The Examiner in Eastern Jackson County, Mo. He has been honored by United Press International, the Associated Press, the Missouri Broadcasters Association, and the Missouri Press Association—among others—for his work in several mediums. The Independence, Mo. native lives with his wife, Stacy, in Grain Valley, Mo. They have two sons, Zach and Sean. This is Bill’s eighth book. He has covered the Kansas City Royals since 1976, including a stint as beat writer from 1982-2003.