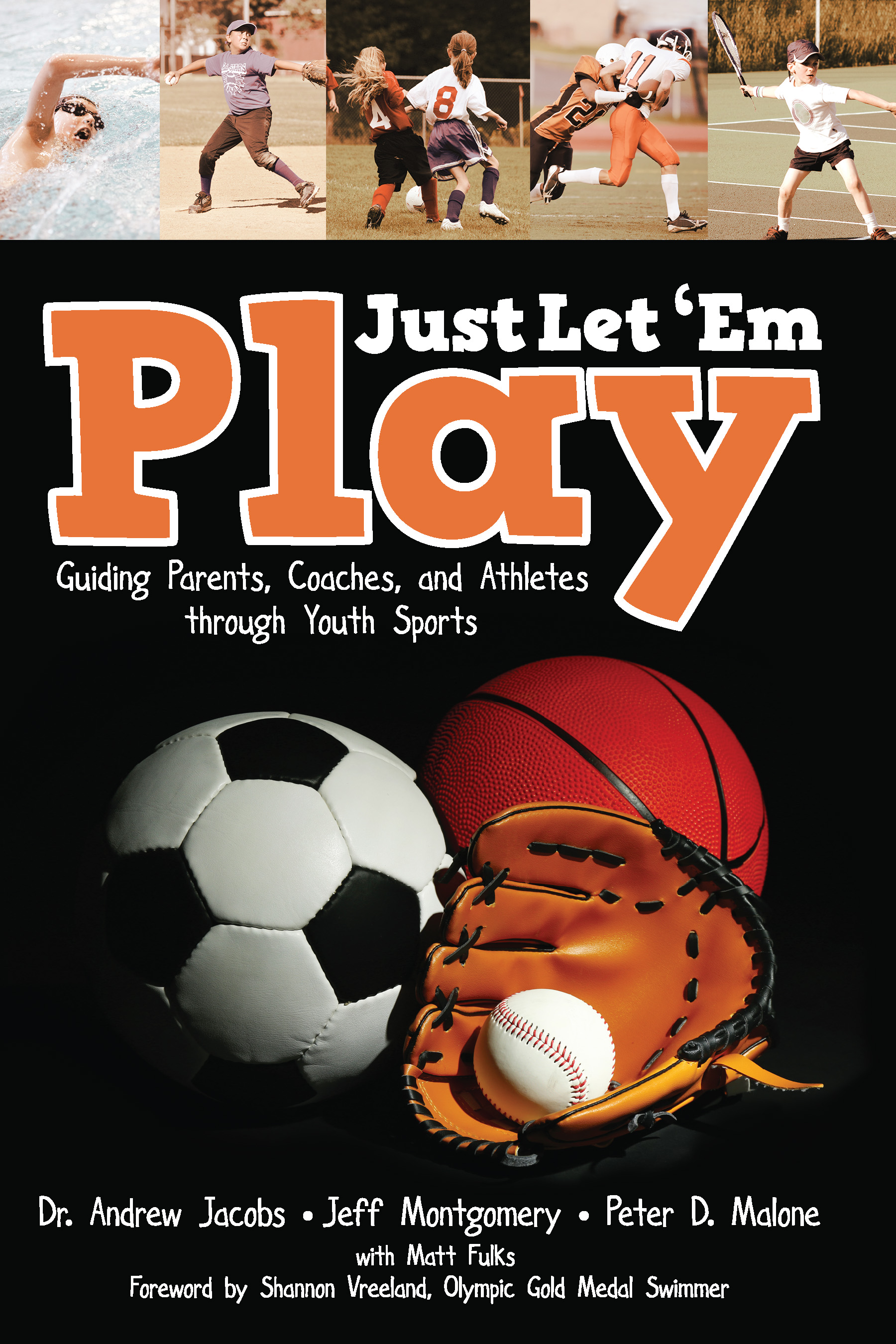 The stories seem more prevalent today than ever: coaches, and parents pushing kids to the point of "burnout" before high school, parents fighting with referees and umpires, coaches berating kids in front of teammates and parents, and even kids using performance-enhancing drugs. Renowned sport psychologist Dr. Andrew Jacobs, longtime Major League pitcher Jeff Montgomery, and Hall of Fame swimming coach Peter Malone have seen first-hand the issues that are making youth sports increasingly difficult for parents, coaches, officials, and especially kids to navigate. Jacobs' clients, who range from elementary school to professional athletes, regularly talk to him about "burnout"-even before high school. Montgomery, who almost walked away from baseball after four years in the minor leagues, stuck with it and went on to become a three-time American League All-Star and the 1993 A.L. Reliever of the Year during a 13-year major-league career. He learned about today's "win-at'all'costs" mentality while coaching youth baseball for almost a decade. Peter D. Malone coached more than 10,000 swimmers during his 44-year career. During his last 35 years of coaching, he was the general manager and head coach of the Kansas City Blazers, a program featuring swimmers from recreational to Olympic levels. He coached four Olympic gold medalists. In Just Let "Em Play: Guiding Parents, Coaches, and Athletes through Youth Sports, Dr. Jacobs, Montgomery, and Malone utilize decades of experience and training with amateur and professional athletes to explain the importance of winning and losing, success and failure; why it's okay that not every athlete receive a trophy; and the role of parents, coaches, officials, and athletes.

Dr. Andrew Jacobs is one of the top sport psychologists in the United States. He works with athletes of all ages from youth to professional in areas from concentration to motivation and team building to sportsmanship. Called a "pioneer in mental training," he became one of the first sport psychologists to work with the U.S. Olympic team, professional teams, and a major university. Since 1992, he has hosted an extremely popular weekly sport psychology radio show. He has produced numerous audio programs on success and visualization and has given more than 1,000 speeches nationally about mental training and sportsmanship. He has worked with numerous professional and collegiate teams, including the Kansas City Royals, the Chicago White Sox minor-league system, the University of Kansas, Sporting KC, and the United States Olympic cycling team. He has consulted with national organizations in swimming, golf, and tennis, and has been interviewed nationally on radio, television, and in print media. He has appeared on numerous national television and radio shows including Good Morning America, MSNBC’s Scarborough Country, and Quite Frankly with Stephen A. Smith. Jacobs, who has two sons, lives in the Kansas City Area.
Jeff Montgomery pitched 13 years in the major leagues, 12 of which were spent with the Kansas City Royals. While with the Royals, Montgomery became one of baseball’s most dominant closers, saving a Royals record 304 games during his career. A three-time All-Star, 'Monty" was selected as the American League’s Reliever of the Year in 1993 after finishing tied for the league lead with 45 saves. Montgomery was the tenth player in Major League Baseball history to save 300 games and the first to get all of his saves with one club. Since his retirement, Montgomery, who was inducted into the Royals Hall of Fame in 2003, has been a youth baseball coach, a television broadcaster with the Royals on FOX Sports Kansas City, and is a Vice President for Union Broadcasting. He and his wife, Tina have two daughters and two sons.
Peter D. Malone was the general manager and head coach for the Kansas City Blazers, a competitive swim team in the Kansas City area, from 1975-2010. Before coaching with the Blazers, he coached the Greater Toledo Aquatic Club from 1968-1975. Malone was named to the USA Swimming Top 25 Most Influential People in the History of Swimming. He was the recipient of the 2001 USA Swimming Award for outstanding overall contribution to the sport of swimming. He served as USA Women’s Swimming head coach for the 2004 Short Course Worlds and as USA Women’s Swimming head coach for the 1999 Pan-Am Games. He was a member of the USA Swimming Steering Committee and was consulting coach to the 1988, 1992, and 1996 U.S. Olympic Teams. Malone was assistant coach for the USA National Team. He was inducted into the American Swimming Coaches Association Hall of Fame in 2009. He developed and/or coached Olympic gold medalists in 1992, 1996, 2004, and 2012. He presently resides in the Kansas City area with his wife, Jane. They have three grown daughters and seven grandchildren.
Matt Fulks, a Kansas native, is the author/co-author of more than 20 books. After graduating from Lipscomb University in Nashville, Tenn., Fulks pursued a journalism career that has allowed him to work in almost every form of media. He’s written books with NFL Hall of Famer Marcus Allen and former Major League great Frank White and has completed projects on the Final Four and the Super Bowl for CBS Sports. He lives in the Kansas City area with his wife and their three children.